Defender Europe 2020: the biggest NBC exercise in Europe in the last 100 years? 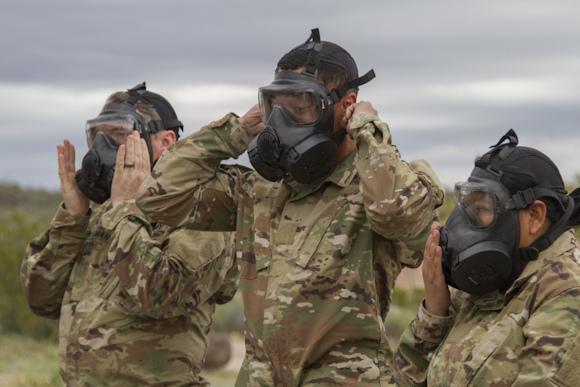 Like that for the coronavirus emergency, there seems to be only panic for the next NATO exercise: the "Defender Europe 2020".

For weeks it has been arguing in an extremely original way on aspects ranging from foreign invasion to the danger of the spread of the coronavirus to even the alleged excessive pollution of the US M1 Abrams tanks!

- An exercise like the one to be held from April 20 to May 20 does not take place in a few months, the military are professionals who plan ahead for an deployment of men and vehicles. In this case we are talking about 20.000 Americans to add to 9.000 already present on the European continent. To these will be added 8.000 from as many as 17 countries. If we consider that 2.600 of these will be British, the commitment of the rest will be - as usual - little more than symbolic.

- The forces in the field, although they are part of the "largest exercise in Europe in the last 25 years", are little more than a division with a few thousand means between the various dimensions (air, sea and land).

A provocation towards "Russia"? (the correct name is Russian Federation, but don't tell our politicians ...)

What the Russians call a "provocation" is ... in all respects a "provocation against the Russian Federation". The figure is not obtained from the miserable numbers put in place with respect to the counterpart's homologous exercises, but rather from practice areas: Central Europe, the Baltics and ... Georgia! Last September Russian Foreign Minister Lavrov stated that in the event of the country joining NATO "we will not start a war, but such conduct will undermine our relations with NATO and with countries willing to join the alliance". How to consider therefore the inclusion in the Defender Europe Georgia if not a blatant provocation?

Okay, but then the huge exercises of the Russian Federation of the last two years? !!! They took place far from European borders and when three years ago It was held Zapad 2017 ("West 2017"), between the Russian Fed and Belarus, the forces close to the European border did not exceed 13.000 units, just a few brigades, a force little more than symbolic even just to be considered a threat to a city, let alone for a single country. 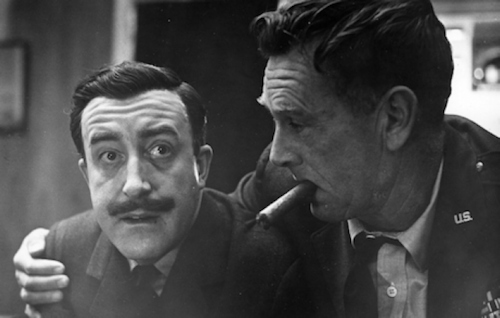 The problem lies in the true limit of NATO: the most powerful military instrument on the planet

Since the thirty-year end of the Cold War, the Atlantic Alliance has pursued a policy of expansion that has incorporated all that it could of the previous challenger.

In 2020, hearing about "Russian threat and aggression" (in "reserved" environments more than you might think ...), especially for those who lived through the years of the Cold War, appears frankly ridiculous.

Do you know how many languages ​​the NATO website is translated into? Four: English, French, Russian and Ukrainian ...

Given the 29 members of the alliance there was no room for languages ​​such as German, Spanish or - why not - Italian? It therefore seems that we do not want to overcome a genetic imprint of the Alliance which represents its true political limit.

The consequence of it all is that, when an exercise has to be held, the role of the “bad guy” touches unavoidably always to the Russian Federation.

On the other hand, in Europe against whom could a comparison be simulated?

Sweden? IKEA is too popular and popular ...

Finland or Switzerland? In a real conflict NATO would lose too!

And in any case for years the Alliance has also signed agreements with all the aforementioned countries.

There is little to do: as long as NATO has blinders - or Berlusconi does not become president again - the Russian Federation will always represent the adversary. 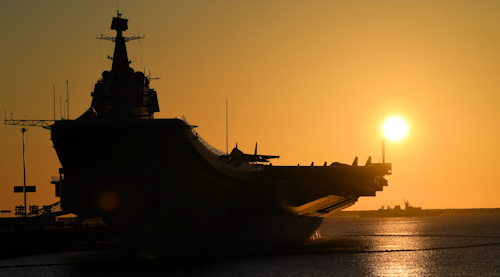 In the meantime, the US is preparing for the next world conflict ...

In the world, only one contender has been preparing for some time to challenge - even militarily (photo) - the US superpower: China.

For years there has been a constant rearmament to prepare for an appointment deferable but inevitable. It is done in silence and with, unlike the Russian Federation, a formidable weapon of mass destruction: the purchase of foreign public debt.

If the Alliance wants to remain champion of the freedoms that so much propaganda, in 2021 it will not be the case to organize a large-scale exercise in the Chinese sea between Japan, South Korea and why not "Formosa"? Chinese could be added to the languages ​​of the NATO portal. And the inevitable failure to repurchase the first 100 billion US debt ...

The pandemic (let's call it what it has been for months!) Will not be in the least "influenced" by the US presence. If anything, the 20.000 soldiers who will return home in a few months will be: potential "greasers" in a media climate in which "panic" could spread.

The risk is therefore not for Europeans already in full emergency today, but for the USA and their "commander-in-chief". A president who wasted no time in killing General Soleimani because he dared to de facto fear, with the siege of the US embassy in Baghdad, a hostage crisis like in '79 (it cost Carter the presidency), will want to arrive in the November elections on charges of facilitating a pandemic and perhaps a few dozen or a few hundred soldiers who died on the thigh ..., on the presidential budget of the first four years? 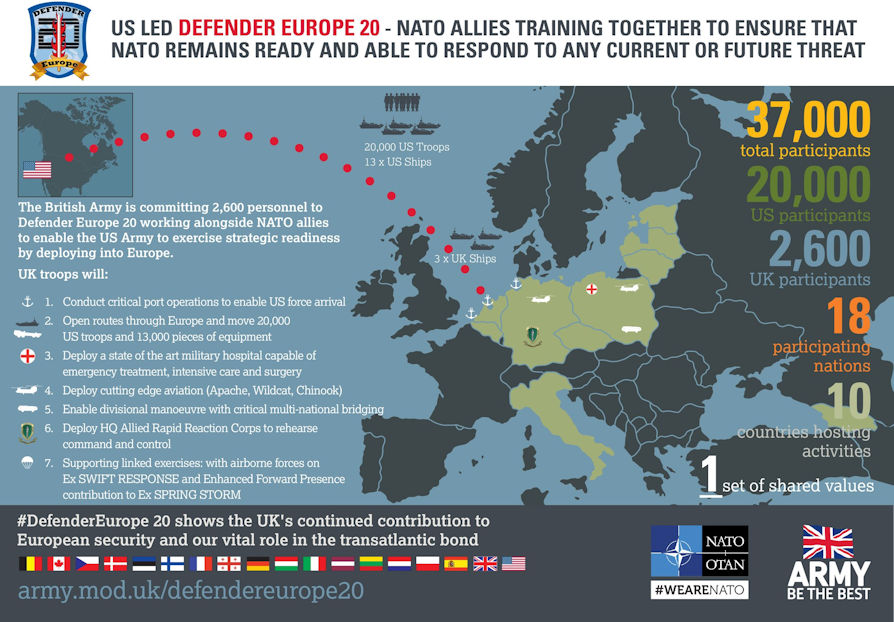