Home Recommended Publishing Coronavirus: we are far from the peak and for ... 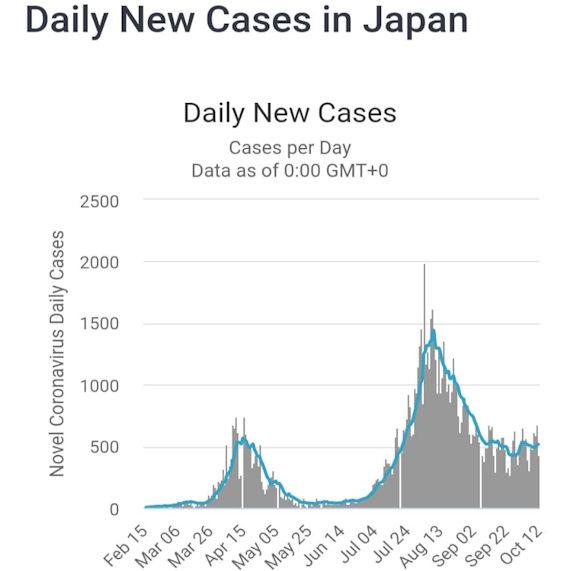 Don't you get hives when you hear this “recovery” of COVID-19 defined in Europe and other regions as “second wave”, with a not too veiled comparison to the Spanish influence of the early twentieth century? In reality, it is always ... the first, as "the zeroing of the cases has not occurred and therefore now, as expected, it starts again". This was rightly stated by the doctor, former actor and consultant to the Minister of Health Gualtiero "Walter" Ricciardi, continuing: “What we have done is flatten the epidemic curve but it has never been cleared. When there were favorable conditions, that is the summer behavior, combined with the first cold, the curve resumed. We can call it second because it corresponds to the new season, but the pandemic is always the same "1.

Il lockdown last spring, with a "Chinese" duration (about ten weeks) that hit many businesses to death, therefore, it did not hit any rational target: we are back to back with the same pandemic.

But will the situation really lead to "a rapid collapse of intensive care with an estimated 151 thousand hospitalizations"? No, because those who say it lie knowing they are lying: in all of Europe there are 151 thousand places in intensive care and therefore these new Nostradamus use this hyperbole not to announce the death of 120-150 thousand people within a few weeks, with the risk of being easily denied (and mocked) by colleagues and the press.

But what will happen? Well, two months ago we took three cases as examples of countries falling into the so-called "second wave". Let's see how they are now, ten weeks later.

The Land of the Rising Sun came from a "first critical phase" that lasted from the last decade of March to the first of May, with peaks of 700-750 cases per day and a lethality that almost always remained within the 30 victims in the twenty-four ' hours. 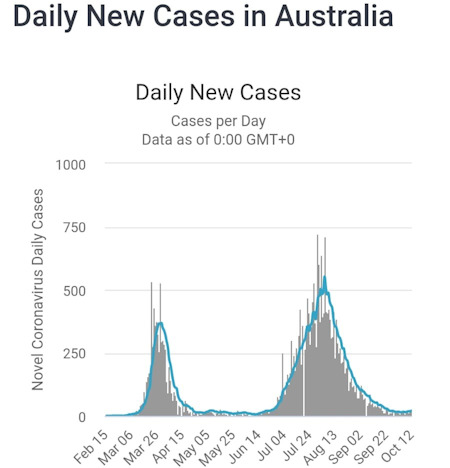 The emergency has never been addressed with mass quarantines as in Europe, but - exactly like in Sweden - in compliance with constitutional dictates and asking citizens to collaborate.

The "second wave" started very early, in the second decade of June, after a few weeks with less than 40 cases per day, exceeding the March peak as early as July 24 (927 vs. 743) and reaching a new peak (1.998 positive in one day) on August 3. Following that date, the graph began to decline, stabilizing between 450 and 650 cases up to the present day. In short, it circulates a lot but has a low lethality: it has never exceeded 20 deaths in a day.

Everything suggests that COVID-19 is still very active and circulating, but also that the hygienic habits and discipline of the Japanese help to manage it effectively.

The premise is that the land of kangaroos is not a country with a high human density like Japan: between one city and another there are often thousands of kilometers and many families / communities live in isolation. Not even the southern metropolises are comparable to that anthill that is Tokyo.

The graph speaks of a "first phase" which lasted between mid-March and mid-April, therefore shorter than in the Rising Sun and a "second phase" with peaks only 50% higher than in spring (while in Japan there were almost three times higher) but in duration and in a period similar to the Rising Sun. Lethality, however, was significantly higher, although never seriously worrying, with just under 500 victims in August.

After the “second peak”, the number of cases dropped to the point of almost canceling out. The government has often and willingly resorted to lockdown, however in terms of duration and weight not comparable to that suffered by the Italians: it must be said that the closure of the borders has played a decisive role. 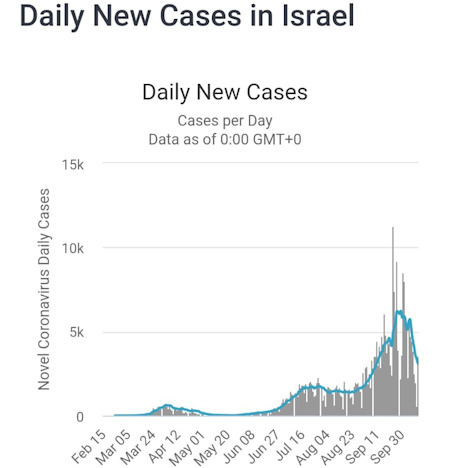 The Jewish state in the first phase - between mid-March and the end of April - had had the "misery" of 16 thousand cases, very little - we can really say it! - in comparison with the 280 thousand in the period between the beginning of June and mid-October: however, after the peak of 11 thousand cases in a single day, on 23 September, also following very severe restrictive measures, the graph marks a decline, partly comparable to that of Japan. The deaths, which had been 61 in the week between 12 and 18 April, were 204 between 3 and 9 October - a threefold increase compared to ten times the number of cases.

It must be said that the ultra-Orthodox Israelites represent 40% of the newly infected, due to not a few difficulties in imposing on them the respect of the rules of distancing and hygiene.

If we were right in July to trace these three cases as examples of what awaits Italy and, more generally, Western Europe, then we can say that most countries will have a peak of cases in the autumn season, which said peak will be one, two, three or even four times greater than that of March-April, which most likely the number of deaths - nationally - will not equal the record figures of last spring but will certainly be in the order of 50-200 cases per day for the most populous countries, which after the peak the number of cases will decrease but will not return to the “reassuring” figures of last summer and that more stringent measures will still be necessary. These measures will be local lockdowns, the immediate application of which would help not a little even now. Among other things, there is no serious tampon policy.

But not only these: we are neglecting serious problems to focus on nonsense like "six friends at dinner together" which only serve to distract Italians. For example, personally, I have doubts about the sustainability of the opening full time high school: children 14 and older do not need a caretaker in the house. It is to be believed that we could also do without gyms and football schools. Just as we could re-discuss the opening hours of offices and companies, to avoid crowds on public transport during peak hours.

I also have very strong doubts about the widespread use of serological tests that generate a false sense of security, about the fact that privately made swabs cannot be charged to the health system and about the methods of "drive through" tests.

Too many things do not add up to say that we are heading towards the peak and soon the cases will drop as in the three sample countries: probably in Italy we are still at the foot of the mountain and we will climb it last in Europe, convinced that they are the smartest.

Let me paraphrase Rhett Butler and state that, unlike other analysts, I believe that of ...
8822
Read

Online Defense readers often ask me if it would be no less painful for Ukraine to give up and accept a ...
5064
Read

102 days of war brought to light many aspects of our country that were easily imaginable or we had ...
4994
Read

"The West has grasped the desire to create peace plans that should lead to a solution to the crisis in ...
2182
Read

Dear reader, For nine years Difesa Online has been fighting with its strength together with the help of some readers and sponsors. The...
6091
Read

Last week there was a controversy over the downsizing (decided by the previous government) of the military ...
3642
Read

For over a month the news concerning Fincantieri, the most important shipbuilding group in Europe, ...
14006
Read

These days Ukrainian fighters are receiving arms supplies from NATO and other countries of the ...
10642
Read