Home Recommended Publishing Coronavirus: the risk of infection of the p ...

Coronavirus: the risk of the infection of President Conte and the lack of a vice premier 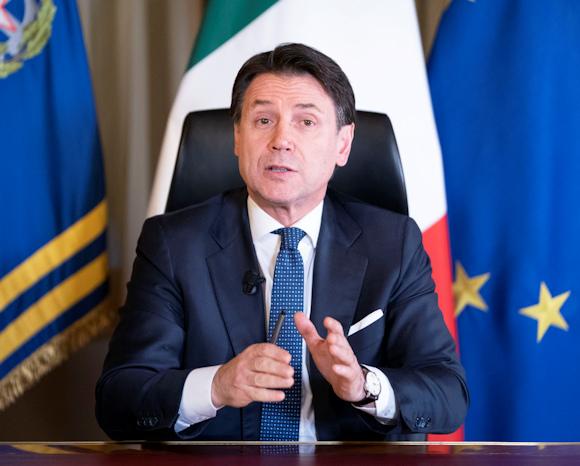 The implementation of temporary measures, which suspend in whole or in part the existing rule of law in order to restore order and security and, therefore, the suspension also largely constitutionally guaranteed rights to defend the Constitution in force configure, in the words of the German jurist and political scientist Carl Schmitt, the state of exception.

In each system we find a figure who can decide with sovereign powers if there is a state of exception and take measures, even apparently contrary to the constitution, to impose it, for a limited time.

The Italian Constitution does not know the figure of the President in charge of executive power, nor that of the Prime Minister / Chancellor who decides on behalf of the entire government, as is present in other western systems. However, in the last two weeks the evident state of exception that has taken place in Italy has been based on ordinances, more precisely on decrees, signed by the Prime Minister and the competent ministers. In conclusion, for the first time the so-called head of government did not just dictate the line or coordinate the team, but made use of sovereign powers, deciding to suspend a part of the constitutionally guaranteed freedoms to save the entire body of the Nation and the same Constitution.

Let me pass the deadline: President Giuseppe Conte in doing this acted as a man alone, even more because, following the agreements that in August / September 2019 led to the formation of the Conte II government, the vice premier's figure has disappeared.

Presidents Conte and Mattarella (with the latter having his deputy in law and in fact in the President of the Senate) will forgive me for the daring of a question: it does not seem risky to you that the prime minister does not have, so to speak, one backup option in the hypothesis, unfortunately not only statistics, that the infection or the need for a quarantine affects him? After all, it would be enough: the Prime Minister could appoint a figure of guarantee, in the worst case scenario and in the absence of an agreement between the forces that support the government, a former President of the Constitutional Court, then reserving himself, once the emergency it will be less pressing to move him to another high-prestige assignment, if the majority will not recognize each other.

Allow me, conscious of counting how much the two of spades when the trump is clubs, given the gravity of the situation to propose or the same minister of the economy Gualtieri, whose appointment would be well digested in Brussels and by all the financial institutions interested in our public debt, or the ex governor of the European Central Bank, Mario Draghi.

In short, we avoid the extreme danger of a country de facto governed by a commission dictatorship that suddenly finds itself beheaded of its summit.

Photo: presidency of the council of ministers