Coronavirus: Services warned US, NATO allies and Israel. Other than plots! 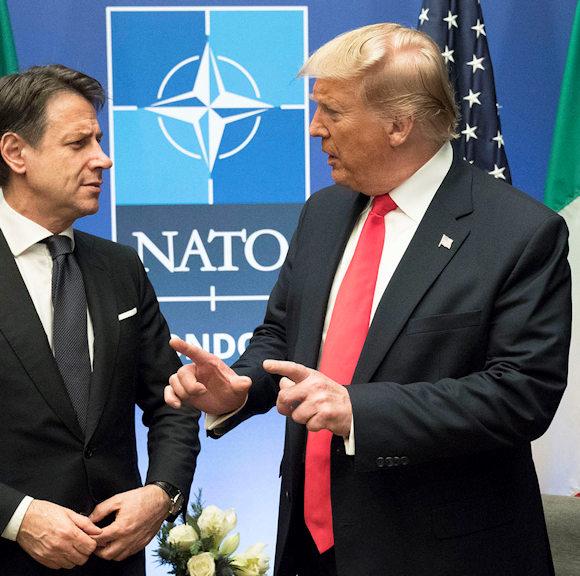 "Do you notice me more if I come and stay on the sidelines or if I don't come at all?" - Paraphrasing Nanni Moretti, probably in Rome someone wondered if it is better to admit softly to having received classified communications on the danger of a pandemic and not to have read them (as the American president seems to have done) or if it is worth denying until death any communication. For now, the Italic heroes are perched on the position of denial at all costs.

Let's go in order and reconstruct what is known through the most illustrious international media.

Some "brilliant" commentators will degrade all this into a plot: frankly, it is a somewhat miserable attempt to cover, even in good faith, what happened when the damage to the pandemic could still be limited.

The pandemic? She had been waiting for US spies for at least three years

Let's start with NBC1, according to which it is an established fact that for years American intelligence has kept an eye on the danger of a new pandemic caused by a Chinese coronavirus: despite the fact that they had failed "To anticipate some major developments, from the disintegration of the Soviet Union to the rapid growth of ISIS ... the spies have predicted something like coronavirus".

For years, US intelligence agencies have warned of the growing risks of a global pandemic that could strain resources and damage the planet's economy, noting that the frequency and diversity of global disease epidemics has increased.

In a threat assessment worldwide in 2018 and 20172,3, intelligence analysts even cited a cousin of the current COVID-19, stating that it had "pandemic potential ... and to acquire efficient human-to-human transmissibility." The evaluation of the Office of the Director of National Intelligence according to which is from January 2019 "The United States and the world will remain vulnerable to the next pandemic ... which could lead to massive death and disability rates, seriously compromising the world economy".

NBC recalls that the United States spends more than $ 80 billion a year on information collection.

The epidemic was already raging in Hubei in November 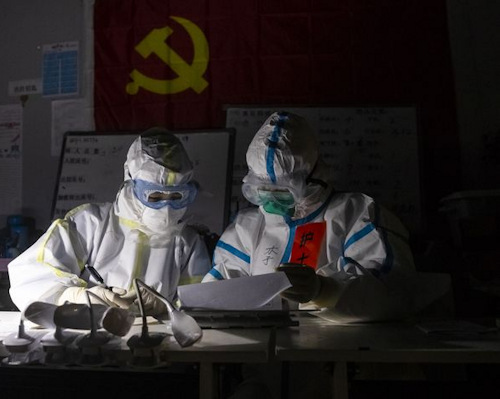 According to the Israeli channel Channel 12, the U.S. intelligence community became aware of the disease that emerged in Wuhan in the second week of November 20194. However, "As early as the end of November, US intelligence officials had pledged to warn authorities that a contagion was raging in the Wuhan region of China, changing living and working standards and posing a threat to the population, according to four sources " get to ABC5.

All the details were provided by an intelligence report produced in November 2019 by the US Army's National Center for Medical Intelligence (NCMI). Analysts were alarmed that an out-of-control epidemic would pose a serious threat to US forces in Asia, forces dependent on NCMI's work. Not surprisingly, they advised the US government to "Intensify mitigation and containment efforts much earlier to prepare ... for an event that could be catastrophic".

Far from ending up only on Trump's desk, “The NCMI report has been made widely available to people with access to information from the American intelligence community. Following the release of the report, other bulletins from the intelligence community began circulating through confidential channels across the government. " around November 28th. According to these analyzes, "The Chinese leadership knew that the epidemic was out of control even though it kept such crucial information hidden from foreign governments and international agencies"6. Those who were to read it, that is, President Trump himself, purposely ignored it because "Notoriously refuses to read intelligence reports". Not surprisingly, the White House tenant made his first comment about the coronavirus on January 22, telling CNBC that "We have it completely under control ... everything will be fine." Recall that for now, the bill in the US is over 100.000 deaths ...

Despite Trump's silence, the Americans decided - while not providing the text of the report - to update two strategic allies with some classified content: NATO and Israel. Jerusalem took it so seriously that "Israeli military officials in late November discussed the possibility of the spread of the virus in the region and how it would affect Israel and neighboring countries"7. Conversely, the Ministry of Health did not consider it necessary to take any precautionary measures8. It is good to remember that Italy is a member of NATO and is not excluded from any briefing and classified information. 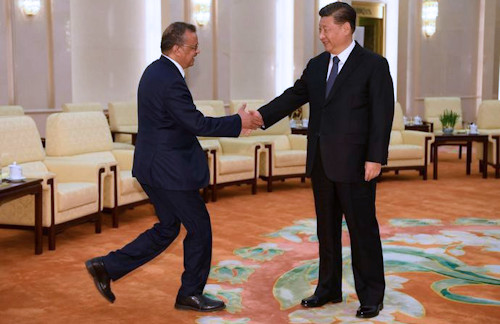 China still wanted to hide it in January ...

While the world still knew little or nothing about the upcoming pandemic, Chinese President Xi Jinping was busy putting pressure on the director of the World Health Organization in January "To refrain from issuing a global warning about the coronavirus epidemic"9: the January 21 conversation between Jinping and Tedros Adhanom Ghebreyesus was published by Der Spiegel10, who cited a report from the German intelligence services. "Beijing's efforts to silence scientists, journalists and citizens and spread disinformation have exacerbated the dangers of this health crisis", as stated by the US State Department11.

Evidently, almost all of them abroad have freely published confidential reports and classified information: then, with us, certain Italian commentators hastily declassified all this material as "plots" just to make it less credible for the reader. Please spare us the hunt for the "conspiracy witch" and think that we could have at least partially prevented the massacre.

Also read: "Coronavirus: Parmitano was informed in NOVEMBER. Could Conte not know?"

Photo: presidency of the council of ministers / Ministry of National Defense of the People's Republic of China / web

Let me paraphrase Rhett Butler and state that, unlike other analysts, I believe that of ...
10351
Read

102 days of war brought to light many aspects of our country that were easily imaginable or we had ...
5239
Read