Home Recommended Publishing Count: a small step back for a man ...

Count: a small step back for a man, a huge step forward for the country? 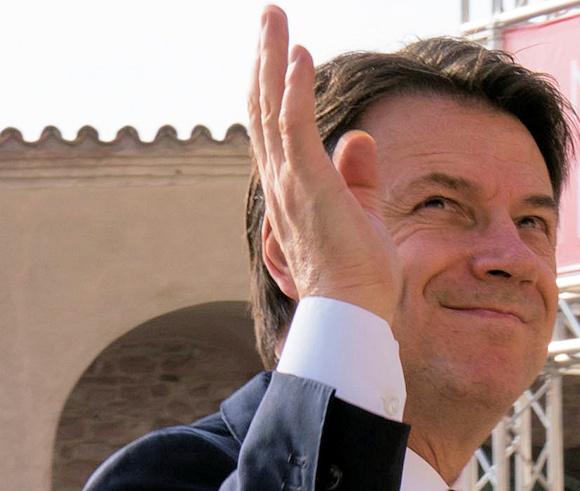 With an ongoing global emergency, the prime minister accuses of "electoral speculation" and calls for cohesion and unity, not controversy. Yet another excusatio non petita ...? If part of the opposition drinks it and lets it be done, as ordinary citizens, it is not our intention to listen without raising doubts.

On December 31, 2019, the government found out that the Chinese regime reported to the World Health Organization (WHO) a cluster of pneumonia cases of unknown etiology, later identified as a new coronavirus (2019- nCoV), in the city of Wuhan, in the Chinese province of Hubei.

For the entire month of January that a country like China - what still censors the Tiananmen Square massacre and denies any freedom, starting from the information one - had quarantined tens of millions of people did not bring the necessary measures. Which? Those of these days for example. On January 30, in fact, in a press conference that replaced an activity on the agenda for the revival of government action President Conte announced the suspension of flights to and from China. Later we will realize that most of the flights to China did not take off from our country but from European hubs ... better late than never.

In the meantime, a few hundred cases - despite sensational measures for a China that thrives on trade ... - have reached 80.000 and then stabilized. This dynamic is described as "positive". Is it really? Is the opposability of the thumbs indispensable to think “maliciously” that the data declared by China were widely underestimated and that for a certain period of time they were inflated to make the declared and actual data coincide?

Meanwhile in Italy, worried by cases of single idiocy, politics has confused an epidemiological alarm for racism. 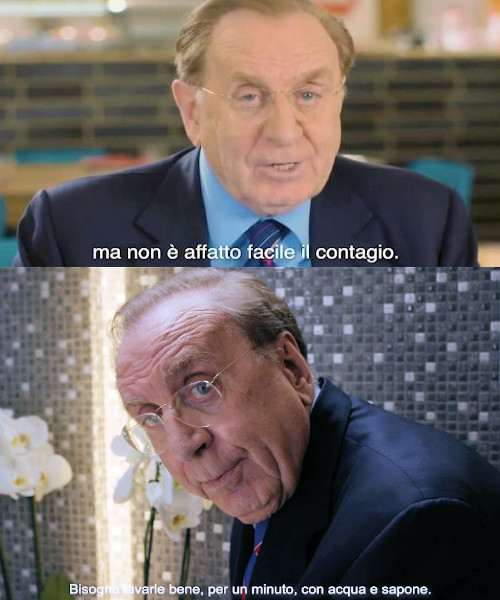 Professor Mirabella, commissioned by the government, for weeks reassured the public with two wands in hand, stating that "contagion is not easy at all". Meanwhile the cases on the Diamond Princess had gone from 1 to 700 ...

What then happened when the containment dam (despite the airport temperature checks) collapsed? He put his finger in the holes already evident for a month!

And Mirabella? Initially it turned a reassuring message into a "wash your hands for a minute". But how?! First "contagion is not easy at all" and then triple that recommended by the Ministry of Health !!!

Since the geniuses of communication make politics, did we then move on to the presenter Amadeus? Character not yet disgraced by a script.

Conte's message / warning is now: "This is the moment of cohesion and national unity, not of controversy. Italy expects a responsible attitude from all political forces, inspired by collaboration and professionalism. Our decisions are always based on the evaluations of the technical-scientific committee. In the public debate everything and more is said; but we must trust the judgment of the experts and then always take into account the concrete practicability of the solutions, not just evaluating them only in the abstract ".

The ministers who crowd the press conferences constantly stress that everything is under control, we are the best in Europe and that the "political" accounts will eventually be made.

At the end? And why? We grew up hearing and saying that the value on which the Republic was founded was anti-fascism. If there has been persistence for decades on this point, that it was right to fight and oppose a government - during a war! - why discounts should be made today in the face of bankruptcy emergency management?

So why shouldn't a government crisis come? Would the enlightened leadership of some leaders fail? The Italian Constitution does not provide "Empties of power".

Dear readers, as usual will come given order to squadristi from keyboard to pour more castor oil in comment of yet another irreverent editorial by Online Defense.

For the present and future dead, we look forward to the resignation of the government and "cohesion and national unity": A government with all the political forces to face united a historical emergency. Maybe with an agreement he puts ban individual political messages on social media for months.

Photo: Presidency of the Council of Ministers / RAI

Net of the "winds of war" that blow from the east, Italian public opinion is totally focused on the elections ...
5519
Read

On January 19, the handover for the national contingent, which has been involved for over 6 months, should have taken place ...
4828
Read

We have praised almost subversive the "extraordinary commissioner for the implementation and coordination of measures ...
3560
Read

After 22 months of detention, the Egyptian student Patrick Zaki was released (although he was not cleared of ...
4463
Read