Home Recommended Publishing Cerciello: the gun would not have been ...

Cerciello: the gun would have made no difference 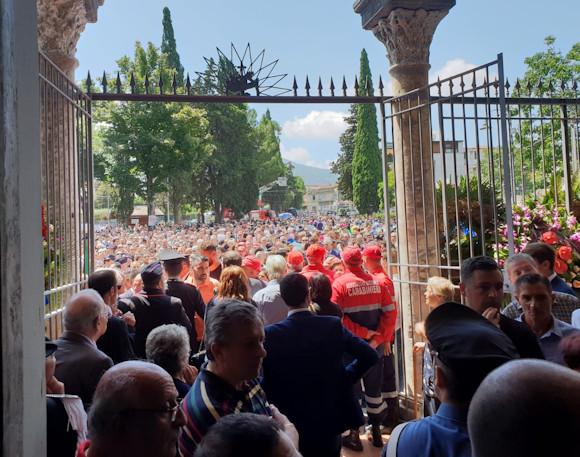 Cerciello died because he didn't have a gun. This is the mantra that is repeated by too many regarding the tragic death of the carabiniere.

We will never know for sure why the carabiniere realized too late of the attack, but it is certain that his orderly gun would not have made any difference!

Studies and researches clearly testify (the valid martialist Dan Inosanto demonstrated this in a video v.link) that a man armed with a knife is potentially lethal against a policeman armed with a gun at a distance less than the 6,40 meters ("rule of 21 feet"). And yet in the Belpaese we continue to argue that a gun would prevail over the knife ...

So that death in our fellow citizen was not in vain e in the hope that the governing bodies will take really effective measures against such attacks, let's try to deepen the topic.

By convention we define as "A" the guardian of the law, as "B" the aggressor, as "C" the environment or crime scene and start an academic analysis ...

A: Is he armed? What type of holster does it carry? Are you ready for reflexes? How old is the age difference with B? Does it have the ability to extract the weapon at speed? Stocking shoes with rubber soles? Do you have clothing that allows you plenty of movement? Do you have adequate martial skills? What kind of body does it have?

B: Is it armed? What age does it have? Is it under the influence of drugs that make it more agile and resistant to pain? Do you have martial skills? Stocking shoes with rubber soles? Do you have clothing that allows you to move around and hide weapons of generous size? What kind of body does it have? 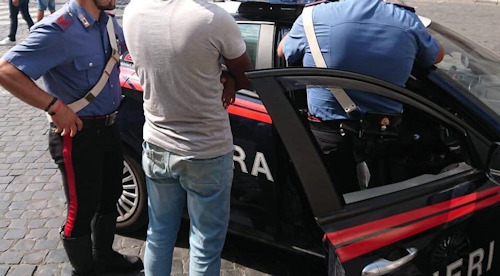 C: The land where the operation of what kind is it takes place? Are there steps, paved floors, grass, snow, gravel etc? Are there any obstacles between them? Is there a climb and who is higher up between the two?

According to experts, the knife is the most subtle, terrible and dangerous weapon to deal with: easy to buy with little money anywhere, easy to hide and disappear, very easy to use because it does not require special training. Never get caught! It has been the perfect weapon for millennia.

Returning to the 6,40 m, there is reason to believe that the surprise factor and the variables exposed above dramatically impact against A. Another important detail is that if B was hit by a bullet or more than one it would not necessarily fall on the spot, because the momentum would allow him to reach his destination anyway. However, if it were struck on some vital organs or on the "T" (from temple to temple above the eyebrows and from the center of the forehead to the sternum) it would fall in place. The possibility of centering it on the first shot at the T is not guaranteed because A is placed under stress, assuming that it can extract the pistol from the holster, remove the safety (in this some models save precious moments, ndd) and shoot.

The shorter the distance between A and B the more the risks for A increase exponentially1. A Taser available in this case is like not having it, because the instrument is used against a motionless or slowly moving target. It also does not guarantee that B will be stopped immediately2.

Usually the martial artists use to hit with a few stab wounds in the right places, in the reality of the extremely variable road, the number and fury of the blows inflicted increase dramatically. Death can occur with extreme speed (as shown in the table) or A could be impaired with the cutting of the tendons that prevent it from further defensive mobility. Bruce Lee said that "facing a knife is a terrible experience". And he was certainly not a fool about it.

It deserves to deepen the question with what is explained by Fausto Di Gregorio, of security profession, in his "Professional Defense Manual" (Editorial Olimpia): "In the physical contact at the distance of 2 meters it is unthinkable that the gun can be extracted to open the fire, because at such a distance the aggressor, thanks to his 1,50 seconds of advantage, will have no difficulty in hitting his target" - obviously we talk about armed attack with pistol, but the substance is the same and then continues with - "In physical contact at the distance of the 2 meters (depending on the capacity of the individual) the unarmed defense technique is safer and more effective" (page 138, cases of direct physical contact; the technique of defense with bare hands).

To dispel any doubts in this regard, we report another interesting consideration by the good Di Gregorio regarding reaction times: “The extraction from the holster and the start of the first shot, in a moderately trained shooter, take place in 1,70 seconds; calculating 30 hundredths of a second between one shot and another (page 65) ".

Therefore, if an agent is at a short distance from someone armed with a knife, he is potentially in very serious danger of life3. The surprise effect, aggression and speed of aggression make the picture potentially lethal.

How can he seriously defend himself from B? With adequate bare-hand techniques and suitable instruments. In essence: bi-weekly cadenced training in the gym and equipment like a cut-resistant under-shirt jacket.

Of course, a new procedure that takes into account the safety distance to be kept in similar cases is not a bad thing, even if each case is a story in itself.

Let me paraphrase Rhett Butler and state that, unlike other analysts, I believe that of ...
9501
Read

Online Defense readers often ask me if it would be no less painful for Ukraine to give up and accept a ...
5136
Read

102 days of war brought to light many aspects of our country that were easily imaginable or we had ...
5059
Read

"The West has grasped the desire to create peace plans that should lead to a solution to the crisis in ...
2196
Read

Dear reader, For nine years Difesa Online has been fighting with its strength together with the help of some readers and sponsors. The...
6132
Read

Last week there was a controversy over the downsizing (decided by the previous government) of the military ...
3658
Read

For over a month the news concerning Fincantieri, the most important shipbuilding group in Europe, ...
14041
Read

These days Ukrainian fighters are receiving arms supplies from NATO and other countries of the ...
10713
Read

The Italian rhetoric of "with all the problems that exist, this is not the right time" is electorally understandable but ...
2025
Read