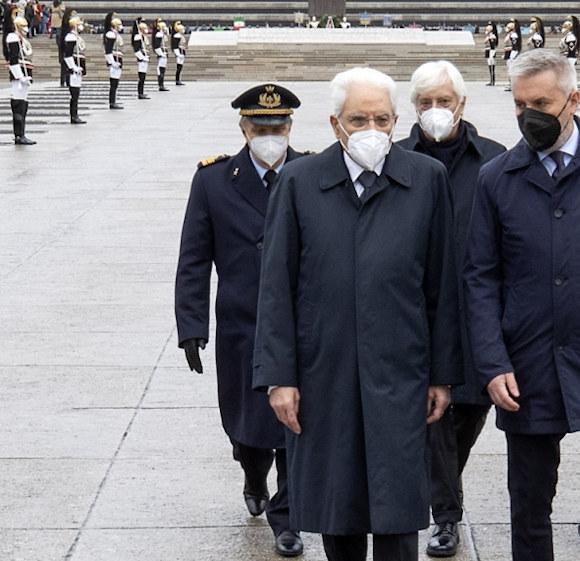 Dear President of the Republic Sergio Mattarella, he had "other commitments" but by serving he made himself "available" again.

I turn to you because, while you were busy packing your bags amid various ceremonies and greetings before the unexpected "extraordinary" re-election, some commitments ordinary in the management of Defense and Foreign Affairs they have been forgotten.

I trust in your intervention because having "the command of the Armed Forces" by article 87 of the Constitution (do not be offended, it is a clarification for the public, certainly not for you) and above all being a man above the parties and the exhausting commitments of party, movement or current, perhaps you will find the time to solve a problem.

The return of 200 Italian soldiers sent to Libya has been missed for weeks, in particular in service at the Misurata hospital. 200 soldiers means at least 200 families waiting. It might seem like a little bureaucratic mess, however following a similar episode lasted over three months (!) last year (with identical problems and related humiliations in the background), fearing an encore is legitimate (v.articolo).

Therefore, do not forget the men and women that we citizens have entrusted to you and intervene as soon as you deem it appropriate (immediately?). The uniforms worn by our excellent military abroad represent our flag: if they are demeaned, the insult is not just about them, it's about the nation.

To the next Supreme Defense Council (again art. 87 of the Constitution), then ask "What are we still doing in Misurata" to the ministers he decided to place further trust in last year.

Certainly that the authority of the President of the Italian Republic still counts for something, I trust he will be able to resolve - definitively - a story that seems to take on the characteristics of a tradition.

(A light note) Discussing yesterday with a friend, your colleague (if it was 1980), at mine "But it will stay for another seven years", he replied: "But look, I am convinced that, once the situation has stabilized and politics will be able to express authoritative figures, without hesitation, President Mattarella will leave office ..."

I would like to give you some advice: between seven years don't pack your bags too quickly, if you go on like this you might need you again!

Let me paraphrase Rhett Butler and state that, unlike other analysts, I believe that of ...
10352
Read

Online Defense readers often ask me if it would be no less painful for Ukraine to give up and accept a ...
5408
Read

102 days of war brought to light many aspects of our country that were easily imaginable or we had ...
5240
Read

These days Ukrainian fighters are receiving arms supplies from NATO and other countries of the ...
10915
Read