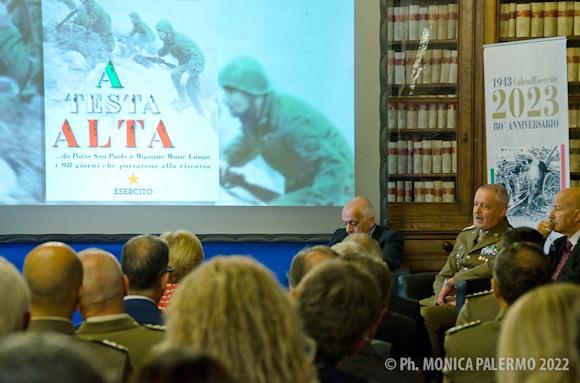 Yesterday morning the presentation of the "CalendEsercito 2023", this year entitled "With your head held high ... from Porta San Paolo to Mignano Monte Lungo the 98 days that led to the rescue".

On the eightieth anniversary of the events that followed 8 September 1943, we wanted to tell "What happened in the weeks following the armistice, when the Italian soldiers continued to fight to counter German aggression".

The editorial work was presented by the Army Chief of Staff, Corps General Pietro Serino, by Dr. Giuseppe Conti, professor of military history and contemporary history at the "La Sapienza" University of Rome and by Dr. Roberto Olla, historical popularizer and head of the "La Storia" column on Tg5, with the moderation of the journalist Flavia Giacobbe, director of ants.

The Army Chief of Staff, during his speech, wanted to illustrate the contents of the calendar, starting with the title. "Eighty years after those events, the 80 Calendar Army wants to tell the Italians what happened in the weeks that followed September 2023 and how, in just 8 days, the Italian Army was able to react, fight and win again to free their country, demonstrating a moral steadfastness that makes us proudly say: With our heads held high! ". 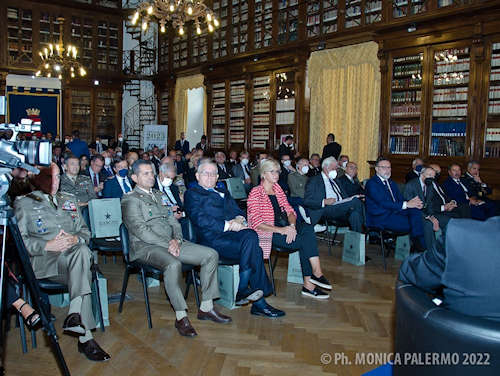 General Serino told how the choice of the theme is to be traced back to “Awareness that the destiny of the homeland could not be entrusted to others; that the oath of loyalty to the institutions required not to put away their weapons and that the Italians still needed their Army, the Army of the Italians, in order not to lose hope of a future for the generations to come. Hence the choice of a Calendar that tells why the Army was able to play a leading role in the aftermath of 8 September 1943 ".

It will be possible to buy a collector's copy of the CalendEsarmy 2023 at the 250 Giunti Editore points of sale.

The editorial work, now in its twenty-sixth edition, will contribute to support the National Work of Assistance for Orphans and Career Soldiers of the Army (ONAOMCE) to which a share of the proceeds from the sales will be donated.

The National Opera currently assists about 500 orphans of officers, non-commissioned officers, graduates as well as enlisted soldiers, to each of whom it provides annual subsidies for school training and for particular economic-family needs.

At the final press conference ... appreciating the brilliant idea of ​​celebrating a very present historical period in the memory of the Italians (as the epilogue of a conflict we had arrived militarily unprepared for) we asked General Serino if it will be possible to call "Head down" the next calendar in which the recovery of the delay in relation to equipment, training will finally be shown ...

The immediate response was: “We will remain with our heads held high also in 2024, because the commitment that all soldiers put in, from the volunteer to the Chief of Staff of the Army is never lacking. The work is done with what you have to get what you have to ... "

When we emphasize that "Head down" is used to indicate maximum commitment, General Serino comments that "In that sense we are then with bent shoulders and our heads down!" 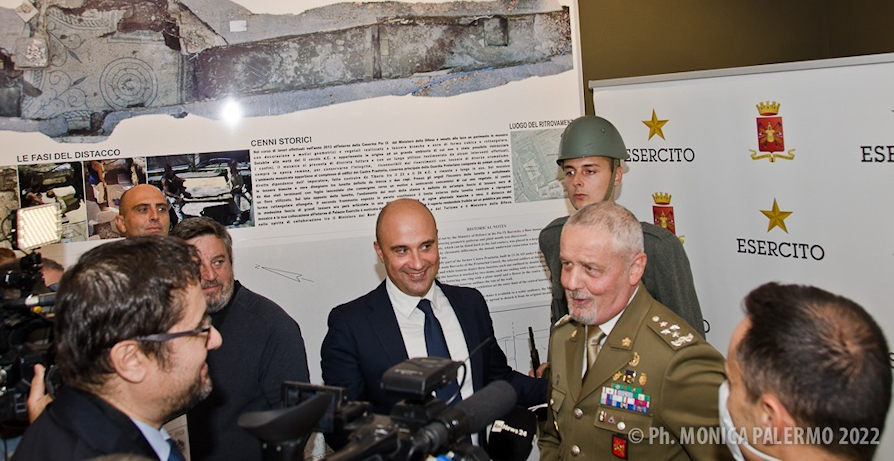 We are pleased with the optimism and quick wit of the Chief of Staff. Defense policy - seven months after the start of the war - seemed more interested in a "CalendEgreche" that the "Head down" Army calendars that we would like.

We trust that a competent, decisive and far-sighted political summit will soon arrive: of his precious party career we don't care and never give a damn, soldiers and the protection of the country's interests, yes.

Since the prime minister seems, in principle, to have broken the long tradition in ...
1924
Read

With the appointment of Guido Crosetto, to the defense department, after many years, Italy has a minister competent for this ...
3244
Read

With today's oath, in front of the President of the Italian Republic, Sergio Mattarella, the Meloni government ...
6305
Read

Potentially he is the best defense minister of the last century: shrewd and prepared he will not need people who ...
9464
Read

"I re-established relations with President Putin a bit, a bit a lot. In the sense that for my birthday he ...
7672
Read

Yesterday in Bulgaria, in the Novo Selo base, the transfer to Italy of the command of NATO Enhanced took place ...
2949
Read