Have a good trip, Antonello! 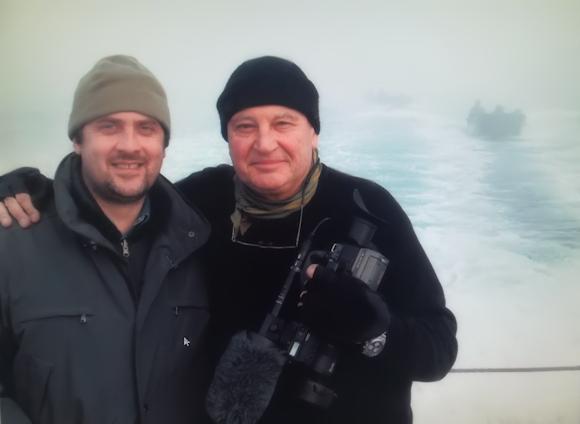 After a courageous fight against disease, Antonello Tiracchia left us. Eclectic and histrionic embedded.

I met Antonello during the Media Tour in Lebanon in the Christmas of 2009. It all started with the flight that left Bologna in the middle of a snow storm. Like in the best adventure films. What seemed like a normal trip to embedded instead it proved to be a testament to his great personality and human sense.

Tiracchia was an all-round artist: director and photographer with a keen eye, beautiful pen and talented graphic designer. Its many of the covers of Venditti records. He has shot documentaries all over the world.

He left an endless documentary activity to young people because he wanted them to see the world as they would hardly see it.

In Lebanon, it raised the morale of all of us and the military, while we were away from families at Christmas, with its memorable jokes.

I remember, as it was now, one night we got lost in the mountains on the border with Syria. It was dark, there was a fog that prevented seeing two meters. The signs were non-existent. At one point he told a joke! An absurd situation. The van had a frightening jolt, but not because of the potholes ... because the driver could no longer stop laughing !!!
I told him: Antonello if you don't stop, we'll end up out of the way! And in response: Yes Francesco, you are right, but I want to die by living!
Here, I understood what it was made of.

Have a good trip, Antonello. We will miss you very much!

Net of the "winds of war" that blow from the east, Italian public opinion is totally focused on the elections ...
5589
Read

On January 19, the handover for the national contingent, which has been involved for over 6 months, should have taken place ...
4831
Read

We have praised almost subversive the "extraordinary commissioner for the implementation and coordination of measures ...
3562
Read

After 22 months of detention, the Egyptian student Patrick Zaki was released (although he was not cleared of ...
4467
Read

"I work only for myself" thus, between laughter and grunts, the protagonist of the animated film says at one point ...
1202
Read