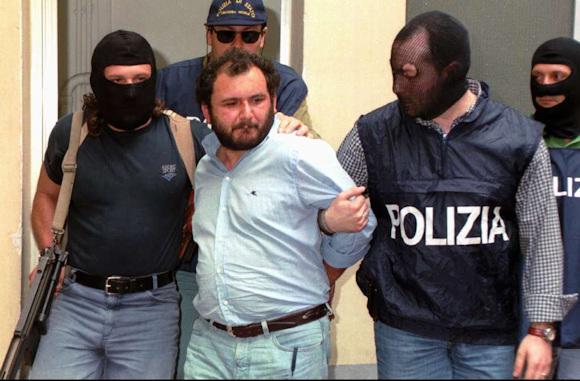 Giovanni Brusca, nicknamed lo scannacristiani, will be free after 25 years of imprisonment under 41bis. He will be released from prison because the benefits provided for "reliable collaborators" will also be applied to him. He should have been out in 2022 anyway, but he was granted an additional penalty for good behavior.

I remember when he was arrested in 1996 by the State Police, in the province of Agrigento, not yet forty.

Before they arrested him, Brusca had had time to become a feared mafia boss, perpetrator and instigator of numerous murders, including the attacks on judges Falcone and Borsellino as well as the killing of twelve-year-old Di Matteo, the son of a repentant. The arrival at the Brusca police station was welcomed by a large crowd, while the policemen honked the horns of the steering wheels to celebrate the capture of the ferocious mafioso (some left-wing intellectuals labeled the scene negatively, equating it with the arrival of Pancho Villa in Mexico City ). The then Prodi government took credit for the capture, underlining how a center-left coalition engaged daily in the fight against organized crime.

All useless, Brusca will be released from prison, free at 64, it is the law (in fact it is only the latest in a long series of repentants who have been released from prison), he will perhaps live supported by the state, with accommodation and salary. That same state that, until arrest, fought with machine gun and TNT shots. Brusca is de facto the anti-state, the one who, at the helm of a criminal organization, with huge financial means and even political coverage, has systematically attacked the Italian institutions.

Will it be true repentance? I doubt it!

Characters like Brusca cannot be rehabilitated, they can only be defused with life imprisonment, but Italy is a "civilized" country. At the end of the day for the number of murders he is being charged with, Brusca only served 2 months for each of them.