Home Recommended Publishing Have you read anywhere that ...

Have you read anywhere that in Italy there are one and a half million coronavirus positives? Ah, no? 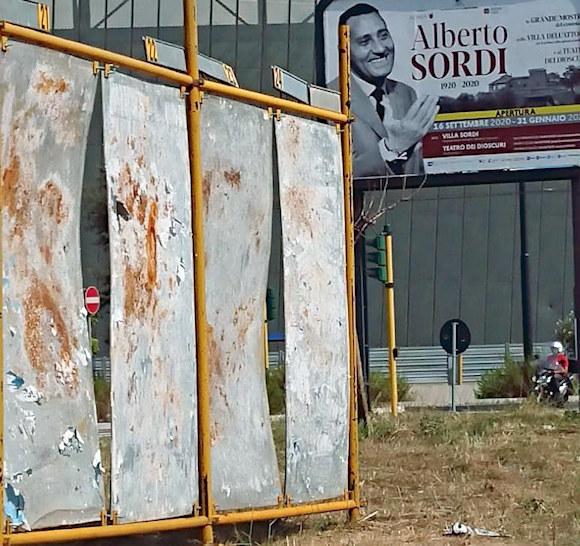 In recent days, news that would have deserved much more attention has had little importance: let's reread it together, and then make some reflections. You have certainly seen many articles, all without comments and above all conclusions, on the fact that only 50% of the school's teaching and non-teaching staff, the equivalent of about half a million people, agreed to take the serological test for COVID-19: of these, 13.000, equal to 2,6% of the sample, tested positive. To say it is not Online Defense, but the office of the Commissioner for the emergency, Domenico Arcuri, who also underlines how they will not take up service until the swab gives a negative result (v.link).

It is the result of the campaign with the distribution of two million tests to educational institutions. The data, transmitted first by TG1, does not take into account an additional 200.000 teachers and non-teachers relating to the Lazio Region, which is operating independently. By 24 September, the Commissioner's Office expects the percentage to rise to 60-70%.

Now, teachers of all levels, from elementary to high school, do not live in a world apart, but they are Tizio's wife and Caia's husband, in short, they are a very representative sample, a real snapshot of the country. Therefore, it is reasonable to conclude that at least 2,6% of citizens and residents of Italy are currently positive for COVID-19. It means that of the 60,3 million inhabitants, one and a half million are carriers of Sars-Cov-2. As such, they should be quarantined at their home. However, no one has put their hands in their hair, because the figures that the Government, through the Civil Protection, continues to provide us every afternoon - and on which the planning of the ministries, not least that of Health, are based - speak of 36.767 people currently positive. Net of the school staff, we are talking about 23-24 thousand positive traces.

And the others? Yes, because even by separating the data of the teaching and non-teaching staff of public education and imagining that the percentage of infected in Lazio and among those who refused to take the test is always 2,6% (we are optimistic, go ... ), the scenario is this:

One million and 445 thousand positives are missing. Where did they go?

Trinariciuti and terrapiattisti readers - as always keyboard lions - will argue that they are nowhere to be found simply because they do not exist: neither the government nor the regions talk about it, so it is pure alarmism of that discolaccio by David Rossi and Online Defense. Yes, because these gentlemen, almost always graduates from the university of life, find it convenient to think, for their quiet life and not to blame their political side or movement, that the staff of the School lives on Mars and only descends to earth. to give lessons. COVID-19 only has it, according to these genes, by the children of fathers who went on holidays in Spain or the filthy rich who took the disease in Sardinia, such as that antipathetic Briatore and Cav.

Poor deluded. COVID-19 in Italy is now widespread as and how much in France and Spain, where, however, the number of tests carried out in the last three months is higher than in Italy: Madrid, to understand each other, did more tampons than us despite having three quarters of the population. For its part, Paris is making an often chaotic effort to trace as many cases as possible and swabs no less than a million a week, almost double that in Italy. It is no coincidence that every day announces tens of thousands of new positives: it is four to five weeks ahead of us in what promises to be an avalanche more than a second wave.

In the face of over a million tests, as mentioned, over 60 thousand positives have been identified: in short, in a realistic scenario, the Hexagon has well over 5% of the population infected by Sars-Cov-2. While the positives are more than double, there are many more hospitalizations in intensive care: 635 against our 182, on 12 September. Which leads us to conclude that the number of critical cases grows according to an accelerated progression compared to that of the infected, perhaps also because with the increase in cases the quantity of viruses to which one is exposed also increases, mainly in the family environment and on the work place.

Let's be clear: we are light years away from the thousands of people hospitalized in intensive care with devastating clinical pictures. It should also be said, however, that when on February 21 we realized that COVID-19 was now rampant in Northern Italy, the epidemic was close to its peak, then reached in the following weeks, with the effects we know well. A peak that shortly followed that of seasonal flu, which left the more fragile population easy prey for the new pathogen.

This year, most likely, a third of the population will be given the flu vaccine: only the No-Vax will attempt a species selection experiment, it must be said, refusing to cover themselves from the aggression of flu viruses. Today, unlike last March, the case of France seems to show that just over 15 cases out of 10 thousand end up in intensive care, if we are right to estimate one out of 20 transalpine already infected. The scenario will change - and greatly - if the infected are no longer 2, 3 or even 5 million but well over a sixth of the population. Then, the health systems will make it dangerous stress test. It is only to be hoped that cases will not be concentrated in limited territories, as was the case in Lombardy last spring ...

Here the media and politicians do not even feel astonished in front of that 2,6% of the staff of the School that is currently positive, nor do they say anything about the fact that in a month we will be in the same condition as the French: they are all aligned, because for a reason or for the other they want to arrive at all costs to the election day of next September 20-21, when 50 million Italians will gather at the polls. An enormous danger for the population, because it could not a little accelerate the circulation of Sars-Cov-2: however, you want to compare this risk with the opportunity to win or to lose the constitutional referendum or to gain or lose control of Important regions?

Then, after the vote, they will tell us that the situation is serious, that we had too much fun during the summer, that it is all the fault of the opening of the schools, that things have changed for the worse, that it was unpredictable, that no one can any longer exclude another lockdown, who did not want to spread panic etc.. Thus, once the fruits of the vote have been reaped, they will be able to think about how to limit our freedoms to contain what until now they are deliberately ignoring. Do we want to bet that they will decide to carry out hundreds of thousands of tests a day and to prevent the circulation of the infected (who are also voters ...) only when they are sure that they have achieved their political objectives at the expense of the country?

When you queue for the polls, think that that million and a half (then maybe two million…) of positives will all be around you and your elderly parents who have been voting diligently for years. Think people think!