Austria and Turkey stab Italy in the back. But COVID-19 does not forgive ... 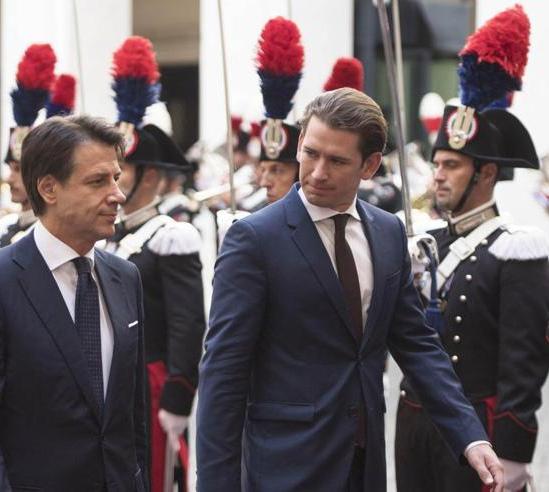 When this crisis is over, we will remember more the gifts than the lies of the Chinese, more the uncoordination than the flexibility of Europe, but we absolutely must not forget the behavior of two countries: Austria and Turkey, who stabbed us in the back while we seemed about to die.

Austria is that charming country, formerly home of Adolf Hitler, which closed its borders on February 24th and for weeks blocked the passage of goods, even masks and medical equipment, to Italy.

Turkey is that proud nation, which does not find the courage to admit the Armenian genocide, which accused Italy of "infecting Europe" and prevented an order of regularly paid masks from passing through our country. . As you take note, read on ...

Thorolfur Gudnason is a name unknown to most people. He is the head of the epidemiology and infectious disease control department of the Icelandic Institute of Public Health. On March 2, after tracing eight cases of individuals who had contracted COVID-19 presumably during a holiday period on the Italian side of the Alps in the previous days, a ninth case emerged that had not really touched Italian territory and had been on holidays in Austrian Tyrol, returning home via Munich. Of this, he informed his counterparts in Vienna and Innsbruck, as well as the media. This was enough for Dr. Franz Katzgraber, head of medical services in the same province of Austria to support, he alone knows on what scientific basis, that "from a medical point of view, it seems unlikely that there have been infections in Tyrol" and to go so far as to say, in contempt of the ridicule, that on the return flight there was a passenger from Italy who had contracted the coronavirus and ... (that) the airline informed the passengers1.

Meanwhile, of fourteen Icelanders who had spent their ski holidays in the Tyrolean Oberland and had taken that flight, several tested positive for the coronavirus test on their return to Iceland. Since the infected had in the meantime risen to 45, the government of the small northern European state hastened to declare northern Italy and Austria equally as high-risk areas on 6 March.2.

While Innsbruck and Vienna hurried to blame Italy, in early March in a few days hundreds of people from all over Europe began to experience coronavirus infections due to a stay in a village of less than five thousand inhabitants, Ischgl, which attracts half a million visitors every winter, including high profile celebrities and politicians such as Paris Hilton, Naomi Campbell and Bill Clinton in the past. 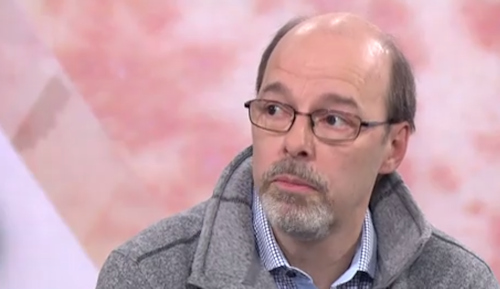 As early as March 5, the day after Iceland had informed Austria that Icelandic tourists had contracted COVID-19 in that location (and had received an angry refusal), Reykjavik had added Ischgl to his list of risk areas for the transmission of the coronavirus, classifying it at risk in the village as at risk of infections like China, South Korea, Italy and Iran.

CNN reports the words of Jan Pravsgaard Christensen (photo), professor of immunology at the University of Copenhagen, according to which the Icelandic report "He should have immediately raised the alarm bell" since that village is "A place where people are in close contact in bars, restaurants and so on ... once the risk was known, all (potentially) infected people in the same area should have been quarantined very quickly"3. Not surprisingly, on March 7, just twenty-four hours after the statements by Dr. Franz Katzgraber, a 36-year-old bartender from Bar Kitzloch tested positive. Fifteen of the bartender's twenty-two contacts who were quarantined tested positive for COVID-19.

Who wanted to defend the tourist season and the image of the country rather than the health of visitors? I do not think that: it was only thought that the crisis in Lombardy was only a problem for the Italians and that good people, like the Austrians, could not happen. It was believed beyond reasonable, so much so that the day after the confirmation of the spread of coronavirus in Tyrol, Anita Luckner-Hornischer, an official of the Tyrolean medical authority, still had the cheek to declare in a press release that "a transmission of the virus to the bar guests is, from the medical point of view, rather unlikely".

According to the local government, the epidemic that should not have existed, from Tyrol had in the meantime spread throughout Europe: in Denmark little Austria alone had brought more infections than the great Italy: 298 to 61. There was no match … The Tyrolean outbreak burned a large part of northern Europe: Germany has traced about 300 cases, Norway has also confirmed that, as of March 20, 549 of its 1.742 cases had originated in Austria.

Why didn't a pre-emptive alarm go off, putting everyone in quarantine as early as March 2nd or 3rd? Why did Vienna and Innsbruck not raise a cordon around the accused villages until March 10? Why, why, why ... 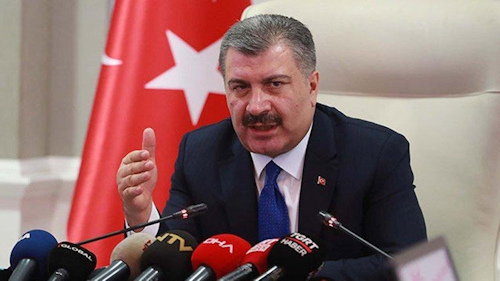 Now, Turkey. According to Turkish health minister Fahrettin Koca, Italy would have been negligent allowing travelers from China to move freely within the country and thus infecting Europe. Instead, Ankara would have adopted a "success model" by preventing COVID-19 from arriving in the country. These measures, implemented from January 24th4, included the installation of thermal cameras at airports, additional screening for travelers from China, quarantine for anyone showing symptoms of coronavirus infection, disinfection in all customs areas and distribution of free surgical masks and information leaflets . In short, as already for Italy, Turkey had prepared to face an emergency brought by highly symptomatic patients, transported by Turkish Airlines, the company that reaches (goes) more destinations in the world.

In the meantime, reports of masks and other indispensable health devices for Lombardy and Trentino blocked in Turkey have multiplied: hundreds of miles of surgical masks and FFP2 would be blocked at the air border and it would not be possible to start them5,6.

In the meantime, after the country denied COVID-19 cases for three weeks, the epidemic has ramped up in official numbers: from the first case, on March 13th it went to the hundredth in four days, to the thousandth in nine, in a crescendo of 20% per day almost mirroring the Italian one and largely caused by internal outbreaks.

Nothing personal, I love Austria and Turkey. But this time they did their worst. And in these few lines I have only shown you a small part.