Home Recommended Publishing Other than Russia and Iran: Italy is ...

Other than Russia and Iran: Italy has been under economic sanctions for years but nobody tells us! 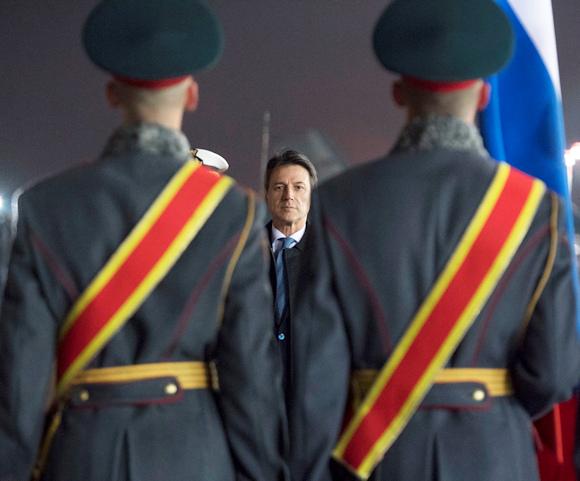 On 196 sovereign states in the world, a good half are committed to imposing economic sanctions on each other: it is a new type of war in which finance is the most powerful weapon, projectiles are not fired, financial institutions are the targets and almost everyone is at risk. Trade wars, financial restrictions and cyber attacks are a deterrent at least equal to smart bombs, explosions and unmanned drones1. Italy, apart from the EU and NATO initiatives, has been engaged in a single serious program for almost thirty years financial and commercial warfare against a sovereign State, which evidently stands on the boxes - the term is passed on - to all generations of voters and to all Governments of any political color that have followed each other roughly since the mid-seventies up to the executive of the change. The Italians, in the absence of so many enemies that bring much honor, sanctions, in fact, if they are self-imposed!

It is not otherwise explained that the second economy of the European Economic Community - passed between 1969 and 1980 from 88% to 129% of French GDP (in other words, from being an eighth poorer to enjoying almost 30% of wealth) moreover, with a population almost equivalent at the time), now I'm struggling to avoid sinking from the eleventh place currently in the thirteenth, with Turkey and Mexico ready to overtake us in the next two years2.

On closer inspection, the patient gives worrisome symptoms for some time: the graph on the side shows us how in the thirty years between the Rome and Italy Olympics' 90 the GDP of Italy went into recession four times, while in the following thirty years the periods of recession were double, but above all they were followed by ever weaker filming, in an increasingly less lively economic context.

To understand how serious the patient Italy is, we need to compare the previous graph with the following one, relative to Germany: in Berlin, as in all European countries with the sole exception of Greece, negative economic cycles were shorter, shorter and ultimately followed by structurally more solid and lasting shots. Instead, here the ball - half deflated - has rebounded less and less: in periods of weak growth, almost a flat line, followed by long and painful recessions.

And do not come to make the figure of losers saying that Germany has enjoyed all the advantages of the Euro: Berlin between the 1991 and 2011 has paid each year the beauty of 100 billion (own) for the reconstruction of the Lander Oriental after reunification. In the end, in the 2015 the Germans even closed the balance sheet, for the first time after 45 years. We want to make the comparison with the 66 billion spent by us for the reconstruction of Campania and Basilicata after the 1980 earthquake? Better not, not to have to wash too many dirty clothes in public ... Let's put a stone over the manfrine of the various Berlusconi / Tremonti, Renzi and Salvini / Di Maio to tap a zero point plus deficit ... 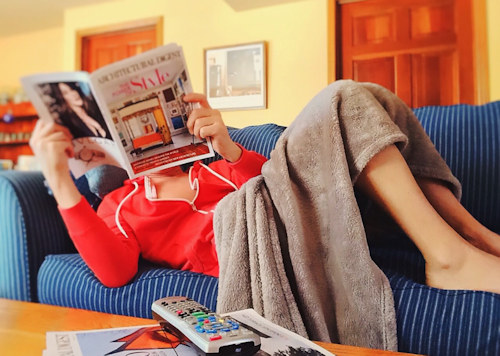 The fact is that we are worse than before, but we continue to spend (bad) more than we can afford: without saying it to the country, every year we launch an emergency maneuver by 70 billion to keep the INPS going; always every year we ask the Italians to rummage in their pockets and pay almost 50 milardi of interest on government bonds (ie on public debt) and - still on the twelve months - we elect a ten billion to thousands of lavativ ... ehm ... retired baby who have hanging the badge on the nail before the age of forty. To make a comparison, these gentlemen and gentlewomen cost us the 40% of the entire budget of the Defense and ten times more than the budget of the Parliament, of which wastes these gentlemen are maybe even floggers, having a lot of time to sit in front of the computer3.

Nor can we compare this river of money that comes from the heart of the economy with the miserable millionaire that the Defense will invest in the 2019 for the cyber security4. And fortunately, for years our leaders are passionate about the Internet!

We do not blame too much the "populism" of the various Berlusconi, Renzi, Grillo and Salvini for the third recession in ten years; in reality, populism has been raging in Italy for decades: the law on the Equo Canone, the escalator, retirement pensions after 15 years of work were nothing but measures to compensate for social envy and gain consensus in an easy way. Populism for electoral purposes, in fact. The mechanism, however, has jammed quickly and brutally in the last quarter of a century: not by chance, from the 1992 to today no majority of the government has emerged victorious from the polls in the following elections.5. In short, every time we notice the evil effects of self-sanctions and blame the maneuver on duty. Thus, each new majority must give substance to creativity to get out of the swamp, always with less funds, always cutting the budget - especially the investment item - of Defense, Health and Education, but each time determining a heterogenesis of ends and leaving the country worse than how he had found it and with more and more voters inc ... and looking for revenge. 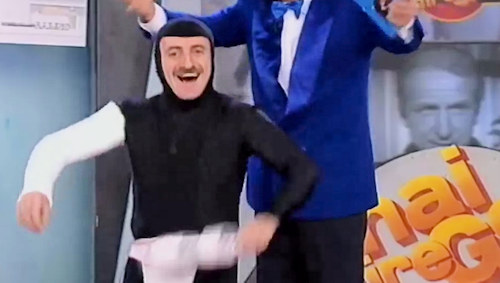 It will be a coincidence that even the Treccani Encyclopedia has certified that ... "Tafazzism is our preclarity, and it is understandable that many people should give it up". For this reason, it is better to sit comfortably and wait for the next move, the next self-imposed economic sanction, the next act of self-harm. Will it be an attempt to leave the euro? In that case, there will be "fun": the last time we defended ourselves against the monetary speculation that affects the weak currencies, in the 1992, we have burned the equivalent of 55 billions of Euro currency reserves and implemented a maneuver financial from almost 85 billion to defend the Lira. The United Kingdom has not even tried to defend the pound: they preferred not to give in to the "populist" temptation to protect the currency and, then, they enjoyed twenty years of excellent growth and solid recovery. We, on the other hand, are self-sanctioned bad for the first time. And not last ...

3For those of them who read and get angry, I reply with the words of Exeter in Henry V of Shakespeare: "The consideration that makes of you is summarized as follows: dis-esteem, contempt, anything that is not unseemly (to him who ) sends you this message "