To the unknown hero 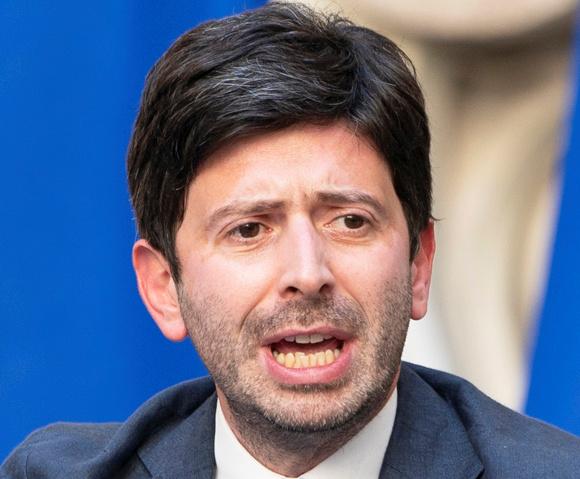 When outlining a project, it begins with the usual load of good intentions; study of circumstances, correlations: everything should lead to the drawing of a picture full of images, evaluations, proposals. We will try, as always, but with a warning: reality and everyday life, retaining nothing of past teachings, have been characterized by a marked propensity for improvisation that can only exacerbate tragedies such as the one we are obliged and paying spectators to.

Curtain. Prologue. And like Epidemics. Despite the convictions of the various patrons Street University, the numbers speak for themselves: diseases kill; smallpox, poliomyelitis, measles, have been contained thanks to preventive vaccination campaigns that have reduced their mortality. It is a fact; as it is undeniable that vaccinations are one of the most important medical discoveries, net of scams and hoaxes, even if we cannot fail to recognize the primitive charm of the search for stolid coincidences, for the exclusive benefit of what Carlos Zafon called lazy minds.

Act One. V as Vaccines. An advertisement dating back to the happy times of the post-news carousel, read: yes yes, it seems easy; trust me, it is not. As can be easily deduced from mare magnum Internet, "A vaccine is a preparation consisting of suitably treated pathogens (or parts thereof) administered to healthy subjects with the aim of providing acquired immunity"1, a preparation which requires competence, study, sacrifice, and perhaps the same sharpness of ingenuity that already during the Peloponnesian War2, had allowed men without brain (in) certainties to see that, during various plague epidemics, those who had already been affected by the disease and were cured of it were less likely to be infected a second time by the same pathogen.

S like Scientists. Prerequisite: intelligence, resourcefulness and study, other than coincidences. We start with Lady Mary Wortley Montagu, who studied the Ottoman technique of variolation around 17173, passing through Edward Jenner, considered the inventor of vaccines; then for Louis Pasteur, inventor of modern microbiology as well as fruitful creator of millions of cappuccinos prepared daily with milk pasteurized; then for Albert Sabin and Jonas Salk, who defeated polio, an atrocious disease that too many do not remember given their young age, up to Maurice Hilleman. 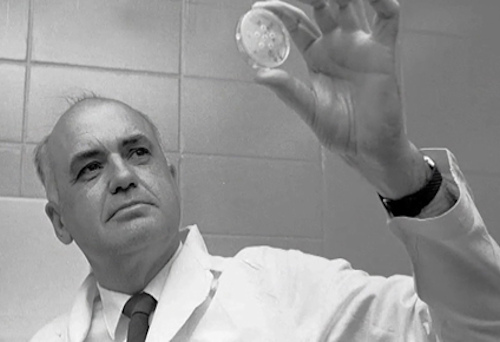 Second act. To the unknown Hero. H for Hilleman. Maurice Hilleman has developed vaccines against over 40 infectious agents, of which 14 are still present in the current vaccination calendars; he was responsible for preparations against measles, mumps, for the development of the trivalent vaccine4, those for hepatitis A and B, for meningitis, chicken pox, streptococcus pneumoniae5: having been the scientist who saved the most lives during the twentieth century, he could only be the key figure in the events that made vaccination history in 57. During that time, Hilleman, head of the respiratory disease department at Walter Reed Army Medical Center, realized that the raging flu epidemic in Hong Kong was more aggressive and virulent than usual. Hilleman and his team managed to isolate the virus, establishing that it was a new strain capable of triggering a pandemic of unpredictable proportions.

THEAsian, between '57 and '58, killed about two million people in the world but, thanks to Hilleman and his vaccine, the USA managed to contain the number of deaths within about 70.000 units, against a forecast that touched the million passages. The Asian spread so rapidly that the need to shift the focus on the need to provide both care provision and support for health services became evident. It should be noted that, for some, the lessons taught by that pandemic, while providing useful elements to enable useful efforts in terms of planning and reaction, have remained in a drawer.

The epidemiology of that time offers many similarities with the current one; onset at the beginning of the year, spring spread, summer attenuation; among other things the Spanish he had already provided ample literature on the arrival of a second and more virulent wave, in preparation for a third (let's not delude ourselves, please) less aggressive than the second but stronger than the first. The sources? Available6. 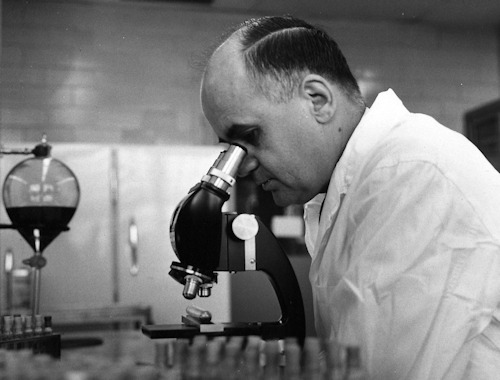 Who is who. Hilleman was born in 19 during the Spanish pandemic from a family of farmers; the mother dies a few days after her birth; he lives the crisis of '29, he himself survives the infantile diphtheria; to relieve the family, he is adopted by his uncles Robert, who are more open-minded than his natural father Gustave, and Edith. He is thrifty, tenacious; she enters the University of Montana with a scholarship. He will feel at ease: as he will be able to say: "it was a no-nonsense institution where professors taught.. ".

He graduated in microbiology and chemistry, continued in Chicago, after having received, in the face of 10 requests, 10 scholarships. He is independent, tempered by difficulties. Of Chicago he will say that it was an environment in which "sink or swim".

In 44 he obtained a research doctorate in microbiology and chemistry; nevertheless he announces to the academic body his intention to enter the private productive world, more responsive to his aspirations as a researcher. He then joined the ER Squibb & Sons laboratories in New Brunswick, New Jersey, where he developed a vaccine against Japanese B encephalitis, which immunized combatants in the Pacific. Hilleman dedicates himself to viral mutations, that is to say concepts later studied during his stay at Walter Reed, extremely precious for containing the pandemic of '57. He joins Merck as director of a new virus and cell biology research department. In 63 he began studying mumps, taking a culture sample from the throat of his daughter Jeryl Lynn.

Hilleman is tireless, pragmatic, often harsh, pungent, impatient, short-tempered; he confronted industry and government bureaucracies, embodying the integrity and commitment one would expect from a scientist. He argued that politics, not science, decided what discoveries were to bring to market.

P for Black Sheep. It is Dr. A. Wakefield, English; questions the validity of the trivalent vaccine, alleges the onset of unspecified pathologies7. Valid for all the investigations conducted by journalist Brian Deer, who revealed the existence of a measles vaccine patented by Wakefield before the diffusion of his theories in the Lancet8. 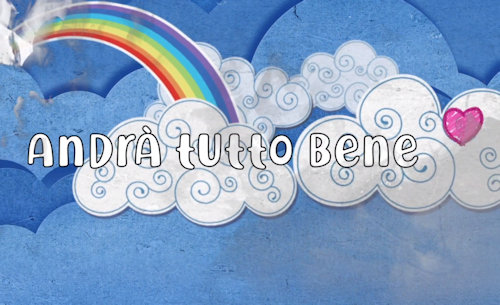 From this moment, those who feel satisfied stop here; who wants to know something more, take a seat, with the premise that we guarantee news and analysis, not cariogenic sweetenings.

Third act. Lacrimosa. I like Italy. The relationship of information with epidemics has always been complicated, sometimes at least superficial, starting from '18 up to the present day; it is therefore right to devote some separate consideration.

A man like Hilleman, who gave a lot and demanded the same with particular rigor, despite his talent, would have had a complicated life in Italy; he would hardly have been able to reconcile the search with academic-political alchemy. Of course it would have been interesting to evaluate Hilleman's reactions, if he had attended a talk show, and his work had been imprudently compared to that of another specialist completely alien to his background, for example a veterinarian.

Think of Walter Reed: an avant-garde reality of excellence in the USA; in Italy, in Florence, an underestimated military chemical pharmaceutical plant wrongly mentioned, only for china and cordiality. After all, what to expect from the constant emphasis of a poorly concealed tolerance for military institutions, both when they operate in direct support of civil society with spade and stretcher in hand, and when they contribute to the national industrial sector thanks to innovation and investment, which are not understood for blind ideological fury, like the cd. dual use, completely misrepresented?

Also the search, Hilleman's queen business, here would have been in great pain; it is not so much the obvious American superpower gigantism that makes the difference, but a different cultural approach, cultivated to look after national interests, and consequently aimed at protecting research and institutes. 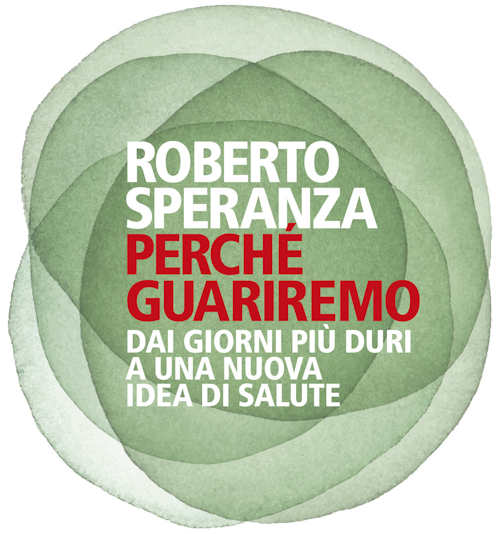 Epilogue. We conclude with a couple of observations, and think about what Hilleman could have done in the current circumstances, in the light of more than halved public health spending, and a culpably inconsistent preventive organization object of a very recent journalistic scoop.

Despite the rhetorical tricks, the linear cuts in the last 15 years have hit healthcare hard; those who oppose other numbers do not intend to take into account competing factors such as inflation and the incontrovertible closure of structures. If in '57, with due proportions, the USA had been embroiled in these problems, Walter Reed would have been closed, Hilleman would have perhaps taught at the university, probably the deaths would have passed the million mark.

In fact the policy, in the face of a hybrid threat such as Covid, it has not yet understood which alliances to forge; one thing is certain: this time there will be no saving Marshall Plans. It does not appear that Hilleman, who considered himself a gruff country man, despite having helped save millions of lives, wrote self-congratulations; in other countries, in much more recent moments, ministers of health, lucky users of a lot of free time, unaware of the events, with scientific precision have waited for congruous peaks of lethal morbidity to communicate the postponed presentation of a book that announced to the earthly world the end of a disease which, however not informed of the literary novelties, has not yet expressed any desire to raise the curtain.

If nothingness produces best sellers, we wonder how many volumes the hagiography of a scientist like Hilleman could have made.

3 the inoculation of material taken from the pustules of a recovering patient from smallpox, in order to make the inoculated subject more resistant to future infections; conceptually similar to vaccination but more dangerous because it is based on the use of a non-attenuated human virus

6 Bi-weekly surveillance reports from June to December 1957 by the CDC Influenza Surveillance Unit during the 1957 Pandemic; New York Times articles from September and October 1957; documents produced between the fall and winter of 1957 by the John Hopkins Hospital in Baltimore, Maryland, by the University of Pittsburgh Medical Center; the Maryland State Health Departments and the City of Baltimore Departments of Health.

Net of the "winds of war" that blow from the east, Italian public opinion is totally focused on the elections ...
1907
Read

On January 19, the handover for the national contingent, which has been involved for over 6 months, should have taken place ...
4712
Read

We have praised almost subversive the "extraordinary commissioner for the implementation and coordination of measures ...
3497
Read

Kazakh President Tokayev spoke to the country this morning. As is his habit, he did it only in Russian, without ...
2094
Read

After 22 months of detention, the Egyptian student Patrick Zaki was released (although he was not cleared of ...
4422
Read

The Parliamentary Commission, charged with shedding light on the case of Giulio Regeni, found lifeless in Cairo on 3 ...
514
Read

"I work only for myself" thus, between laughter and grunts, the protagonist of the animated film says at one point ...
1180
Read

The new commander of the MIASIT mission and the related support staff will reach Libya but have not been ...
6922
Read