Home Recommended Publishing Afghanistan: how much hypocrisy ... even just ... 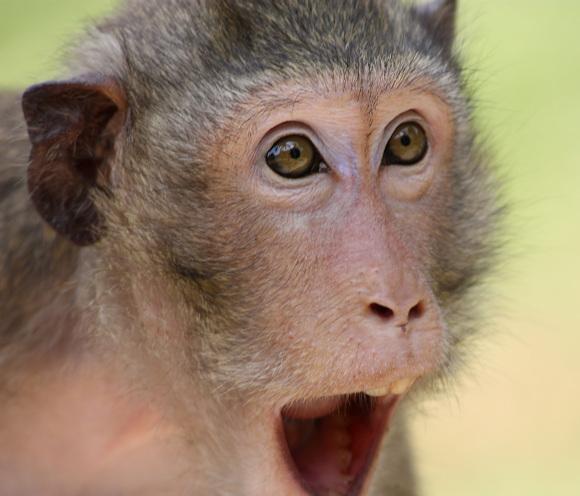 After 20 years, Afghanistan has returned to the Taliban. Are we really surprised?

When 9 years ago I went back to try to verify what was being told, I drew few but clear lessons: most of the country was not in fact under government control and corruption (local and foreign) was scandalous. Few cities were "safe" and in the evening the provincial roads were controlled by others (usually government officials were shot on the spot and foreigners kidnapped ...). Colleagues and activists of Afghan anti-corruption associations also told of half a billion dollars that each month went to the Gulf countries.

Obviously I didn't make certain conclusions from a hotel suite with armed guards by interviewing ministers or lackeys. Like far more illustrious and experienced colleagues, I went around and talked to all the people I could, dressed as an Afghan, a guest of Afghans.

Back in Italy, after a couple of years, I discover in real time that exported democracy was a sensational scam: the elections were blatantly manipulated by designating a defeated candidate as president. This dynamic was confirmed to me at the time in reserved environments. The same ones who for work certainly do not inform the public but definitely the political decision makers.

I wrote two articles (see link) because it was a vulgar insult! A scar on the tombstones of our soldiers who had lost their lives - also - "for democracy in Afghanistan". A shame conspiratorially indulged with silence (I repeat: aware) of too many national governments.

Was this the "democracy" exported to the poor and backward Afghans with which, even today, one fills one's mouth ???

Ordunque, if our government was made up of puppets in the hands of foreigners, if in most of the national territory the rules were dictated or imposed by "a parallel state reality", if corruption were the rule, if many billions were diverted and transferred to abroad and finally repeatedly disregard the popular electoral will ... would a Revolution be "extremism" or an inevitable popular reaction?

Why at the international level, before redoing the umpteenth calculations of military expenses, do we not investigate the actual destination of the aid sent in these 20 years?

I have seen too many poor people in that country. If tens of billions had really been spent effectively in Afghanistan, many people would not be starving and health and education would be public (not private and for a few!) And free ... 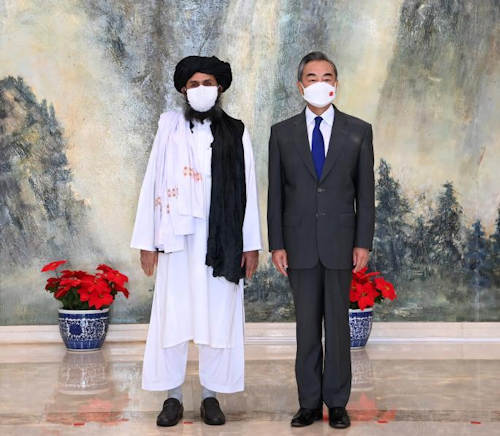 The "students" in the 90s initially met with widespread popular support in a country that had been abused for years by corrupt and violent warlords who had literally razed entire cities to the ground and ruled over without embankments ... The Taliban dismissed them without too many compliments . But in 2001 what was done to win hearts and minds? They have been put back in power!

The hysteria we witness in the images that come from Kabul is however a disturbing sign because there is no Afghan "people", there are "factions" mostly on an ethnic basis. The one back in power (which does not represent a majority, not even a relative one!), In the past, has many times in several years promised "peace and brotherhood" to then exterminate thousands of unscrupulous people.

If and when innocent people are slaughtered again, what will we do? Will we repeat the "never again" rituals or send protest notes ???

Or will we finally understand that it is and was it better to honestly tell the work of our military on mission? Italians fighting, if properly commanded, to save lives even at the cost of one's own, not compatriots to protect (or hide) in order not to create political annoyances or embarrassments.

Personally, I have always found the hands of those who stand by and look away or turn away more bloodstained than those of the material killers themselves.

Well, if the amazement has passed, the question is: "What will we do in the face of the beasts if they re-propose their previous logic and the failure of their shrewd supporter to the West?"

To conclude a reflection. My generation lived through the Cold War and its epilogue: a victory summarily represented by a military withdrawal and the fall of a wall.

The image of the last Soviet armored vehicles crossing the "friendship bridge" on February 15, 1989 (photo below) it represented a defeat that weighed like a boulder on the already precarious fate of the Soviet Union and it has been widely and attractively touted in the "free world". After that event, however, the Afghan government resisted for over three years. Even at the time of the Vietnam War, Saigon's corrupt government lasted two years. Today, with a hasty withdrawal underway, the corrupt Afghan government has already disappeared.

What will be the disastrous consequences, even if only in terms of credibility, for ours hemisphere? 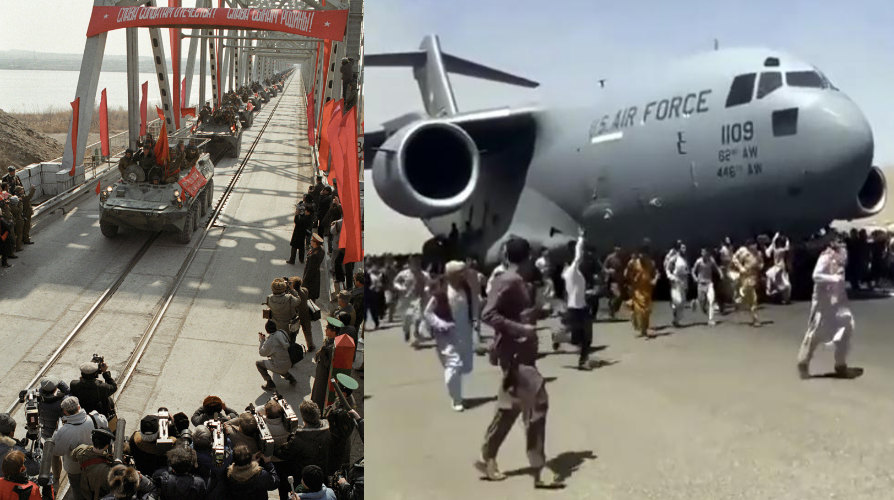 "The West has grasped the desire to create peace plans that should lead to a solution to the crisis in ...
1558
Read

Dear reader, For nine years Difesa Online has been fighting with its strength together with the help of some readers and sponsors. The...
5372
Read

These days Ukrainian fighters are receiving arms supplies from NATO and other countries of the ...
9998
Read

Russia can only win given its superiority. This mantra - self-evident for the historical mission of ...
7792
Read

For almost a month, Italy has been facing its worst nightmare: the word "war". For historical reasons that term is ...
8434
Read