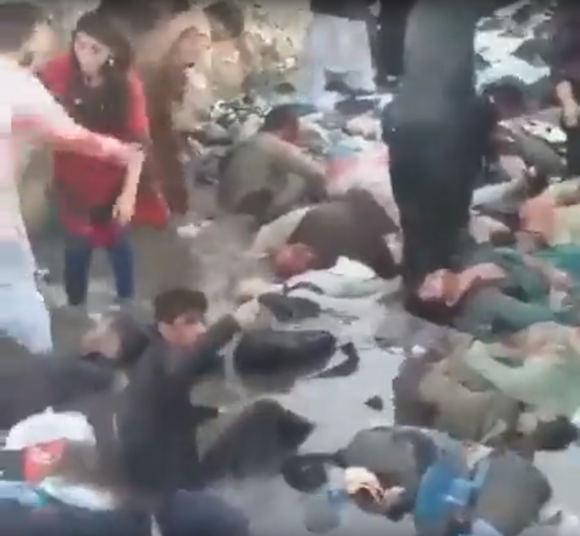 For those who have lived the last few days with acquaintances queuing at Kabul airport, what happened yesterday will be an indelible memory.

I have personally insisted for a long time that they stay farm, exactly at Abbey Gate, waiting for a call.

They spent days in the sun, for a long time immersed in sewage, to overcome the Taliban who had blocked access to the airport.

Know, two hours before the detonations, of the closing of the gates ... for those who, like me, are certain that "terrorism" does not exist, it was the trigger for a countdown.

However, not wanting to cancel the hope in people who could be close to a call prevented me from saying "FLEE !!!", but only to "warn" against possible and probable attacks by ISIS.

Learn about crowd annihilation in that precise area, for seven long hours he killed me. The phone of my contacts in the queue was no longer responding and the first images left little to hope ...

Late in the evening, when I was sending photos to hospitals in Kabul, in the hope that they were just injured ... "We're fine!"

Today is a new day, for me returning to breathe, for them who escaped, but not for hundreds of torn or seriously injured Afghans.

Those I hate, deeply, are those who do not have the courage to put hundreds of people on the wall and open fire. They prefer to group them, approach their men and women (the alibi!), And then carry out the massacre. It will be the usual "terrorism experts" on paychecks to acquit them ... those who just invent a name to make tomes of analysis, researches and biographies unprovable but plausible.

All this to divert people's attention from the most banal thought: to which government is an attack useful?

Can bombs still be detonated and defined as an "earthquake"?

"The West has grasped the desire to create peace plans that should lead to a solution to the crisis in ...
1560
Read

Dear reader, For nine years Difesa Online has been fighting with its strength together with the help of some readers and sponsors. The...
5375
Read

These days Ukrainian fighters are receiving arms supplies from NATO and other countries of the ...
9999
Read

Russia can only win given its superiority. This mantra - self-evident for the historical mission of ...
7793
Read

For almost a month, Italy has been facing its worst nightmare: the word "war". For historical reasons that term is ...
8435
Read