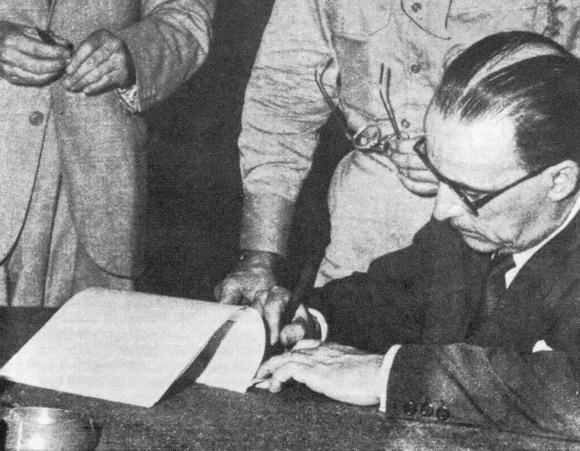 After 77 years from the signing of the Cassibile armistice, or from the acceptance of an unconditional surrender aimed at a real change of face, but which turned into a generalized disaster (defined by many as the death of the Fatherland) as the orders, although prepared for some time, never reached the Commands who found themselves without any operational guidelines, or at least not in time, there is still much to discover.

Those involved in historical research are well aware of the difficulty of accessing national archives however, in recent years, the Anglo-American ones have been liberalized, especially as regards the negotiations that led to the signing of the armistice. These sources allow us to throw a different light on events that national - and official - historiography has often tried to mystify.

We remind readers that in the Fascist period Albertino Statute (in force since 1848) had not been suppressed, therefore King Vittorio Emanuele III held, according to the Statute, the executive power. But the Fascist Party was convenient for the Savoy monarchy which, as happened several times in the Risorgimento, used the political alignments as scapegoats, conferring powers on this or that president of the council that could be spent at the moment.

So it had been for Fascism, in fact the Duce (Dux) became such thanks to the conferral by the King, on 11 June 1940, of the royal delegation of the Command of the Armed Forces operating on all fronts, becoming, as provided for by the RD n . 1415 of 8 July 1938, supreme commander and assuming all responsibilities, political and military, for the conduct of the war. 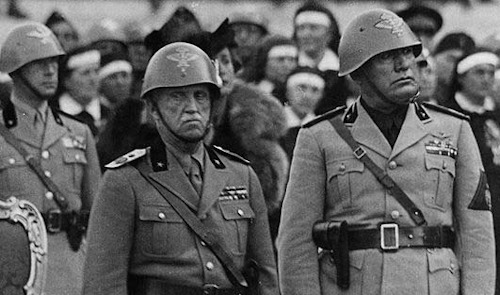 The fall of the fascist regime took place by withdrawal of this proxy, following the resignation of Mussolini who, despite the mistrust expressed by the Grand Council (Agenda Grandi) on 25 July 1943, could not be accepted by the King unless there was already a replacement ready to take on the office as head of the government, in this specific case Marshal Badoglio.

It is also true that the Duce, according to the testimony of the then Chief of Staff, General Ambrosio, was determined to leave the alliance with Germany, and wanted to inform Hitler during the meeting in Feltre on July 19, 1943. .

However, Mussolini, at the last moment, was unable to deal with the subject, remaining subjugated by the Fuhrer who spoke of counter-offensives and secret weapons that would have overturned the situation on all fronts.

On the work of the head of the government, however, stood the figure of the King, without whose approval, no initiative could be taken that would contradict his plans.

The Savoyard Sovereign's plans contemplated the use of a brilliant officer, General Giuseppe Castellano (opening photo and following), an (unaware) actor in a petty political "game". In fact, he was convinced that he was negotiating the passage of Italy into the ranks of the Allies, certainly not of "negotiating" a treaty of unconditional surrender. 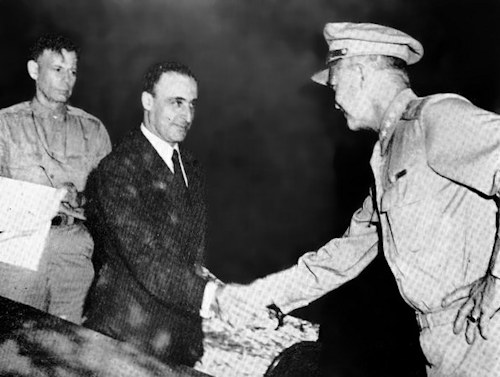 Castellano was the victim of a "strategic deception", as he was convinced that he had to plan with the Anglo-American Commands an air-landing on the airports around Rome, by an airborne division that should have occupied the key points of the capital with the support of Italian troops. In practice, General Castellano was offered the possibility that Italy would be the master of its own future, if its armed forces had made a significant contribution to defeating Nazi Germany.

On the recommendation of Ambrosio, Castellano insisted that the allied forces make an amphibious landing at the mouth of the Tiber river (probably they tried to know in advance the directions of attack). In Castellano's vision there remained the idea of ​​a synergistic effort with the Anglo-Americans (and of an independent Italian Command) in order to occupy Rome and thus expel the Germans from the national territory.

The reality of the facts began to be evident when the armistice documentation arrived in Rome, brought by Major Luigi Marchesi.

In the capital, once the Armistice was made public, the Germans, already aware of the Italian about-face for some time, were pushed back north of Rome by the troops of the reconstituted (had been annihilated in North Africa) division Ram.

A singular episode is that of General Solinas, commander of the division Grenadiers di Sardinia, who learned the news of the armistice listening to the radio of friends: he did not lose heart, took matters into his own hands and at the command of his own troops forced the Germans to retreat.

The departments of the Grenadiers and Ram they fought on the front line without sparing themselves, until the heroic resistance at Porta San Paolo on 10 September.

If there had been political will, the fighting in the capital could have been resolved in favor of the Italian troops.

Symptomatic of the political / military collapse of the Nation is the fate our fleet was facing. The Regia Marina, whose commands were unaware of the signing of the armistice, was gathering off the Tuscan coast to attack the allied fleet about to land in Salerno (which took place on 9 September): in compliance with the armistice clauses, the entire fleet had to be handed over, intact, to previous enemy in Malta.

Wanting to make a connection (even a bit forced) with today's times, three months ago the government sold two frigates (Spartacus Schergat e Emilio Bianchi) to Egypt and the Navy he knew at the last moment, when they had already been launched and the war flags purchased.

Godmothers at the two launching ceremonies? The daughters of heroes, Gold Medals for Military Valor, Giuseppe Aonzo and Emilio Bianchi.

Photo: web / Navy (in the last image Elisabetta Bianchi, daughter of the hero who passed away in 2015 to whom the tenth FREMM was named)

"Close the stable after the oxen have already fled" is a popular expression to indicate a measure taken ...
924
Read

"The blood of yesterday, the purity of the present, the hope in tomorrow"

"It is the Italian flag - under which the country united during the lockdown - the protagonist of an anniversary ...
788
Read

Yesterday's attacks in Nice and Jeddah (and perhaps in Avignon…) did not happen in one day and in two random countries. Yesterday...
1662
Read

For a few weeks, the average age1 of those infected with Sars-cov-2 in Italy has been oscillating between 43 and 46 years: we can say that ...
7255
Read

There is no urticaria to hear of this "recovery" of COVID-19 in Europe and other regions as "second wave ...
2860
Read

My wife asks me not to write more about COVID-19 since I started being a Cassandra novel on Defense ...
3941
Read 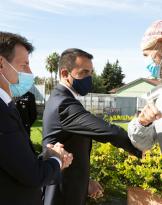 While the Prime Minister Conte thanks AISE and the Farnesina for the release of Maccalli and Chiacchio (in ...
2069
Read

In a high-level meeting to commemorate the 75th anniversary of the United Nations, the President of the Republic ...
1896
Read

Thank you, Madam Minister * Teresa Bellanova for making us smile on the anniversary of the capture of Rome, ...
2767
Read