Home Recommended Publishing It is the hour of unity for national salvation ...

It is time for unity for national salvation ... But watch out for liars. 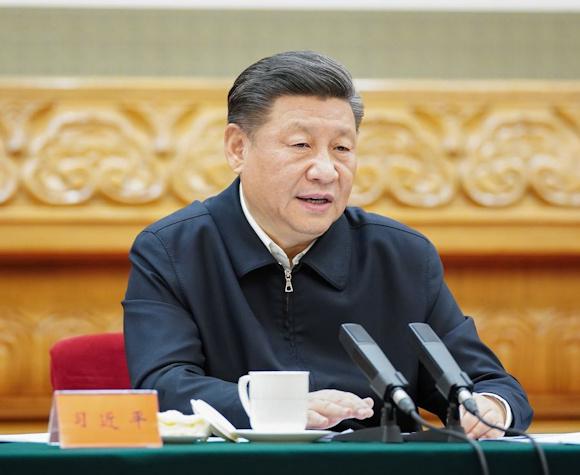 In the end, we learn from the Chinese sages of Tuscany, not from the lying liars of Beijing. In these hours, the epidemic seems to spread in Northern Italy, that of excellent healthcare and of "good governance", whether it is a League or a dem, but the easiness with which the emergency was managed in Rome and also in the regions risks to cost us a lot, from the point of view of public health but also of the economy and employment.

Since January, the largest Chinese European community (not in absolute numbers but as a percentage of the population) between Prato, Campi Bisenzio, Sesto Fiorentino, Empoli and Florence has tried to respond to the health and safety needs of their compatriots, if they had been in China recently, if they lived with those who had done it or even if they were on business with dozens or hundreds of Chinese who had returned from their country. It did so by subjecting it to quarantine periods longer than the two weeks requested by the Ministry of Health hundreds of families, placed in complete isolation, tracked and monitored by the local USL and accepted only after no symptoms had appeared among any of the members. The terror of the virus that is reaping thousands (according to the writer, millions) of infected people in China has guided them to a rational and prudent choice. Hats off, even if cases appear in the next few days.

On the other hand, the Italians have seen a true Caporetto of their sicumera, of the cialtronesca defense of the principle of peaceful living, of the alarmist hunt, conducted by politicians, intellectuals and thousands of "keyboard lions". The latter, of all types and colors. I say it from one screening methods comments to my latest articles: the Five Star now become pro-Chinese has stoned us for "alarmism" together with the hard-hitting fascist sure that the coronavirus is like seasonal flu, to the amazed right-wing opponent that they are not the "colored" African ad having brought the disease and the dem convinced "that a leftist government is always right". All united to support that "The coronavirus must not be afraid", "You are trying to spread panic" e "You of Defense online looting". For 48 hours they have been silent, poor beautiful souls...

What then, our authorities at national and regional level have caught quite a lot of crabs and sooner or later they will have to answer, among others, shows a story that comes to us from the Florentine industrial district of Osmannoro, where the "Lilac Clinic" has become the "Lilac Point", because the Tuscany Region no longer invites Chinese citizens who went to the People's Republic to be visited there but prefers to call for home help if there is a suspected case of coronavirus. They understood that hospitals and clinics are transformed into sponges infected by the mere presence of an infected person, but this only after the disaster in the Lodi and Paduan areas.

Well, this of Osmannoro is only one of the signs of the paradigm shift that has taken place in recent days: hospitals and general practitioners had precise instructions to consider at risk only and only the cases of people who had been in China or had come into contact with whom he had traveled to the Celestial Empire. This is despite the fact that the WHO has for weeks warned about the rapid transmission between person and person, even in little or symptomatic cases. Instead, as in the case of the Paduan pensioner, even a form of severe pneumonia that did not react to normal treatments had induced health professionals to practice a tampon. We hope that sooner or later they won't tell us that "useless" laboratory tests would have been counted at the expense of the doctor's wallet or career.

Now everything has changed. So much so that, rightly, the government on the night between Saturday and Sunday took extraordinary measures - and very right - in the past implemented only in times of war. Yes, because we are at war and national salvation is at stake: a possible massive spread of the epidemic would put a strain on the health system, the functioning of institutions, the exercise of civic freedoms, the solidity of businesses, the level of occupation and, ultimately, the Italian country system as and worse than a world war. Not because the mortality rate is enormous (even if 2% is frighteningly high: in a group of 50 friends and relatives infected with you, one would perish ... go to know who!), But because in 20% of cases (WHO data) very serious and life-threatening respiratory problems. No country, even the most advanced, would be able to withstand this impact.

We ignore the stupid criminals who have seen each other: the maths will take place in many months, perhaps in more than a year, when this devastating crisis will, we hope, have been cornered by the arrival of a vaccine and / or effective antiviral drugs . The "hit and answer" between the mayor of Milan Sala and the president of Lombardia Fontana on the closure of the schools encourages us to think that there will be a very broad consensus for draconian measures but necessary, also in order not to kill the tourist season, the manufacturing industry and the export of our country in the short term.

Now, thinking about the dangers for the "real country", keep an eye on the European countries, North America and the former USSR, because for 3-4 weeks they have been "inflating" the statistics of seasonal flu by pumping a fifth of cases classified as not attributable to any of the known strains, to mask the spread of the coronavirus and to mitigate or postpone its catastrophic effects on the economy.

Also keep an eye on China, because if it reveals the start date and funnel neck of the epidemic, it will probably create the conditions for the world to ask for a Nuremberg of Chinese leaders.

As for us, it is easy to predict that, given the seriousness of the situation, the institutional referendum scheduled for March 29 will be postponed. Likewise, in most of Italy, football matches will be played behind closed doors, celebrations for Shrove Tuesday and Ash Wednesday ceremonies will be canceled, public transport services will be severely restricted, as will freedom. of displacement of many thousands of citizens. Mala tempora currunt ...

Let me paraphrase Rhett Butler and state that, unlike other analysts, I believe that of ...
10243
Read

Dear reader, For nine years Difesa Online has been fighting with its strength together with the help of some readers and sponsors. The...
6264
Read

These days Ukrainian fighters are receiving arms supplies from NATO and other countries of the ...
10888
Read