Home Recommended Military law Military unions: so much noise for nothing ... 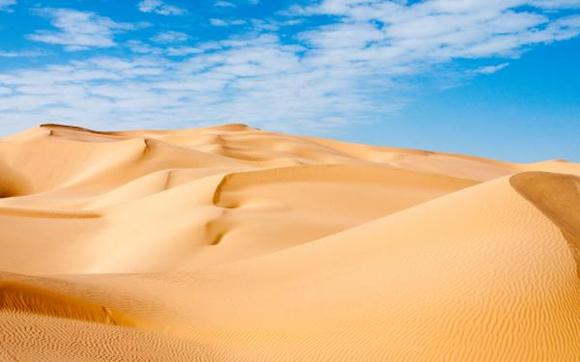 Already in the aftermath of the ministerial recognition of the first Italian military union, and therefore now months ago, we had expressed all our doubts in relation to the new (?) Instrument made available (?) By the military personnel following the known sentence of the Constitutional Court (the number 120 / 2018) and the following circulars. Please refer to our article from last 14 January 2019. Critical points, moreover, had arrived on these same pages by the authoritative voice of gen. Nicolò Manca. (read "The five-star commanders"-"Signorsì / Signornò and the virtue of disobedience")

The question marks with which we have placed the discussion are significant of those perplexities.

In fact, one wondered - and still more so, as we will see, one wonders - if the union is really the useful tool for the purpose - legitimate and sacrosanct, this yes - of giving a voice to the members of the Armed Forces.

And moreover, how can internal associations, freely and spontaneously constituted by military personnel like real intermediate bodies, be able to interface with the hierarchical order and the discipline, which specifically distinguish our peculiar order, with the risk of creating, if not just phenomena of insubordination, certainly disunity, inefficiency and lack of immediacy in the answers that are legitimately expected from an army?

And again, that of the union, in the 21st century, is the right path, all the more considering that art. 39 of the Constitution, whose application to military personnel has also been invoked, has it remained known as a dead letter (from the second paragraph onwards) for the rest of the job categories?

And above all, considering the limits imposed (or better reported, according to the current regulations, art. 1475 com, paragraph 1 primarily) from the Constitutional Court with respect to the future regulatory discipline of the military union, we are really sure that we are faced with such a revolutionary and innovative instrument, as it has been painted for us (also by politics)?

Is this really a new tool? Is it really a tool made available to military personnel and which can effectively convey the need for protection?

The past months seem to offer a negative answer to our questions. Let's see why ...

1. Article. 39 Cost.e the regulation for circulars 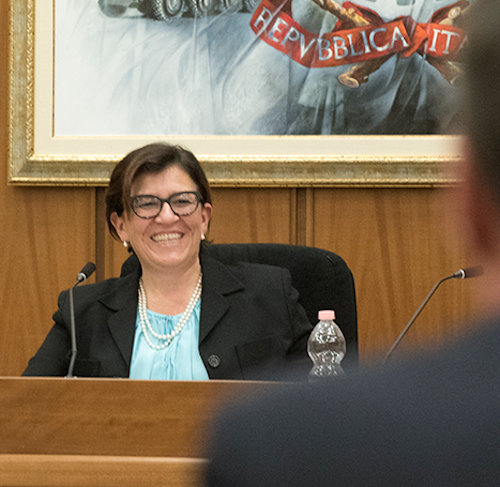 The first profile to arouse concern is that of necessary ministerial authorization. Yes, because if you really want to give life to something new and different - in terms of greater representativeness and therefore greater protection of the military - compared to the current system based on CO.CE.R., if indeed, as seems to be a duty to expect due to the proclamations that greeted the new institute, the "new" trade unions must be understood as true champions of the rights and freedoms of the staff, then the mechanism currently in force (the one that provides for the authorization of the Ministry to set up the union, in based on the aforementioned Article 1475, c. 1, com) should be overcome, because it is in contrast with the freedom of trade union organization, constitutionally sanctioned by the art. 39. Can there really be trade union freedom if the genesis of the union is subjected to an authorization by the employer counterpart?

Of course, this is justified on the basis of those same limits that are imposed by the peculiar nature of the overall administrative structure in which the new unions come to be inserted. But then, why so much fuss, and where is the novelty, in terms of greater freedom and greater specific weight, if then also the new unions, like the CO.CE.R. they need an authorization measure, in the absence of which they cannot even come into existence?

Provide then that the procedure intended to lead (or not) to the aforementioned authorization is governed by circulars - and therefore with general administrative deeds of address, devoid of normative rank, and even less of legislative source - it opens the way to the risk of conflicts with the same provision of the Constitution and of abuses of the same trade union freedom that one would expect to disciplinary, given that individually in this case - the only one in our legal landscape - trade union freedom is regulated (at least, to date, pending the intervention of the legislator) of the Ministry and therefore, in hindsight, by the employer counterpart.

2. The co-presence of CO.CE.R. and authorized trade unions

In this transitional period that precedes the legislative regulation of the matter - it is not known how prolonged, also in consideration of the political instability of the last weeks, it is realized the coexistence between the "old" CO.CE.R. and the "new" authorized trade unions.

In the absence and pending of the law on military unions, this relationship has declined neither more nor less in these terms: all the competences belong to the CO.CE.R., while the authorized trade unions in substance cannot do anything, if not to be recognized (with the aforesaid procedure, moreover of doubtful compatibility with the article 39 Cost.). 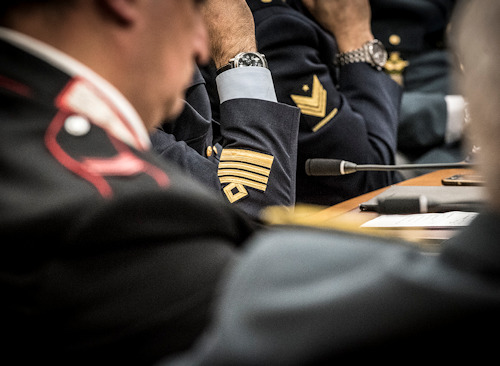 Mind you: in the absence of a law, the Ministry cannot equip the new instrument with competences, perhaps removing them from the current institutional interlocutors. On the contrary, the same prerogative acknowledged above by the military unions appears to be of doubtful legitimacy, precisely inasmuch as it is provided for in the circulars and in the absence (and indeed, in contrast) with the reference legal norms.

3. The lack of competences attributed to military unions: what good are authorized unions today?

But then - as someone said a while ago - the question arises. What are the military unions authorized for today, at 5 months after their solemn proclamation?

To nothing, one would say.

Pending the intervention of the legislator, it seems to be real "empty boxes" with a future content that is anything but certain.

The CO.CE.R., in fact - the decades-long form of collective military representation already existing in our legal system - hold, in the current regulatory framework, all the powers of consultation identified by Legislative Decree n. 195 of the 1995. Authorized military unions cannot today participate in any bargaining table. The only possibility of interlocution recognized to them arises exclusively at the apical-general level, thereby depriving the new subjects of the faculty to carry out activities on the field, at the local level, in the single operative units, where the assistance needs that each trade union organization aims at primarily to satisfy find their own origin.

Considering this, in our brief summary of the first months of existence of the new military unions, they seem necessary two considerations.

With the first, we want to reiterate what we had already specified in these same pages months ago. No one here thinks that the system of institutionalized representation (referred to in the articles 1476 and ss. Of the legislative decree n. 66 / 2010) did not need a renewal, so as to finally represent an effective instrument to amplify the sacrosanct requests of the staff of the Armed Forces. The writer is fully aware of those demands, so much so that he has long supported them in courtrooms in half of Italy (for advances, for transfers, pensions, for the recognition of service cases). 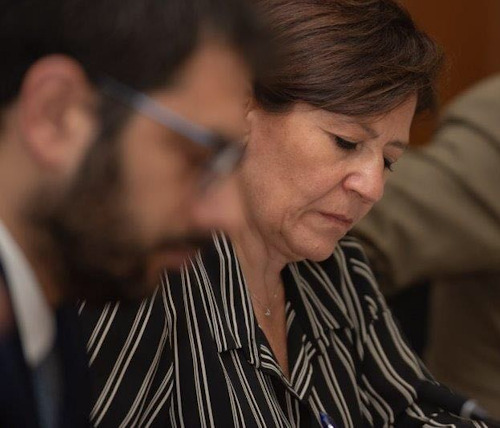 Given this, it is also confirmed that, in the opinion of the writer, the protection of the military, in the age of global communication, today does not lack much of exponential bodies, of instruments through which to raise one's voice against the injustices of the system, of forms or structures. It lacks content: perhaps the true will to resolve issues that are already on the table and that risk now being overshadowed by the union totem is perhaps lacking.

I am referring to well-known issues that have never been dealt with clearly and decisively, such as the right of those interested in the statutory rates, with regard to pensions; to the just compensation of the damage for the illnesses contracted because of the depleted uranium (or however in dependence on cause of service); or again to the need to reform the Medical Hospitaller Commissions, given the daily departure of those of the first instance and the obstruction of the system in that of the capital.

Secondly and finally, given what has been said, it can only be noted that the much vaunted military unions to date are not able to respond in any way to the needs of protection - such as those just mentioned - of which the military personnel rightly claim satisfaction, as distorted from the moment of their genesis compared to a non-military trade unions (given the persistence of the ministerial authorization moment), and also because they lack any function or competence (given the exclusive ownership of the same in the hands of the CO.CE .R.).

In short, our doubts, five months after the recognition of the first military union, can only be confirmed. So much so that we would be provocatively to suggest to the new unions to "return" the ministerial authorization obtained (which has effectively caged them in absolute institutional irrelevance) and to await the intervention of the legislator.

In this scenario, we cannot but continue to ask ourselves why we have not chosen the path - much easier and faster, but perhaps less obvious - of the reform and strengthening of the already existing representative organizations. A question, perhaps, to which many of you will already be able to offer an answer.

Photo: US DoD / Ministry of Defense 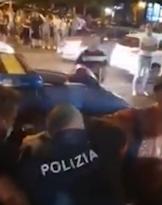 Still alive in the eyes of common sense, the absurd images that described the assault by ...
3439
Read 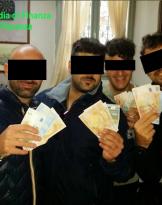 The recent sensational news events concerning on the one hand the investigations on the Carabinieri barracks in Piacenza (the ...
1823
Read 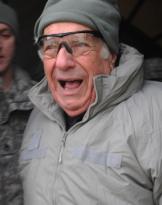 You will remember how for some time (it was 2018) we had informed you about the right to recalculation of the pension due to ...
6973
Read 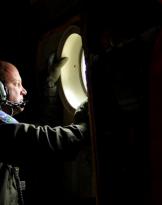 Already in another article published on this publication we have dealt with the matter of transfer in accordance with ...
7053
Read 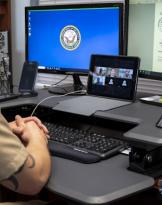 The health emergency taking place in our country has also had a significant impact on the daily life of the staff ...
5252
Read 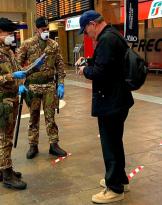 Milan, Bari, Palermo: these are some of the main cities where the Army soldiers are already employed, placed ...
2231
Read 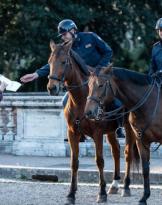 The new model useful for self-declarations in the event of travel is online on the website of the Ministry of the Interior1 ...
3101
Read 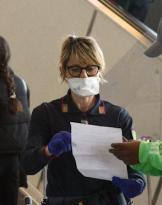 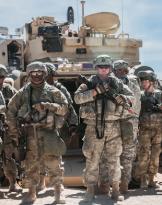 As is known, the release and conservation of the ownership of the firearms license are subject to multiple, rigorous ...
3537
Read 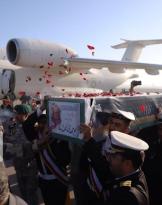 He is still debating the killing of Iranian general Qassem Soleimani by the United States of America, ...
2285
Read