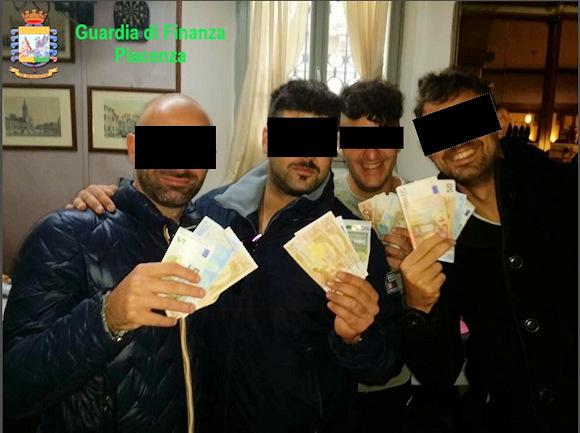 The recent sensational news events concerning on the one hand the investigations on the Carabinieri barracks in Piacenza (the "Levante") and on the other one that involved some officers of the Army, Air Force and Guardia di Finanza, regarding some contracts allegedly rigged, intended precisely to the Armed Forces, they have led numerous readers to ask us for an opinion on the relationship between disciplinary proceedings and criminal proceedings with regard to the military, wondering, the aforementioned, why in some cases, as reported by some press, they had not yet been issued, after some time from the discovery of the disputed facts, at least, of the precautionary or disciplinary measures for the suspects.

As far as we are concerned, we have always been guarantors towards those who, even of excellence, have been subjected to criminal proceedings, for the most disparate causes, and that is what we will continue to do even in these cases, although the evidence of the sources in some situations, you seem practically incontrovertible.

But we do it in the intimate conviction that, on the one hand, a media process can never anticipate the judicial one (if anything, help it, through sound investigative journalism), on the other hand in the equally, sometimes obvious, evidence that, often, high-sounding investigations turned out to be a "soap bubble" over time and according to the procedure.

Moreover, since we have no document concerning either the first or the second of the events cited, we could not, even remotely, try to get an idea of ​​what happened and hypothesise, by pure academic exercise, and in any case with all the necessary precautions, one any responsibility for someone.

This properly stated, and therefore speaking in general, it must be said that the relationship between disciplinary proceedings and criminal proceedings, regarding the military, has undergone a radical reform over time.

The "watershed" was the cd reads Madia1, which occurred in 2015: before it, in fact, in the event that a soldier had been subjected to criminal proceedings, the disciplinary proceedings could not be promoted until the end of the first and, if already started, had to be suspended. And this even if one of the measures provided for by article 915, paragraph 1 of the COM (arrest, arrest, coercive precautionary measures limiting personal liberty, interdictive or coercive precautionary measures such as to prevent the provision of the service, provisional preventive measures, the application of which makes the provision of the service impossible).

With the entry into force of the aforementioned law, on the other hand, the discipline on the matter envisaged for public employees, contained in Legislative Decree no. 168 of 2001 and, more specifically, that referred to in article 55-ter of the same.

Based on it - and this is the turning point, compared to the previous one - disciplinary proceedings concerning facts in relation to which the judicial authority is proceeding must be started, continued and concluded also pending criminal proceedings.

However, this provision is subject to a derogation, where there are particular difficulties in the preliminary investigation for ascertaining the facts: the current art. 1393 of the Code of the Military Order, modified, precisely, taking into account what has been said a few moments ago, states that, as far as we are concerned here, "For disciplinary offenses of greater gravity, punishable by the delivery of penalties referred to in article 1362 or with disciplinary state sanctions referred to in article 1357, the competent authority, only in cases of particular complexity of ascertaining the fact charged to the military or if, at the outcome of preliminary investigations, does not have sufficient knowledge for the purposes of disciplinary assessment, it promotes the disciplinary procedure at the end of the criminal one".

Therefore, in the event that the facts contested in the criminal proceeding are such as to lead, even at disciplinary level, to the maximum sanctions provided (penalty delivery or state sanctions), the procedure that will concern this second aspect will be suspended if the investigations of the aforementioned are of particular complexity or when, following the preliminary results, the administration does not have sufficient elements to arrive at its own evaluation.

The same article, immediately after, states, again, that: "The disciplinary procedure is not however promoted and, if already started, is suspended until the date on which the Administration had full knowledge of the irrevocable sentence or criminal decree, which conclude the criminal proceeding, or of the archiving measure, if it concerns the military's acts and behavior in the performance of its functions, in fulfillment of service obligations and duties”, Thus providing for another important derogation from the obligation to exercise disciplinary action by the interested party.

Obviously, if, on the one hand, all of the foregoing is true, it is also to be underlined that, in the aforementioned cases (suspension or failure to initiate disciplinary proceedings), the Administration may still, pending the criminal proceedings, decide to adopt the precautionary suspension from the use referred to in Article 916 COM2; while he will have to apply that mandatory, referred to in art. 915 COM3, in the event that the military under investigation has been subjected to a measure restricting personal, disqualifying or other freedoms, such as to render the service impossible, with the necessary clarification that, in any case, in such cases, one could never speak of sanctions but, precisely, of "precautionary" measures.

If these are, in summary, some technical considerations that can help ensure that any reader, attentive and willing, can increase his knowledge of the overall picture, in other respects it is necessary to reiterate that, in a general panorama that, for many verses, it might seem, and indeed be, discouraging (see, for example, the earthquake that shook the judiciary, with the Palamara case but also with the Berlusconi case, and not only), we are among those who will never lose confidence in Institutions as such. Giovanni Falcone himself, who, speaking of the Mafia, was often also very "critical" (rightly) of the same (Institutions), recognized that, despite everything, there were good ones: "The mafia is by no means invincible. It is a human fact and like all human facts it has a beginning, and will also have an end. Rather one must realize that it is a terribly serious and very serious phenomenon and that it can be overcome by not claiming heroism from defenseless citizens, but by engaging all the best forces of the institutions in this battle".

Net of what has been said, it is necessary, of course, that such events serve for a careful reflection on any reforms to be made (career advancement criteria (yes, you can learn it): it is absurd, in fact, to read about advances or commendations related, apparently, to the number of arrests, because everything, then, should be evaluated at the end of the trials) or, mentally, to downsize “Careerism ends in itself"4.

But, beyond the - legitimate - doubts that, in cases such as those mentioned but also in others, they may also arise from a purely moral aspect (right or wrong, for example, that the leaders of the Weapons involved, beyond everything, they resign?), it is necessary to remain firm in the trust with which to look at them (Institutions) and to turn to them. Because, in the face of episodes that could put entire groups of men in a bad light and what they represent, there are countless others who, on the contrary, place those men on another level than many, as an example to follow and emulate. Of course, to be proud of. As a people, as a nation.

Having in mind - to stay on the subject of fighting the mafias - the words of the Last Captain who, in a post on his Facebook profile on 13 July (anniversary of the creation of the Carabinieri), wrote as follows: "#13th July 1814 establishment of #Arma of the #Carabinieri The dress was blue, in woolen cloth, black boots, a high two - pointed hat, and the blue cockade of the #Savoy on the front and they were armed with the inseparable carbine and the sword.
Yes We are still here, with our heads held high and looking you in the eyes. #Captain Last".

And, as is the case with the Carabinieri, it certainly applies to all the other institutions: with their heads held high, to look citizens in the eye.

1 Law 124/2015 on "Delegations to the Government regarding the reorganization of public administrations", published in the Official Gazette no. 187 of 13 August 2015.

3 Art. 915 Mandatory precautionary suspension: 1. The precautionary suspension from employment is always applied against the military if they are adopted against him: a) detention or arrest; b) coercive precautionary measures limiting personal freedom; c) precautionary disqualification or coercive measures, such as to prevent the provision of the service; d) provisional preventive measures, the application of which makes the provision of the service impossible. 2. The mandatory suspension ceases with the revocation of the measures provided for in paragraph 1, without prejudice to the authority of the administration to apply the optional suspension ((...)), if the revocation itself has not been ordered for lack of serious indications of guilt.

4 See the interview given by the military prosecutor at the Court of Appeal of Rome, Marco De Paolis, found at the link https://www.corriere.it/cronache/20_luglio_25/carabinieri-piacenza-procu...

For some time we have been involved in the recalculation of pensions in the salary quota, based on art. 54 of the dprn ...
885
Read

When we talk about wars, as far as it is legitimate to deduce from the news of these weeks, we end up with the reputation ...
6958
Read

Unfortunately, the cases of soldiers and members of the Police Forces whose ...
3170
Read