The alleged Italian responsibility for the bombing in Yemen: the concept of "prudent evaluation of the evidence" 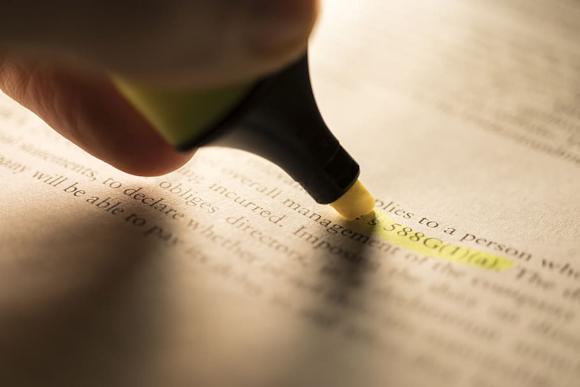 The Judge for preliminary investigations of the Court of Rome, with the order pronounced on February 22, 2021, rejected the request for dismissal of the Public Prosecutor in the proceeding against unknown persons relating to the procedures for the issue, in favor of RWM Italia SpA, of the authorizations for the arms export to Saudi Arabia.

In this way, the investigating judge arranged for the carrying out of supplementary investigations upon registration in the register of suspects of the pro tempore general managers of theMilitary Goods Authorization Unit (UAMA) and the managing directors of RWM Italia SpA from 2015 until the date of the last export authorization.

This decision has the flavor of constituting an unprecedented (or let me even anomalous) opportunity for the Italian judiciary in order to ascertain the criminal responsibility of subjects involved at different levels in the export of arms to those countries, such as Saudi Arabia and the Emirates. Arabs, involved at least since 2015 in the armed conflict in Yemen and in the simultaneous commission of potential international crimes.

The Roman Judge objected to the incompleteness of the investigations carried out by the Public Prosecutor, with the need to proceed with the further carrying out of supplementary investigative activities upon registration in the register of suspects of the pro tempore general managers of UAMA and of the top management delegated pro tempore of the RWM Italia SpA (on this point the interesting article by Maria Crippa in Criminal System, for a more in-depth analysis).

Although the order in question does not (yet) emerge a clear distinction between the positions of the suspects, the supplementary investigations ordered by the judge are aimed at acquiring the necessary documentation to ascertain these cases.

It is worth recalling some arguments about the configuration of the crime of abuse of office, as reformed by the aforementioned law no. 120/2020 and referred to in the motivation of the Roman Judge.

As is known, art. 23 of Legislative Decree 16 July 2020, n. 76 (cd Simplifications decree), converted by law 11 September 2020, n. 120, reformulated the case of abuse of office pursuant to art. 323 of the Italian Criminal Code, replacing the words "Laws or regulations" with the expression "Specific rules of conduct expressly provided for by law or by acts having the force of law and from which there is no margin of discretion" (The provision relating to the omitted abstention in the event of a conflict of interest, which is not highlighted here, has remained intact).

The novelist reform has, in this way, significantly restricted the scope of operation of the incriminating case in question, resulting in a partial abolitio criminis in relation to the facts committed (before the entry into force of the law itself) through the violation of regulations and general and abstract laws from which no specific rules of conduct can be derived or which in any case grant the agent margins of discretionary appreciation.

The legislator therefore intended to anchor more firmly the incriminating case referred to in art. 232 of the Italian Criminal Code - rule of closure of the system of crimes against the public administration - to the strict principle of legality, sub specie of determination, in order to stem the power of intervention of the criminal law on administrative action.

In particular, the main objective underlying this latest reform intervention was to definitively remove from the area of ​​the criminally relevant concrete cases which can be attributed variously to the figure of the excess of power of public officials.

One of the first legitimacy rulings that took place after the reform stated that instead of the general reference of the previous discipline to the indefinite violation of "laws or regulations", today it is expected that the criminal liability conduct of the public official is characterized, in the concrete performance of the functions or service, by the violation of mandatory rules for administrative action, which on the one hand are established by law (therefore the regulations, nor any sub-primary or secondary sources are not relevant) and on the other hand they are specifically designed in complete and punctual terms. Hence the linear corollary of the limitation of criminal liability of the public official, if the behavioral rules allow him to act in a context of administrative discretion, even technical: understood, in its essential core, as an autonomous choice of merit - made on the outcome a comparative weighting between public and private interests of the primary public interest to be pursued in practice. [...] The new regulatory provision therefore has a application scope much narrower than that defined with the previous definition of the method of punishable conduct, subtracting from the criminal judge both the appreciation of the non-compliance with general principles or regulatory or sub-primary sources of legislation (not even according to the classic scheme of heterointegration, that is the "mediated" violation of interposed laws), but the syndication of mere "bad use" - the violation of internal limits in the methods of exercise - of administrative discretion (Criminal Cassation, Section VI, 9 December 2020, n. 442/2021).

In this way, a delicate penal-preventive drift can be opened with further investigations against the officials and managers involved in representing a mirage of the possibility of obtaining justice for the victims of the conflict in Yemen.

It can only come to mind the decision taken on March 30, 2021 by the German Federal Court of Justice which upheld the sentence, issued in February 2019 by the Stuttgart Regional Court, against two former employees of Heckler & Koch (H&K ) for the illegal export of weapons to Mexico.

It should be remembered that the decision already taken on 20 January 2021 by the Italian government in revoking the authorizations for arms exports to Arab countries (Emirates and Saudi Arabia), could generate an anticipatory signal of adversity in public opinion on the facts of this each other.

Finally, another motivational passage from the GIP of Rome highlights the circumstance of the recent changes introduced by the “Simplification Decree” and by the export ban imposed by Law 185/1990 as a barometer of conduct.

However, I would like to specify that the illustration of Law 185/90 must be preceded by the reference to a clarification specifically made explicit during the examination of art. 1, paragraph 1 of Law 110/75, and, that is, that, according to the clear content of this rule, war weapons are those which, as a consequence of their marked offensive potential (rectius: strong damaging and destructive capacity), are intended for the arming of Military Bodies; which is equivalent to saying that they are part of their armament, an expression which indicates the overall equipment with which these bodies are equipped, from which the weapons constitute only a part.

But since it could be the internal production of armament materials, as well as aimed at the defense of the State, also destined for foreign trade, to be implemented, however, for obvious reasons in a framework of shared international politics, with Law 185/90 it is proceeded to strictly regulate the export, import and transit of such materials. But this eventuality first of all postulated their concrete identification. It has always been necessary to concretely establish which of the materials produced by the companies in the sector were those destined for the Military Bodies of our State for their armament for the purposes of war defensive use, to be subjected to the strict controls established by Law 185/90 should they also have to be the object of production for foreign countries. Hence the claim to obtain a sense of justice for the victims of Yemen and glimpse one "Longa manus" operational as a causal link in the export of arms the step is very delicate.

Finally, it will now be up to the PM to carefully reassess the situation, but with a path traced by the GIP in a story that will involve multiple aspects of extreme delicacy not only at the national level, hoping that it remains in the evaluation of the evidence and those concise assessments of the facts at the internal path of rationality and reasonableness.

Unfortunately, the cases of soldiers and members of the Police Forces whose ...
3175
Read