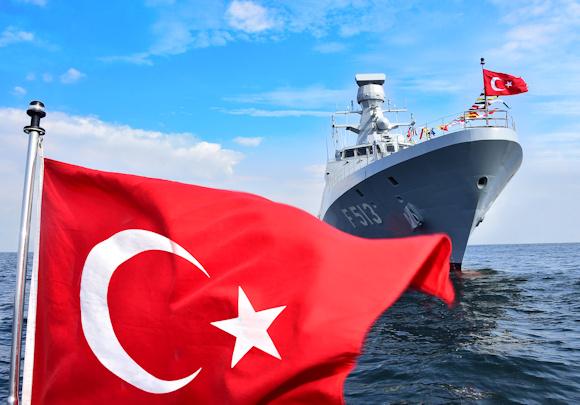 Once again Erdogan, the Turkish president, ended up in the middle of the international controversy in the last few days: this time, for having signed, at the end of last November, a Memorandum of understanding with the Libyan national agreement government, for the establishment of an exclusive economic zone.

And, if we want to say it all, there is no end to it, since, if this "understanding" was effective, it would be destined to change the geo-political chessboard of the Mediterranean.

To date, the text of the aforementioned memorandum, in reality, it is still not clear in its precise content, although the same, as stated by the Turkish president, was sent to the United Nations.

What seems certain, however, is that the same, for the reasons that will be set out below, has been signed in violation of some rules, both international law and Libyan domestic law, despite the contrary warning of the same Turkey, whose Foreign Ministry spokesman, Hami Aksoy, has stated that "The agreement between the government of Libya and Ankara is in line with the United Nations Convention on the Law of the Sea ".

What is known about the agreements

Turkey spoke both of an agreement on the economic management of the waters surrounding the south-eastern border of Europe (the establishment of an EEZ, an exclusive economic zone, but it is not clear which is the maritime area affected by the new "delimitation") of the maritime jurisdictions, "nor where the Turkish and Libyan waters would meet each other" is an agreement to expand military cooperation for security between the two parties, in order - in his opinion - to stabilize the entire region. 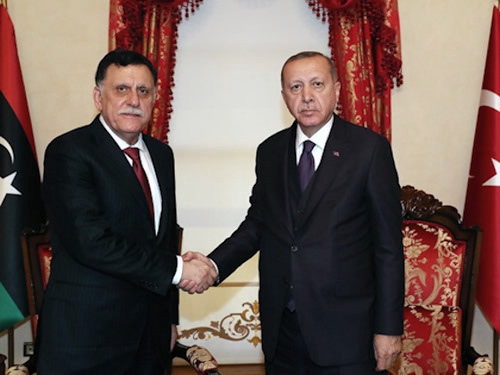 Not by chance, precisely from this point of view, President Erdoğan would have reiterated the support of his country to the Government of al-Sarraj National Agreement (“If Libya asked us, we would be ready to send all the troops we needed") Against Haftar's anti-Islamist militias who, in the last few days, with the support of some Russian contractors, have intensified their military offensive, to the point that, according to the Tobruk government's Foreign Affairs and International Cooperation Minister , the fall of Tripoli would only be a matter of hours.

Following this agreement, Greece would expel the Turkish ambassador on December 6, with related protests from Ankara.

The European Union, for its part, condemned the agreement, as well as the United Nations, and the Italian navy would have sent the frigate Federico Martinengo in the eastern Mediterranean Sea, "within - of course - of the Naval Diplomacy activities, peculiarities of the Navy, carried out in the field of international cooperation and dialogue between the countries of the area, with which Italy has important political-diplomatic, economic and industrial relations ”concluded the Navy statement", As stated in an official note.

In the background, various and substantial interests linked to some gas fields - some recently and promisingly discovered - included in the various areas involved.

But what is a zee?

According to the art. 55 of the United Nations Convention on the Law of the Sea ("United Nations Convention on the Law of the Sea", "UNCLOS"), the exclusive economic zone (EEZ)1 it is an area of ​​the sea, adjacent to the territorial waters, in which a coastal State enjoys "a) sovereign rights both for the exploration, exploitation, conservation and management of natural, biological or non-biological resources, which are found in the waters above the seabed, on the seabed and in the relative subsoil, and for the purposes of other activities connected with the exploration and economic exploitation of the area, such as the production of energy derived from water, currents and winds; b) jurisdiction in accordance with the relevant provisions of this Convention, concerning: i) installation and use of artificial islands, facilities and structures, ii) marine scientific research, iii) protection and preservation of the marine environment, c) other rights and duties provided for in this Convention. 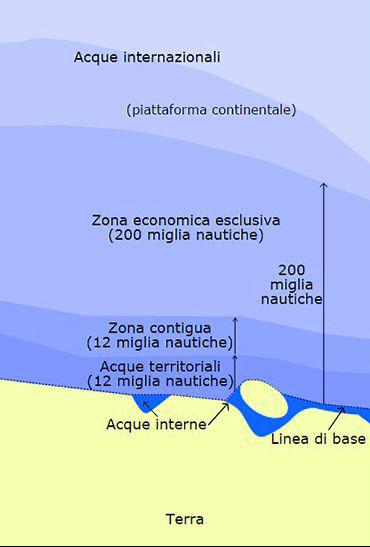 It (art. 57) can extend up to 200 miles from the baselines2 (baseline) from which the extent of territorial waters is measured (territorial waters) and, to make it effective, it must be formally proclaimed to the international community.

Why would Turkey and Libya have preferred to enter into a Memorandum of Understanding?

Generally, in international practice one chooses to use this tool for three reasons: 1) the first of them, is that one of its advantages compared to, for example, a treaty, is that its text can be kept confidential. Precisely this characteristic, in the case in point, has made it possible to send it "to things done" to the United Nations, thus being able to keep in the dark the other States potentially interested (mainly, those mentioned before, besides the same Parliament of Tobruk) that could have advance complaints in the phase of its drafting, creating a clear obstacle; 2) secondly, in many states, it can be implemented without the need for ratification; 3) a "MoU" is more easily modified and adaptable among the interested parties, compared to a treaty which, on the contrary, may require a long negotiation process.

On the other hand, such an instrument does not have the nature of a real agreement in a legal sense (since it is generally excluded from what appears from the text or from the declarations of those who subscribe it), but rather assumes importance in terms of its political value3.

Well, coming to the Zee, precisely because of the interests and purposes underlying it, mentioned above, it is certainly theagreement (understood this time in a strictly juridical sense), the instrument through which it should proceed to its delimitation (as established also by constant jurisprudence of the International Court of Justice).

Ditto for Libyan domestic law, in view of the fact that it should have been approved by Parliament, all the more so when combined with agreements of other kinds, such as cooperation with other armed forces (Turkish, in this case) on their own territory.

Instead, just as reported by the Libyan Parliament itself (Libyan House of Representatives), to circumvent the ratification of Tobruk, the duo al-Sarraj - Erdogan would formally call "memorandum" instead what is a real agreement, having as object vital interests of the country in question (including its military and energy sovereignty).

Of course, if the question were exactly in these terms (the conditional remains a must, given the lack of knowledge of the official text), it is clear that we would be in the presence of a violation of the right, at least in three respects:

Convention which - mind you - was not signed by Turkey, nor, probably, ratified, probably because of its difficulty in establishing an exclusive economic zone, and for political reasons (the dispute with Greece is longstanding, for example, first recalled , but also with Cyprus and Egypt, the definition of whose exclusive economy zone has always been considered a threat by Ankara), both geographical (the territorial sea borders it shares with other states, already mentioned, unlike Libya which, on the contrary , can extend the rights in question for the 200 nautical miles on callbacks, without encountering any limits whatsoever).

Yet, this Convention, with its provisions, is - or should be - in any case binding, as far as the institution in question is concerned (an exclusive economic zone, precisely) since it is by now common law and, therefore, valid erga omnes, regardless of whether or not a State has signed the aforementioned (therefore, also with regard to Turkey and Libya itself, although the latter has, in fact, despite the formal recognition by the United Nations, problems related to the recognition of its international subjectivity).

Certainly, the situation that is developing in the eastern Mediterranean is quite worrying and, certainly, there will be no further developments in the days to come.

What is desirable is that, those in charge - United Nations and European Union primarily, but also Italy - they decide, finally, to undertake a less timid and more incisive policy, especially after the substantial failure - because this was the case - of the Eunavfor Med Sophia operation (which, one remembers, foresaw, between 'other, the contrast on the ground and in Libyan territorial waters of trafficking in human beings - alias uncontrolled immigration -), evidently sacrificed to an attempt to maintain certain balances, which, however, are in any case skipped.

Because, what can no longer be overlooked, is that both Turkey and Libya have often used uncontrolled immigration as a weapon of blackmail, both towards Europe and, in particular, Italy. And there is no reason to doubt that, even in this case, they will not return to do so.

1 In addition to the exclusive economic zone, among the other areas identified by UNCLOS, useful for understanding the issue, are:

2 The Convention sets the limits of the various identified marine areas, measured in a clear and definite manner starting from the so-called base line. The baseline, so called as the starting point for the definition of inland waters and international waters, defines a broken line that joins the remarkable points of the coast, generally remaining in shallow waters, but where the coast is particularly jagged or in cases where islands are very close to the coast, the baseline can cut and include large tracts of sea.

3 On the other hand, there are also cases in which, even in some agreements of this kind, it has even been expressly declared by the Contracting States not to constitute an international agreement. See Benedetto Conforti, Manual of international law, 81th edition (Scientific Editorial), p. XNUMX.

5 In fact, in addition to the exclusive economic zone, the aforementioned Convention grants States different rights, including that of "set the width of its territorial sea up to a maximum limit of 12 nautical miles, measured starting from the baselines determined in accordance with this Convention"(Article 3).

Photo: Türk Silahlı Kuvvetleri / presidency of the republic of Turkey