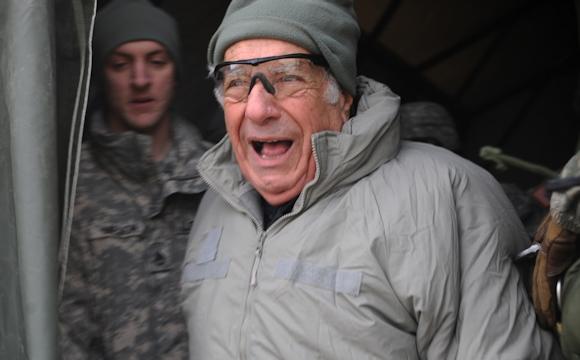 You will remember how for some time (it was 2018) we had informed you about the right to recalculation of the pension due to the military (as well as members of the police force) who left the service and subjected, as regards their social security treatment, to the so-called mixed system, remuneration and contributory. In this regard, please refer to the article we published in this regard on this same newspaper (v.articolo). It will be remembered, in particular, how the prerogative to the liquidation had been recognized by the jurisprudence on the basis of art. 54 of Presidential Decree no. 1092/1073 with reference to the necessary application of the rate increased to 44% to the "share A" of remuneration and above all that, given the textual diction of the aforementioned regulation, this right was to be attributed exclusively to those who could claim at 31 December 1995 a length of service of at least 15 years (and not more than 20 years).

That jurisprudential address, which we have therefore given you since the beginning, has consolidated over time, until it found its definitive consecration in the favorable rulings of all three Central Jurisdictional Appeal Sections of the Court of Auditors, starting from the sentence of 8 November 2018, n. 422, which was acknowledged in a further contribution (v.articolo).

Well, the latest judgments on the subject have gone further, up to recognizing the aforementioned right to recalculate the pension even to those who, at the aforementioned term of 31 December 1995, have accrued less than 15 years of service.

Let's identify the rulings that first applied the new interpretative direction and give an account of the reasons in law that justify it, and then clarify what the requirements for recalculation are and how to obtain it.

1. The first rulings in favor of extending the right to recalculate

Before we even examine the ratio of the new rulings that have opened the way to the extension of the recognition of the right to recalculation based on art. 54 of Presidential Decree no. 1092/1973, even to those who have left with a seniority of less than 15 years, it will be good to indicate the most significant jurisprudential references in this regard. By now, in fact, a new and positive fact must be acknowledged: never as on this occasion, in fact, the affirmation of the new hermeneutic guidelines on the jurisprudential level has been accompanied by the active and increasingly informed participation of those directly involved, as evidenced by the spontaneous emergence of multiple opportunities for discussion, including on social. One more reason, in short, to specifically indicate the references from which to directly draw the related information.

2. The reasons in law that support the new jurisprudential orientation

At the basis of the new interpretative direction made in recent months by the jurisprudence are precisely the sentences that, now definitively, for just under two years now have recognized that the military must apply - it is repeated, in the case of mixed system and the share of pension calculated with the remuneration system - the 44% rate, established by art. 54 of Presidential Decree no. 1092/1973, and not instead that of 35%, provided for by art. 44 of the same decree and intended for civilian personnel.

If, therefore, the basis for calculating the share of remuneration for pensions subject to the mixed system must be the rate increased to 44% - and not that previously incorrectly applied, as mentioned equal to 35% -, since in the absence of a specific legal provision on the point, the rate to be applied for each of the years of service prior to 31.12.1995 must be obtained by dividing the rate envisaged on reaching the fifteenth year of service by fifteen, it follows that the annual rate of return for the years prior to 31.12.1995 will no longer be 2,33%, but 2,93%, having to divide by fifteen not the old rate of 35%, but precisely that of 44%, referred to in the aforementioned art. 54 of Presidential Decree no. 1092/1973.

Prior to the aforementioned address, in clear contrast with the textual diction of art. 54, applied to military personnel dismissed with less than 15 years of service at the aforementioned deadline of 31.12.1995, of the same fractional rate of 2,33% for each year of service in remuneration quota, which was applied to civilian personnel , as said obtained from the subdivision by fifteen of the 35% rate provided for by art. 44 of Presidential Decree no. 1092/1973 specifically for civilian personnel.

See Corte dei Conti, Sec. Jur. Tuscany, n. 40/2020, taking up verbatim what was stated by the Court of Auditors, Sec. II Central of Appeal, n. 310/2019, that the new interpretative solution, which precisely applies to military personnel the fractional rate of 2,93% on an annual basis, is consistent with the current regulatory framework: "otherwise, opinion would not have had the raison d'etre for the differentiation made by the legislator between the two categories [of military and civilian personnel] with the recognition of the advantage of 44% even with a single day of service beyond the 15th for military personnel , an advantage which, as already noted, is not contemplated by art. 44, paragraph 1 [for civilian personnel]".

3. The requirements for recalculation and how to get it

This said, for the sole purpose of preventing the most frequent questions asked on the subject, it is reiterated, as regards the requirements for recalculation, that the military (and members of the police force) who have accrued at 31.12.1995 can have access to it. 15 less than 5007 years of service and are subject to the mixed system. Interested parties will find any useful reference in this regard in the payment of their pension, the so-called SM XNUMX INPS model.

As is known, INPS refuses, at the moment (more and more with regard to this even more recent jurisprudential orientation), to proceed with the spontaneous re-liquidation or at the out-of-court request of the interested party entitled. It will therefore be necessary to address a warning to the same INPS and wait for either the negative response of the same or in any case the useless course of at least 120 days from the receipt of the aforementioned warning, to then appeal before the Regional Jurisdictional Section of the territorially competent Court of Auditors, which to date is the only one usable for the purpose.

The jurisprudential framework outlined above appears clear: it must be acknowledged to military personnel subject to the mixed system and who have accrued at the time of leave less than 15 years of service the fractional rate of 2,93% for each year of service before 31.12.1995.

However, further necessary confirmations must be awaited by the First and Third Central Appeals Section, before we can consider this definitive assumption. If this is true, it is also true that the direct (logical, rather than juridical) derivation of the pronouncements just recalled by those that in the last two years have ended up recognizing - it is believed, in a consolidated way - the necessary application to military personnel under mixed regime of art. 54 of Presidential Decree no. 1092/1973, leads us to look with optimism at further jurisprudential developments on the subject.

For some time we have been involved in the recalculation of pensions in the salary quota, based on art. 54 of the dprn ...
888
Read