Home Recommended Military law Death of the assisted person and revocation of ... 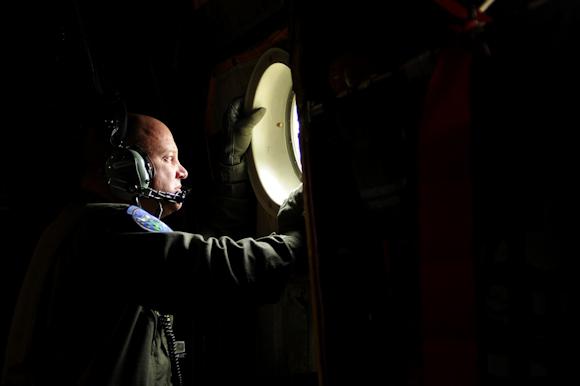 Already in another article published in this publication we have dealt with the matter of transfer pursuant to law no. 104 of 1992 (v.articolo). Since, as is well known, these are transfer hypotheses that draw their justifying foundation in the need, on the part of the applicant worker, to provide assistance to a person with disability or serious handicap, in accordance with art. 33, paragraph 3, of the aforementioned regulatory text, is clearly evident the question of whether this transfer is automatically reversed in the event of the death of the assisted person.

To answer this question - which is certainly of practical relevance, affecting all the military and members of the police who have been accepted in the past to request a transfer on the above assumptions -, it will be necessary to define the regulatory framework and then examine the jurisprudential guidelines that have matured with regard to the interpretation and application of the relevant legal provisions.

As for the rules applicable to the matter, it is obviously necessary to refer to art. 33 of the law of 5 February 1992, n. 104. In particular, however, attention must be paid to paragraph 7-bis added in the novella to the aforementioned provision by art. 24, paragraph 1, lett. c), of the law 4 November 2010, n. 183. In view of the rule just mentioned, in fact, it is provided that "Without prejudice to the verification of the conditions for ascertaining disciplinary liability, the worker referred to in paragraph 3 lapses from the rights referred to in this article, if the employer or the INPS ascertains the absence or the absence of the conditions required for the legitimate use of the same rights. The implementation of the provisions referred to in this paragraph must not result in new or greater charges for public finance ".

Just the aforementioned reform of art. 33 of the law n. 104/1992 by law no. 183/2010 constitutes, for the jurisprudence, the watershed in the matter of revocation for supervening lack of the presuppositions of the motivated transfer for welfare purposes.

Let's see in what terms and for what reasons, retracing the most significant pronouncements on the topic.

2. The jurisprudence on the revocation of the transfer pursuant to law n. 104/1992

In the Praetorian seat, the orientation it claims has crystallized - precisely because of paragraph 7-bis introduced by the aforementioned law no. 183/2010 - which the revocation of the transfer previously granted for welfare purposes pursuant to art. 33, paragraph 3, of law no. 104/1992, should automatically result in the death of the person with severe disability or handicap, for whose care the measure had been ordered.

The orientation developed by the Council of State on the issue is unequivocal and by now consolidated. Thus, in Cons. State, nn. 4671 and 5125/2017, it has been argued in this regard that “The death of the disabled person abides ab internally the function of the transfer provision pursuant to art. 33, paragraph 5, of Law no. 104 of 1992, hopelessly deprived of its constitutive reason for being, and therefore requires the Administration to revoke the movement previously disposed of ".

It should be noted, however, that recent rulings have made it clear that this automatism must strictly apply only to transfers granted pursuant to law no. 104/1992 following the entry into force of the aforementioned reform. Paragraph 7-bis of art. 33 of the law n. 104/1992, as interpreted above, in fact, as it is not retroactive at all, it can only be applied to transfers that have been arranged at the request of the interested parties after the aforementioned term, to be identified precisely on November 24, 2010; this evidently complies with art. 11 of the Preleggi, according to which "The law provides only for the future".

With regard to transfers prior to November 24, 2010, therefore, the death of the assisted person cannot legally determine the revocation of the previously ordered provision and the return of the applicant to the home, or in any case his transfer to another office.

In this regard - without prejudice to the absence of any automation - it will be necessary to consider case by case, examining specifically the rules of sub-legislative and regulatory sources applicable on the basis of the Administration to which the public employee belongs..

So, for example, as regards the Ministry of Justice, it will have to refer to ratione temporis regarding circular no. 3582/6032 of 16 May 2003, according to which, in the above cases, the faculty of the public administration was exclusively established to reserve the right to consider the (therefore, mere) possibility of revocation of the transfer based on a discretionary weight between the position ( family and / or staff) of the previously transferred worker and service needs. Moreover, in the same ministerial organization, successive circulars then established that the transfer granted for welfare purposes acquires definitive character at the end of the course of at least five years from the provision that provides it, after ascertaining the effectiveness of the assistance relationship for the whole period, with consequent inclusion of the employee in the structural organization chart, in full consistency with the organizational needs within the destination administration (on the subject, see TAR Puglia - Bari, Bari, Section III, 7 July 2016, n. 1197; in the same sense, TAR Puglia - Lecce, 22 June 2017, n.1032).

For the other Administrations it will be a matter of applying the same criteria, bearing in mind in any case the application of the aforementioned principle of law referred to several times and therefore enhancing the legislation applicable at the time in which the transfer request had been accepted.

The concise overview of the applicable rules and the most significant jurisprudential rulings on the effects of the death of the assisted person in the event of transfer pursuant to law no. 104/1992 has therefore allowed us to reach certain conclusions that are sufficient to provide a first essential orientation to the subjects concerned, highlighting how there is automatic re-transfer, in the aforementioned cases, only with regard to transfers granted before the entry into force of paragraph 7-bis added to art. 33 of the law n. 104/1992 by law no. 183/2010, and therefore prior to November 24, 2010.

In all other cases, on the other hand, therefore, excluding any automation, it must refer to the sub-legislative and regulatory provisions (including circular) applicable to the individual Administration to which the interested party belongs.

For some time we have been involved in the recalculation of pensions in the salary quota, based on art. 54 of the dprn ...
885
Read

When we talk about wars, as far as it is legitimate to deduce from the news of these weeks, we end up with the reputation ...
6958
Read

Unfortunately, the cases of soldiers and members of the Police Forces whose ...
3170
Read