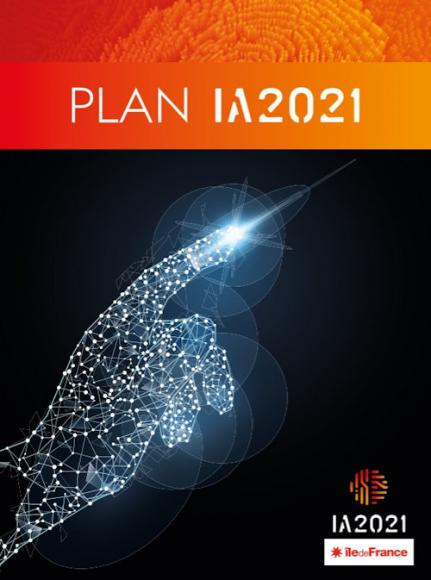 France is launched in pursuit of the big names on the path of artificial intelligence. In fact, its aspiration to achieve a certain independence in what is considered is not new strategic sectors of the world of technology. New technologies, and among them Artificial Intelligence in the first place, have always been the subject of national interests.

The government of the world is increasingly controlled by new technologies. Artificial Intelligence allows the acceleration in the development of many fields of knowledge of our society as it helps man in the management of enormous masses of data and in the search for patterns with the most disparate uses.

The use of tools equipped with Artificial Intelligence is increasingly present within governments, companies and society in general and in particular in the "decision support" sector. More and more organizations, civil and military, are making use of tools predictive analysis based on Artificial Intelligence for the development of their business and the States are preparing themselves, perhaps too slowly, to govern this new field of research.

In September 2017, the French Prime Minister, Edouard Philippe, assigned a renowned French mathematician, Cédric Villani, the task of preparing a report on Artificial Intelligence focusing on the measures necessary for France to be in a position to exploit all its possibilities. Villani set up a work group made up of seven people with different backgrounds who worked full time to achieve the assigned goal.
A few months later the report is presented and published.

The first part of the study, "Une politique économique articulée autour de la donnée", recognizes the importance of data in today's society and the ever growing interest in economic and social development. The report, which I recommend to read carefully to those interested in the topic, it is full of ideas and although focused on France, it can also be an excellent guide for Italy.

France has therefore launched its strategy for Artificial Intelligence and in a very pragmatic way it follows it.

As an effect of the national strategy, the "Plan IA 2021" for the development of Artificial Intelligence in the "Ile de France" region can be considered.
The plan, very concise and clear, is based on four lines of conduct in turn divided into fifteen points. Let's see them together.

La first line of address consists in putting AI at the service of the economy of the "Ile de France" region (which includes Paris) and in particular of its industry.
It is divided into seven practical or objective measures:
1. Facilitate the use of AI for small and medium-sized enterprises (PME) and for medium-sized enterprises (ETI).
2. Make the AI ​​offer and services readable and bring the offer closer to users.
3. Promote innovation in AI by sharing industrial data.
4. Giving access to competitive and sovereign computing and data storage power.
5. Propose a research offer in AI for PMEs, ETIs and start-ups: the INRIATECH project, and encourage the recruitment of doctoral candidates.
6. Realize training courses accessible to young people and job seekers.
7. Create the first AI high school in France.

La second line of direction is to strengthen the leadership and international attractiveness of the Ile de France in the field of AI. It is divided into three objectives:
8. Support for the DIGIHALL project.
9. Accelerate international cooperation with Quebec, Bavaria and South Korea.
10. An international communication strategy relating to "IA Paris Region", by means of Paris Region Enterprise (PRE) and AI ambassadors.

La third line of address consists in removing the technological brakes on the priority regional supply chains.
11. AI at the service of Health - challenge "IA Oncology" and deployment of the hospital of the future.
12. AI serving industry - "IA de confiance" and "transfer learning" challenges.
13. AI at the service of citizens - challenge "AI emploi".
14. Innov'Up: promoting and adapting regional aid in the innovation sector to encourage the use of AI.

And finally the fourth line address which consists in guiding and evaluating the whole process implemented.
15. Implement federated and structured governance.

For each of the objectives, the strategic partners and the methods for achieving them are indicated, including time and investments or projects implemented.
In some cases it is simply a matter of putting the various initiatives that have arisen over time in order to have a clear vision of what is happening, in other cases they are real investments.
An example for all: point 7 consists in creating the first French high school, a project developed in collaboration with Education nationale, Thales, Microsoft, IBM, Qwant and some start-ups, with the aim of training about 200 children per year. The programs will include studies on AI and on various branches of mathematics and statistics.
One of the challenges for the success of this project is the preparation of teachers, initially human resources will be found within the companies and academic institutions later in the sector. 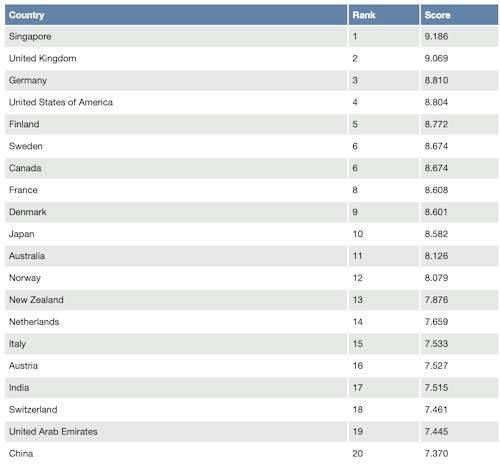 What is happening simultaneously in Italy?

To try to give an answer we can use various sources, among which the Oxford Insights report on AI for the year 2019 which indicates the overall preparation of a nation in the field of AI. While we were aware of the very high level reached by Singapore (facilitated by the size ...), we were surprised to see China in twentieth place.
According to the report, France is in the leading group in Europe, together with Germany, Finland and Sweden, while Italy ranks fifteenth worldwide and eighth in Europe with a significantly lower index value than the first countries. .

Even taking into consideration any distortions due to the methodological approach used in the preparation of the report (China's position seems to be an obvious clue), Italy's delay is evident, despite the excellent level of academic and industrial research, as witnessed last year during the first CINI national conference on Artificial Intelligence.

What Italy has lacked so far is the system of knowledge and skills distributed among universities, research centers and businesses.

The latest news from the commissions appointed last year, one at the Ministry of University and Research and one at the MISE, date back to March and August 2019 respectively.

A year has gone by without a national strategy being approved and funds allocated to support development. Once incompatible with the speed of the transformation underway.

The Metaverse is mostly described as a virtual world that was created by combining different technologies. It...
2462
Read