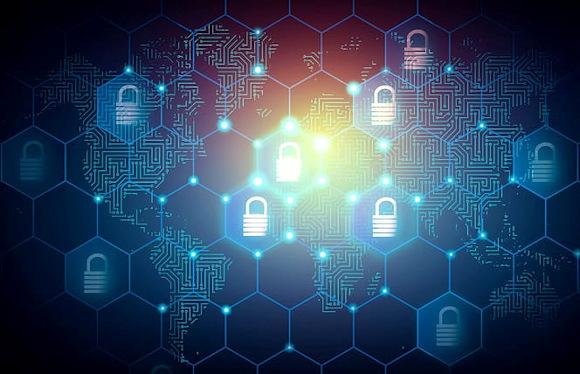 In first article we have introduced what are the main problems of modern cryptography, or rather, what are the mathematical limitations that are exposed by the world of quantum computing. The problem is complex and in recent years research has attempted to solve the dilemma by defining cryptographic methods that offer some kind of quantum strength.

This second part explores precisely these aspects, introducing the topic of quantum and post-quantum cryptography and in particular the technology of Quantum Key Distribution (QKD) which represents a particular technology in this context, able to offer the so-called perfect secrecy.

Quantum cryptography is already in development and use, however, given the current costs, it is unlikely to replace all current cryptographic use cases, especially in the near future.

It is essential to underline that, what has been said so far, speaking of attacks on asymmetric forms of public and private key cryptography, does not apply to symmetric cryptography (which makes use of the same key shared between the communicating parties). Shannon in 1949 demonstrated that with symmetric cryptography the conditions exist to achieve perfect security (perfect secrecy) or unconditional. 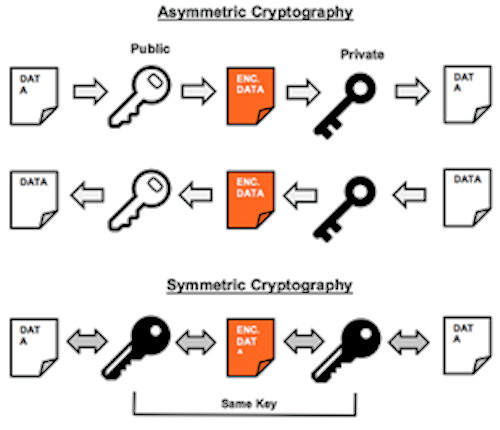 First of all a brief summary. Public key cryptography, or asymmetric cryptography, guarantees confidentiality. Suppose one party (Alice) wants to send another party (Bob) a secret message. Alice encrypts her message with Bob's public key, creating an incomprehensible ciphertext, which she sends to Bob. Bob decrypts the ciphertext to find out the original message. Note that the communication is one-way or "asymmetric"; Alice cannot decrypt Bob's messages as she does not have the private key. Public key encryption is asymmetric and is generally slower than symmetric encryption schemes such as AES. For this reason, public key encryption is mainly used to establish a secret key shared between the parties. That is, the secret message sent by Alice to Bob is a secret key, and this secret key is then used to efficiently encrypt and decrypt the data using symmetric encryption.

What is Quantum Key Distribution?

As mentioned in the previous paragraph, the conditions exist to make symmetric encryption an unconditionally secure encryption method, always assuming that an attacker does not know the key. The problem is therefore that of distributing the keys without being intercepted. This problem leads to the birth of the Quantum Key Distribution (QKD), which is a system based on a "quantum channel" (optical fibers or strings "Free space" satellite) to distribute symmetric keys in a non-interceptable way. As already mentioned at the beginning of the article, QKD is a technology related to quantum computing due to the fact that it uses the same mathematical "terminology": it can be said that in this case we speak of "quantum" without the "computing" attribute .

QKD in particular uses the quantum properties of photons (i.e., poor interaction with matter and the ability to maintain their quantum state in a suitable medium, such as an optical fiber, for a few microseconds, in the form of phase or angular momentum) to exchange a symmetric cryptographic key, which can be used to encrypt messages which are then exchanged through a "traditional" channel. The security of QKD is based on fundamental laws of nature, which are insensitive to increasing computing power, new attack algorithms or quantum computers.

The safety of QKD is based on a fundamental feature of quantum mechanics: due to the Heisenberg uncertainty principle, following which one cannot measure a physical quantity without interfering with it, the act of measuring the state of a quantum of light destroys it. With this type of systems, security derives precisely from the fact that any malicious actor who tries to intercept an exchange of information will inevitably leave detectable traces in the form of errors in the transmitted key. At this point the two parties Alice and Bob can decide to use a new symmetric key or stop the transmission.

The QKD formally also has a second advantage, it being possible to demonstrate that it is a safe system from the point of view of information theory (information-theoretically secure). Its security derives exclusively from information theory, that is, it is not based on the alleged difficulty of the mathematical problems used, and is therefore secure even when the opponent has unlimited computing power.

Another important operational feature of QKD, when used sequentially to produce successive encryption keys, is the called property "forward-secrecy" of the keys: the keys subsequently exchanged on a QKD link, are independent of each other. Therefore, the potential compromise of one of them cannot lead to the compromise of the others. This is a particularly valuable feature for both high-security networks and long-term data storage (everlasting security).

Figure - Alice and Bob are connected through a QKD Link (made up of the pair of Ethernet and fiber optic connections) and exchange symmetric cryptographic keys, to then establish a symmetrically encrypted secure connection. Eve is listening on the QKD link and trying to intercept the encrypted key or stream

A fiber optic transmission channel to send qubits of information (qubits) between the transmitter (Alice) and the receiver (Bob).

A key exchange protocol that leverages quantum properties to ensure security, detecting wiretaps or errors, and calculating the amount of information that has been intercepted or lost.

CSO Insiders, “What is quantum cryptography? It's no silver bullet, but could improve security, ”12 3 2019. [Online]. Available: https://www.csoonline.com/article/3235970/what-is-quantum-cryptography-i....

Let's go back to the discussion, only mentioned in a previous article, relating to the role of Artificial Intelligence in ...
183
Read

The computer as we know it, that is a small and relatively inexpensive device, capable of ...
562
Read

That computer viruses are now a consistent and persistent threat to companies is something everyone knows ...
934
Read 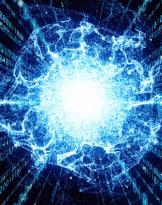 In recent years, the term Quantum Computing is increasingly used even outside research laboratories, ...
839
Read 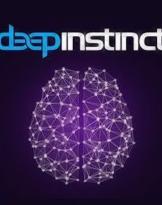 It has been established that antiviruses are not always able to protect us. In a 2012 study, the seasoned journalist ...
364
Read 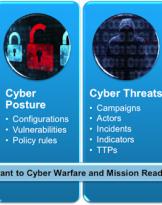 In the modern world, it is increasingly important to make conscious decisions relatively quickly. It is the case...
417
Read 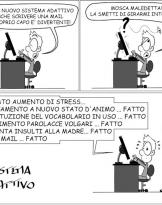 The world is changing at an incredible speed ... in all sectors. What would you say if from one day to the next you didn't ...
632
Read 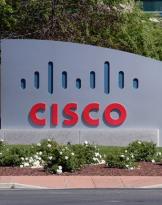 It often happens that to find an interesting and well done course you have to pay an arm and a leg, perhaps having to ...
583
Read 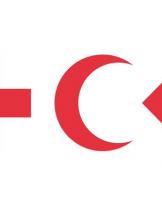 One grows up in military schools with the principle - moral, rather than juridical - of never attacking anyone, in the field of ...
764
Read 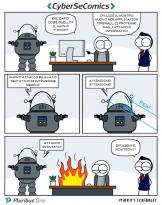 Untangling among the IT security products, comparing them and then choosing them is not easy at all, not even ...
1013
Read