Home Recommended Cyber France: "Training in the management of ... 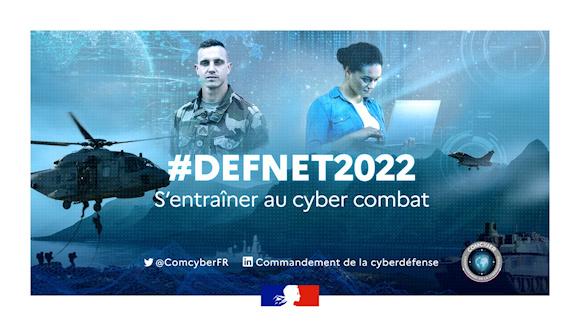 Since cyber defense is a strategic national security issue, the "DEFNET" exercise is specifically designed to allow the Armed Forces, directions and Skills of the French Armed Forces Ministry to plan, coordinate and implement specific defensive measures in line with the reality of the threat.

The ninth edition of the ministerial cyber defense exercise "DEFNET", organized and conducted by cyber defense command (COMCYBER), takes place from 14 to 25 March 2022 at various military sites in France, in higher education institutions in Paris and in the region of Grand West, and also involves industrial partners.

"DEFNET" mobilizes and trains the entire cyber defense chain of the Ministry of Armed Forces to react to various large-scale incidents on the networks deployed in operations and on French territory, in a fictitious international context.

This large-scale exercise is piloted in Rennes by an operations center that directs the crisis cell, and the teams in charge of animation are distributed throughout the territory.

Maintain a high level of proficiency in cyberdefence French also requires a strengthening of cooperation between military, public and private actors. This is why "DEFNET" integrates, at different levels, the industrialists and the main manufacturers of equipment and equipment, signatories of the convention relating to cyberdefence, for the defense of weapon systems in service.

During these 15 days, higher education students will participate in a Capture The Flag (CTF - cyber warfare exercise), organized by COMCYBER, in Paris (EPITA, EPITECH, ESGI, ESIEA and Sorbonne University), as well as in the Grand West (ESIEA in Laval, EPITECH, ESNA, IMT Atlantique / CentraleSupelec and Pôle Sup de La Salle in Rennes, ENSIBS and IUT in Vannes, IUT in Saint-Malo). It is also an opportunity for them to discover the cyber professions of the Ministry of the Armed Forces.

With this short article I will try to answer the question that was asked to me a few days ago: "How much is ...
2820
Read