Home Recommended Cyber Cyber ​​Influence, and we're all part of the ... 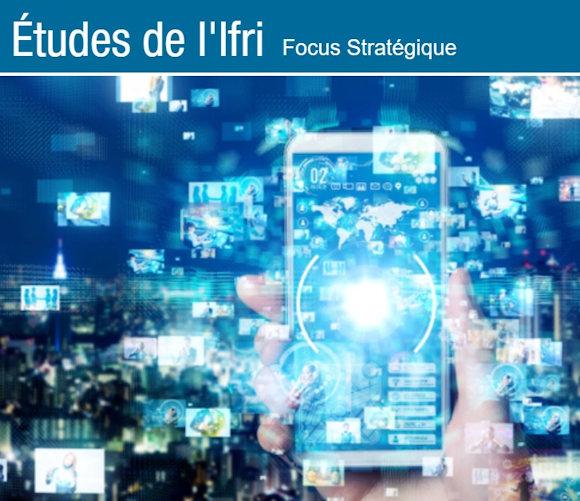 "Cyber-Influence, a new term created to indicate an activity as old as the world, influence, carried out with modern methods and means (cyber) in particular relating to cyberspace."

No, this is not a definition, at least not an official definition! But simply my definition.

In a previous article we have seen what are the relationships between cyber warfare and Information Warfare, now we try to ask ourselves what has to do with all this cyber influence.

This time, to find a guide, I turn to France ... In March 2021, a study by the IFRI (Institut Français des Relations Internationales) was released entitled "Cyber-influence, Les nouveaux enjeux de la lutte informationelle" signed by Laure DE ROCHEGONDE and Elie TENENBAUM. I will try to follow it as much as possible, trying to simplify to make a fairly complex topic understandable to everyone.

This time the key word is "influence" and how this can be used in the context of war.

In NATO the STRATCOM concept it is well known and all the Allied Armed Forces, some more or less, have aligned themselves from the doctrinal point.

Information Operations are part of STRATCOM and are divided into three major branches:

- civil-military cooperation actions (CIMIC), with the aim of improving some social or economic conditions of the host country, to ensure that the Military Force is well perceived and that the population collaborates;

- Psychological Operations, which are designed for the purpose of modifying, maintaining or reinforcing the perception of individuals or collectives.

As it is easy to imagine, these three types of operations can be carried out using means of different nature.

There was a time when people tried to influence others by printing and distributing, often secretly, little books in which they praised that person or idea (more often they gossiped about someone!). Paper and ink were the indispensable support. The area in which this type of propaganda was possible varied from one neighborhood to a city, it was difficult to get beyond it.

Then came the first machines that made it possible to make many copies in a short time. This improved the speed of diffusion. But to be able to cross the city border it was necessary to wait. The advent of the internet and above all of social networks has meant that the boundaries are canceled and with the current profiling skills we have arrived at the door-to-door distribution of customized influence products.

Today, in fact, we are subject to a constant bombardment of messages specially prepared to hit us in our weak points.

Cyberspace is transversal to all human activities and conveys data and information of all kinds, including all information on our psychological profile collected automatically by now from any site, aggregated and analyzed to obtain intelligence products on individuals and groups social.

That's why when we publish a photo of a plate of linguine mussels and clams on facebook, a few moments later we are offered to subscribe to the site of the starred super chef who will teach us how to make tomato sauce using the best (sponsored) products available on the market . Of course, the sites we will be redirected to are created by marketing professionals who know how to capture attention and convince, influence. It is difficult to escape from the network.

In exactly the same way, if we have given our support to a post supporting a political or social cause, in a short time we will be presented with similar posts. Of course this only happens if the possible narrative leads to well-managed shores, otherwise the opposite happens, you are isolated, your posts are deleted, your profile is blocked ...

These are operations of influence, conducted against individuals or social groups, thanks to the power of new technologies and the pervasiveness of cyberspace.

Imagine now what can be done in case of war, when all the strength of a nation is channeled in the only possible direction?

So, let's remember that a rule as old as the world consists in always asking: "Cui prodest"? That is, who benefits? Who benefits from one or the other narrative? Who benefits from having my data? Who benefits from the use of information that without too much worry are shared daily with my social media friends, with the bank, with the pedometer app, with the one that counts the calories consumed and suggests me what to eat, with my supermarket trustworthy, with platforms that help me find the cheapest flight to go on vacation, the hotel that's absolutely right for me, the app that measures my language progress ... let's start repeating ourselves: cui prodest? Then maybe let's do it the same, but let's do it consciously!

Starting by asking this question corresponds to starting a new path, a path of awareness in which one is no longer part of the flock.

As always, thanks to the friends of SICYNT who helped me to make the article simple and interesting with their precious suggestions.

- What you need to know about cyberspace to live well: personalized advertising - Online Defense

Some time ago, for science fiction lovers, films called "Terminator" were released in which a robot was capable...
15
Read