With SICYNT 250 children are more cyber-safe 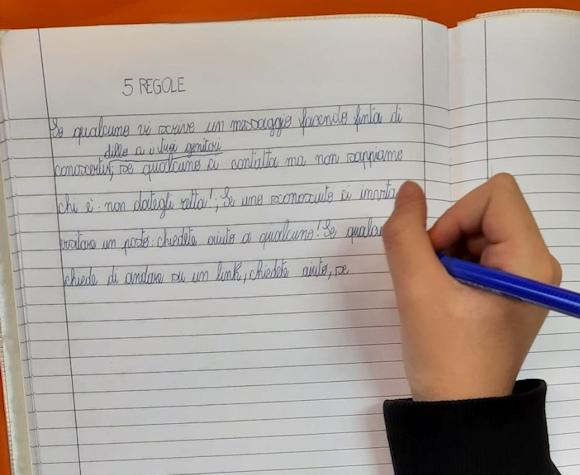 December 7, 2021, 6.40 AM, somewhere near a Milan that for the most part still sleeps, considering it is the day of the Patron Saint Ambrose.

Four people who do different jobs for different companies in the world of IT and CyberSecurity are in the car, with destination Calcinato (BS).

They have a laptop each, three buckets of gummy bears and three hundred diplomas printed with the words "Cyber-Hero".

They have decided that the vacation day can be spent for a noble cause; a cause that fascinates them; a cause they shared with three enlightened elementary school teachers: help 250 fourth and fifth grade children to be more aware of the risks online to which they are exposed.

In the frenzy of our professional life, we often deal with clients to whom we want to offer our solutions; of professionals with whom we want to share information; of journalists interested in the technologies of the companies we work for. We make presentations, webinars, conferences and meetings where we deal with complex issues speaking as experts, with experts. But forgetting that there is a world in the making, a world of digital natives, a world that is very, very exposed to an online life that just as often begins earlier than we can even imagine. 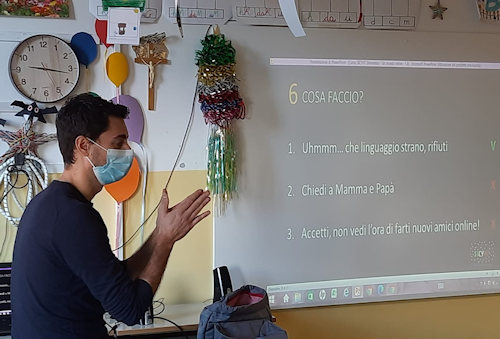 A fascinating, intense online life, full of emotions and possibilities that were unthinkable until a few years ago. A fabulous Collodi's Land of Toys, which, exactly like that of the fable, hides risks and dark areas of which it is necessary to be aware.

Hence the decision to attempt a confrontation with this world; to test ourselves with the strangest, the most unusual, the most challenging public that - as disseminators of cyber and new technologies - we could expect.

The project was born almost for fun in SICYNT extension, an association no profit dedicated to the promotion of cyber culture, new technologies and intelligence in favor of Italian society. Here, working together we have assembled a presentation that - thinking of a target of ten to eleven years of age - tried to expose the fascinating and interesting traits of life online while also highlighting the risks and possible dark areas.

We have tried to use as simple a language as possible, to adopt techniques of gamification to make the sessions more stimulating, use eye-catching graphical representations such as the following:

We have put together the experience of dozens of people with background and very different skills, so that the result was holistically the best of what we could offer. 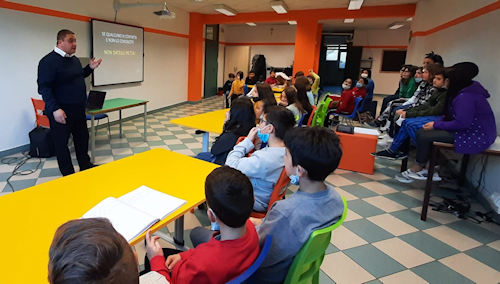 We have conceived a game, the palio del Cyber-Hero, what a young man Web Developer helped us build and put online.

Having done all this, we put ourselves on the line directly for what is called in our environment Beta test: the field test of a solution to see if… it works.

And it worked great!

Ten sessions in one day managed by four presenters involving over 250 children and various teachers.

Children who amazed us for their level natural knowledge of the online world; who have given us strong and unique emotions in the genuine way of sharing their experiences; which impressed us with the total attention paid to us for a surprisingly long time of an hour and a half per session.

Children who made us reflect a lot, about them and their parents, about society and the experiences in which they are immersed every day.

We decided to give you some anecdotes to convey the uniqueness of the day and the depths of the thoughts it stimulated. 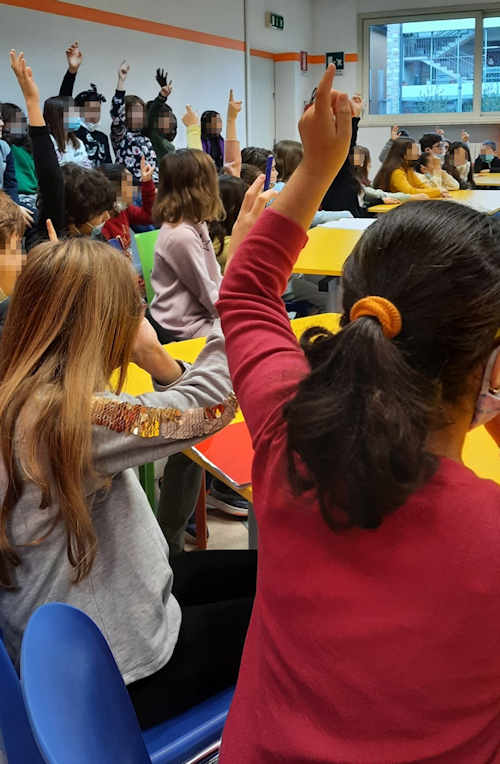 Ten-year-old children who to question How can we communicate today? they responded with a roundup of tools such as Discord, Telegram, Viber, Snapchat… Many of which are unknown to teachers; only two children out of three classes said “with the phone”, while only one child - almost ashamed to say it - answered “with a letter”!

Alla domanda "what do you do when they insult you online?", a toddler replied with "I cry alone in my room", demonstrating the inability to separate theI baby da me as an avatar on Fortnite; another replied "It happened to me that a cyberbully put a comment on my YouTube channel where I teach others to play ... but I'm admin and I have deleted and banned from the channel!".

Another child has quietly admitted that he buys from time to time the things on Fortnite why "He has daddy's credit card inside"...

One of us got a very strange question both for the age of the audience and for how it was asked: "But then you would be one of the few who can explain well what the Dark Web is?"

Many of them, it would not be crazy to assume 30% of the children involved, have created themselves or with the help of siblings just older than a year or two, an account Tik-tok e Instagram… While the parents thought of others !!! And in both of these children they have shown themselves aware of breaking a law.

Many groups have raised issues regarding Blue Whale, Jonathan Galindo and the child who died in Palermo in January, revealing attention and above all concern on the subject.

One child confessed that he would probably choose to jump out the window if a hacker (by now the term has definitely reached a negative connotation) he threatened to geolocate it and come to take out his parents.

Three out of three classes who were asked if they knew the term SOCIAL ENGINEERING not only have they confirmed, but they have shown that they know how to define it correctly.

These and many other interventions have confirmed the urgent need for similar initiatives, perhaps extended to parents, but which address them these age groups and users with ad-hoc content.

It becomes urgent, it becomes our specific duty, so that the online world, so beautiful, so fascinating, so accessible, remains enjoyable by all of us. Especially by those who deserve it the most, for the wealth of possibilities it offers: the young and the very young digital natives. 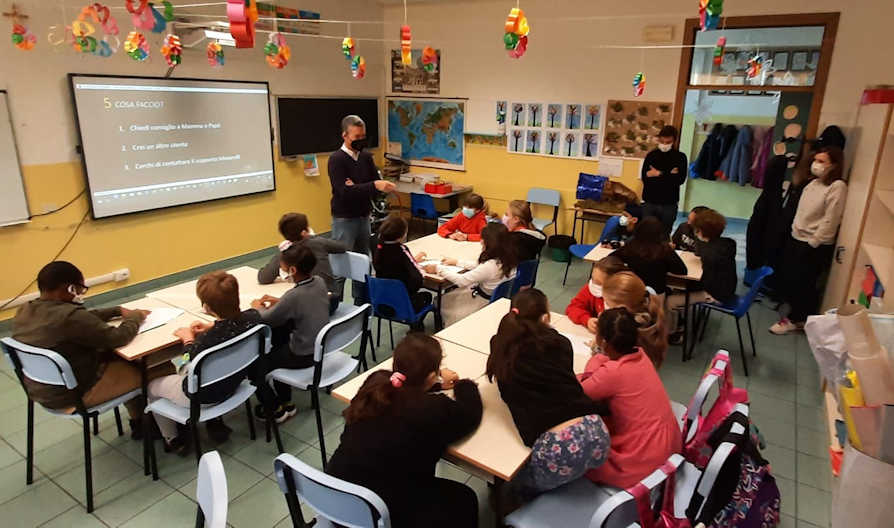 Some time ago, for science fiction lovers, films called "Terminator" were released in which a robot was capable...
249
Read

Part of my job is to test the human element of security in organizations by building and launching...
482
Read

In recent months, the world of cryptography has been shaken by two announcements: the White House has issued a memorandum…
1630
Read