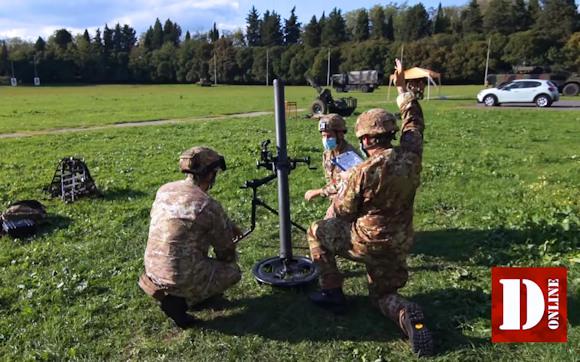 The mortars currently supplied in the various armies are practically the same (from a design point of view) since the Great War, over a century ago.

During the conflict, characterized by an exhausting war of position, the first modern mortars appeared, the Stokes British, essentially a 76 mm diameter tube, with the rear closed and fitted with a firing pin.

Mortar firing is characterized by having a strongly arched parabola (the so-called third arc) therefore, even if large ranges are not obtained, it is still possible to hit targets from above, even if hidden behind shelters.

During the Second World War, the Royal Army used the 45 mm breech-loading Brixia as a light mortar, while the American M-19 60 mm mortars were used after the war. 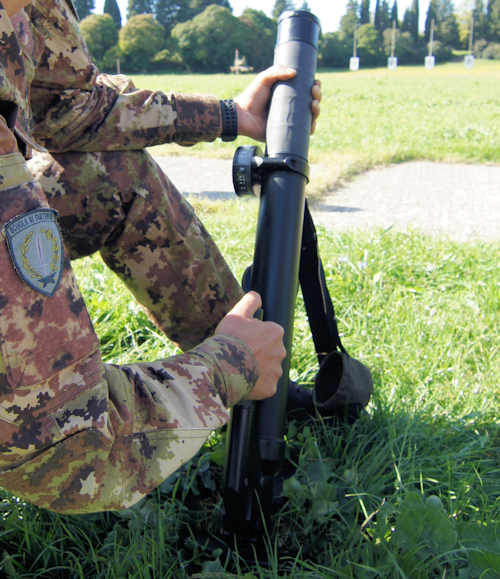 In the mid-90s of the last century, the M-19 underwent an update at the Terni plant and was used by the contingent Kite in Afghanistan in 2003.

Subsequently it was decided to adopt the 6 mm C210-60 of the Austrian Hirtenberger (photo), with firing button. This mortar is used by a single operator - while another carries the ammunition - inserted in the infantry squad (the weight is just over 5 kg), the maximum range is 1.600 meters.

Moving up in category we find the medium 81 mm mortar. After the end of the Cold War, the Italian Army had abandoned this caliber as the mechanization of the infantry units made it possible to cover medium distances in short periods, effectively canceling the maximum range of the pieces of 81 employees (French mortars were supplied Thompson-Brandt), equal to 4.150 meters.

The twenty-year conflict in Afghanistan has highlighted the usefulness of the 81 mm pieces, as they are portable on the shoulder and their ammunition is powerful enough to cause heavy losses to the enemy, especially in the open field.

To remedy this shortcoming, the Army has recently introduced the Spanish Expal MX2 KM 81 mm smooth-bore mortar into service.

The Spanish piece is a quick and easy weapon to set up (it is equipped with an asymmetrical bipod), requires three mortars for its use and allows you to beat targets at 360 ° without having to move the plate (the minimum range is 100 meters while the maximum is 6.900 meters). An important feature of this mortar is that the noise produced by the starting shot is slightly louder than a rifle shot, which makes the weapon difficult to locate (moreover it is possible to apply a deflector to the muzzle of the barrel, making the mortar even more silent. ).

The pieces of 81, in the current order of the Italian infantry, are included in the Maneuvering Support platoon of the rifle company. 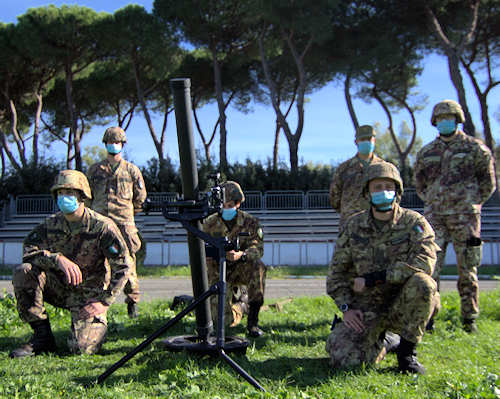 The third mortar employed by the Army is a heavyweight, the French Thompson-Brandt 120mm rifled barrel. Inserted in the Maneuvering Support company of the infantry regiment, the team using the MO-120 RT consists of 4 crews plus the driver of the vehicle (the mortar has a weight of 580 kg in running order).

The maximum range of the piece is about 13.000 meters, with RAP (Rocket Assisted Projectile) bomb, which brings it closer in its use to a piece of artillery than to a mortar. Fires a tanged ammunition without stabilizer fins, with a first shot CEP (Circular Error Probability) between 50 and 80 meters.

We conclude this roundup of the mortars supplied to the Italian Army by making some references to ammunition. If over the last century the structure of the mortars has remained almost unchanged, significant progress has been made on the bombs used.

The Army uses conventional HE ammunition for both 81 and 120 mm mortars.

However, current operational scenarios require extreme shooting accuracy, which is why many companies have developed mortar bombs with laser and GPS guidance systems. In addition, kits are on the market to transform conventional ammunition into laser or GPS guided one. 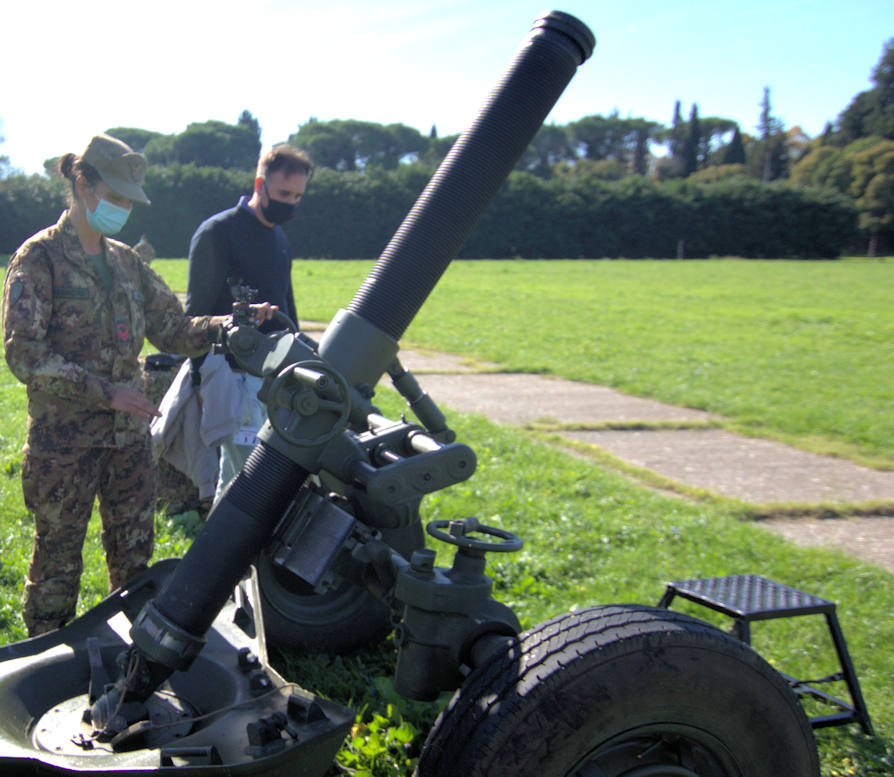 It often happens that in order to understand the origins of a conflict, as to understand where an evil comes from, one must investigate ...
5164
Read

Valery Vasilyevich Gerasimov was born in Kazan, in what was the Soviet Socialist Republic until 1990 ...
24385
Read

The dramatic images of these hours from Afghanistan summarize, in the most tragic way, not only the ...
2678
Read