Report from Kosovo by Daniela Lombardi 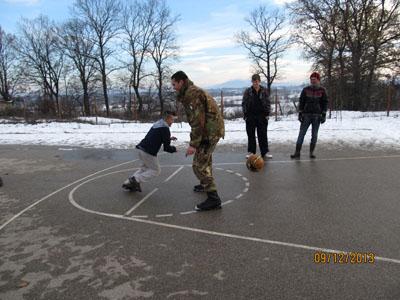 A winning weapon does not necessarily have to have blows in the barrel. This seems to be the lesson taught by the Italian soldiers of Kfor, based in Belo Polje in Kosovo. Their weapon to get closer to the population, in fact, should be loaded only with humanity and empathy and is called LMT, or Liaison Monitoring Team.

A group that appears to be a long way from the typical idea of ​​a soldier traveling abroad with a rifle and bulletproof vest. A well blended set of eight people, plus two interpreters, which acts as an interface with the civilian population in each municipality. To be part of it, one must have diplomatic skills, one must be able to build relationships that always walk on the razor's edge, given the need to remain equidistant with respect to the positions of the Serbs, who in Kosovo represent the minority of the population and of the Albanians, an ethnicity that instead maintains the large numerical majority after the well-known events of the late 90. For this reason, team members cannot afford errors that can hurt anyone's susceptibility.

Lieutenant Marco De Santis, commander of the LMT 3 operating in Pec, in the west of Kosovo, knows this and all the soldiers of the group know it, who have had to "swallow" liters of rakija since they have been operating in the country , the typical Serbian alcoholic drink, for building relationships and making friends. "We did it with great pleasure, it is our way of making friends and affections that bind us to the population more and more", explains De Santis, who has recently concluded his mission in Kosovo and to whom he has replaced the Captain Baptist. “I just started - explains the new LMT commander - and I'm already enthusiastic. After all, those who have lived this type of experience have always spoken very well about it for the type of human and cultural wealth that is acquired ".

The mission of the team members is, in fact, very particular. They are the only ones who do not have to return to the Belo Polje base as soon as evening falls, as the other military must do for security reasons. Even religious or marriage festivals that are organized in villages and sometimes last until night are important, in fact, to open dialogue with civilians and incorporate their needs, their problems. The members of the LMT, in fact, relate to the population and then communicate the needs of the villages to Cimic, a unit responsible for civil and military cooperation, which then deals with financing projects that are considered to be of public interest, such as the construction of a water pump, the rebuilding of a street, the setting up of a computer room inside a school.

"The most interesting aspect is that we need to relate to different types of people, from the humble farmer to the mayor, to the director of an aqueduct. For everyone, we must adopt a different approach, a different way of speaking and a language of a certain type, "explains Lieutenant De Santis. As is easily understandable, in fact, with a village head the language will have to be more informal, the gestures will be more confidential.

It is perceived, for example, in reaching the house of Miotrag, the head of the village of Bestovik. Miotrag is a "comer". This is how the Serbs are defined who, because of the war, had fled - in Serbian territory as in his case or elsewhere as in others - but who then, overcome by nostalgia for their land, but also attracted by the idea of ​​finding houses in to live rebuilt thanks to EU funds, have decided to retrace their steps. Miotrag thrives on agriculture and livestock. The meat it produces is also sold to Albanian butchers. “I want to live with those who are good, whether Serbian or Albanian. Only this counts ”, is the philosophy of the village chief, who after having explained it serves everyone present a glass of rakija. Refusing to drink could spoil relations with this jovial and welcoming man, who, however, cares about respect for traditions. This is Serbian hospitality. The Italian military know how to appreciate it and know how to move with discretion both among the Serbs themselves and among the Albanians, so much so that, around the Kosovar villages, everyone greets them with affection.

The uniform does not cause distrust, but rather the children recognize the camouflage and "hug" to say goodbye when they see the LMT vehicle arrive. Their parents are just as happy to see the Italian media arrive, the LMT group represented all their problems, their needs. Many of these, as we said, have been resolved, since the group then turned to CIMIC, a civil-military cooperation unit that intervenes whenever the population asks for an intervention for a project for which the competent council ( training, health) does not have sufficient funds, as long as the project in question is recognized as being of public interest.

A network of targeted and effective interventions, which worked well for example in the Albanian village of Kryshec, in the municipality of Pec, where the school was equipped with a computer room as in the past, in 2011, with desks and chairs. “The only mistake not to make - explain the two commanders - is to deceive people. It is promising something that cannot be achieved ”. This is how credibility is at stake and Commander De Santis immediately wanted to teach it to his successor, Captain Battista. They both share a passion for the Balkans. They have studied, as anyone intends to be part of this special team, all aspects of the area in which they operate, from the geopolitical, to the social, to the cultural and religious. De Santis, who comes from Pofi in the province of Frosinone, is in his third experience as a member of a group that acts as an interface with the population. He was already in Kosovo in 2008, then in Bosnia in 2010, and finally returned to Kosovo in 2013. Battista, who arrived from Scauri, in the province of Latina, is on his first experience of this kind, but has already learned how much he is It is important to greet the people you meet in the right way, ie in Serbian in Serbian enclaves and in Albanian when you meet Albanians. A fundamental issue in order not to spoil important relationships, in which trust grows year after year thanks to the “Italian approach”, which pushes people of all backgrounds and all age groups to contact the “Lmt counters”. The team has in fact, based in the Municipality of Pec, an office in which, twice a week, those who want can go to present their requests, the requests which, as we said, are then forwarded to Cimic which can carry them out.

Altogether the Pec Lmt 3 deals with 78 villages, for a total of 115 thousand people. Requests range from those of the patient who needs care to those who simply ask for money. "We are not a bank", in that case the group members are forced to answer, but in the end the concept is always understood and the relationships become more and more sincere and sincere. "With people we talk about everything," says De Santis, "all the arguments are good for creating affection and friendship. We talk about sports, holidays, tourism development. With young people, feeling is immediately created, they are always ready to open up on various topics ”. And this ability to get in tune with the youngest has also led the LMT to a dissemination activity, through the magazine 4U magazine, intended for middle schools and which talks about stories of Kosovar, Albanian and Serbian young people, who they did it, they managed to build a life overcoming difficulties and going beyond the hatred that led their fathers to a fratricidal war.

The winning recipe, to get all these results is one, the group. "The ability to make groups is fundamental - says Captain Battista - it is the first thing that the lieutenant has recommended me in view of the alternation". "Without the team, we are not going anywhere," confirms De Santis, "everyone has his specific role. When we enter the villages, always in three, there are those who open the dialogue, there are those who widen it making their point of view felt, there is the interpreter who relates to the population ”. "Even the driver of the vehicle has an important role - he adds - since he must be able to take us to meetings with people crossing rough roads, overcoming dangers and obstacles". This is also a problem that should not be underestimated here in Kosovo. This ability to recognize everyone's role and importance is also specific to the LMT.

In all this, rifles and machine guns have little to do with it.

Professional journalist, for some years he has been dealing with issues related to missions abroad by Italian soldiers. In the 2012 he published a book - on the Italian contingent in Afghanistan - which won the honorable mention at the International Prize "Signature Pen" organized by the Piedmont Region and the jury's report to the International Prize "Phintia" of the city of Agrigento . After attending the "Course for envoys in crisis areas" organized by the Ministry of Defense, it started as an embedded course for Kosovo, following the NATO mission "Kfor".

Photo by the author: (top) Game moments between men in uniform and Kosovar children; (below) The KFOR soldiers go to visit the village chief of Bestovik, Miotrag; (at the bottom) Lieutenant De Santis and Captain Battista 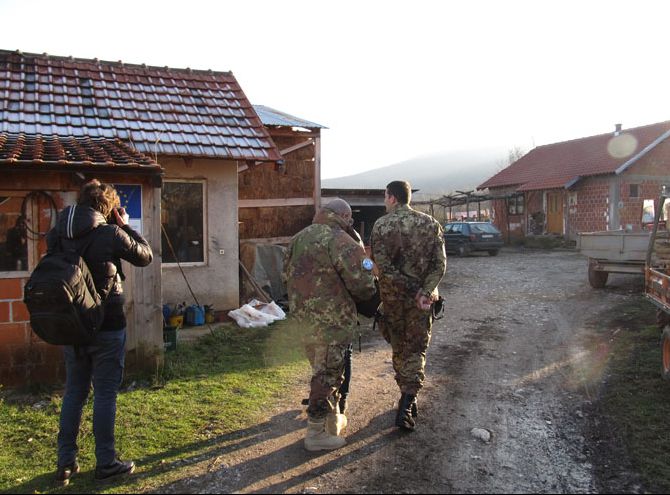 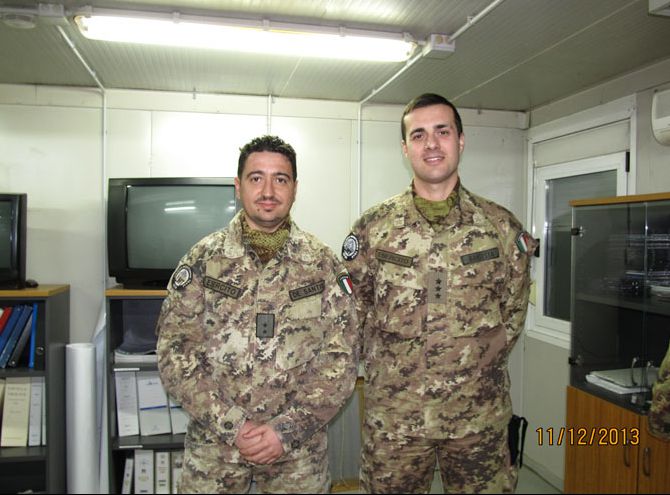 Star Wars, the famous film series originally directed by George Lucas, has millions of fans around the world ....
6489
Read