Islam in Italy, a growing phenomenon with terrorist risk 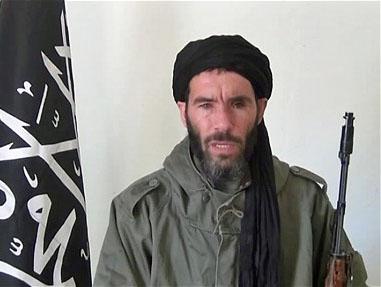 The Islamic presence in Europe in the contemporary era is characterized by three major waves: the first occurred after the Second World War when many fled to Europe to escape the difficulties faced by some countries often characterized by nationalistic regimes; the second is closely linked to the job offer that characterized Italy and Europe starting from the second half of the 70 years; and the last occurred in the 90 years linked to reunification.

Just in the 90 years during the Bosnian war (1992-1995) several Bosnians crossed the Italian borders.

Among them were many "false Bosnians", most of whom came from the Middle East.

In an early period, Islamic preaching and prayer in Italy was represented by small spaces, often garages or basements. The need to have spaces where to worship appropriately was accentuated in the second half of the 60 years, when King Feisal of Saudi Arabia visiting Italy, expressed to the authorities the need for the creation of an Islamic place of worship in Rome that would allow regular participation in Friday prayers for diplomats and officials of embassies of Islamic countries. Thus from the places of prayer they passed to the construction of real mosques.

The first Italian mosque, that of Rome, is headed by the Italian Islamic Cultural Center (CICI), an official institution born in the 1969, in whose council sit the diplomatic representations of Islamic countries. In the ICIC, the line adopted by Saudi Arabia has a prominent role, from which, however, most of the funding comes, through the "World Muslim League", a non-governmental organization based in Mecca. The project to build a mosque in the capital took shape with the provision, in the seventies, by the Municipality of Rome, of an area of ​​around 30.000 square meters not far from the Parioli district, following, as previously seen, of pressure on the Government by the Saudi dynasty (which also assumed the main financial burden) as well as by the majority of Islamic countries. For the birth of the project, the Holy See was also called in, which accepted the initiative not without internal differences of opinion, which arose mainly from the lack of a request for reciprocity, to be exercised, for example, in Saudi Arabia itself. Work proceeded slowly until it was officially inaugurated in the 1995.

Other forms of Islamic associations have taken shape from the massive migratory movement towards Italy. The main forms of aggregation are the Islamic Centers (such as the aforementioned CICI) and the representative associations.

The Islamic Centers are associative structures aimed at the base of the faithful; the most important in the Italian panorama are the aforementioned CICI of Rome and the Islamic Center of Milan and Lombardy (CIML). The latter assumes more militant positions, with the aspiration to be a reference point, at national level, for the whole Islamic community.

Representative associations, on the other hand, have essentially the purpose of grouping together the various Centers scattered throughout the territory and acting as a point of reference for interlocutors outside the Muslim community, such as the Italian State.

One of the associations is the Union of Communities and Islamic Organizations in Italy (UCOII), mainly linked to the CIML of Milan. The constitution of UCOII dates back to January 1990 and was promoted by some Islamic institutions including the USMI (Union of Muslim Students in Italy), the aforementioned Islamic Center of Milan, as well as various personalities on an individual basis. The organizational projects of the UCOII take the form of the provision of cultural and educational services, social assistance and a proper press agency outside the Islamic community. The orientation of the association is that of the return to the purity of Islam, "corrupted" by negative western influences. But the greatest of all is certainly the Islamic Religious Community (CO.RE.IS), an organization that brings together the largest number of Italian Muslim citizens. It has its national headquarters in Milan and 10 branch offices in seven different Italian regions. Its action has focused particularly on three distinct and complementary areas. First of all, following the ecumenical vocation that characterized the CO.RE.IS. since its foundation, an intense activity of interreligious dialogue has begun, in particular with the Jewish Community and the Catholic Church. Secondly, we wanted to address the needs of teachers in public and private schools, faced with a rapidly changing student reality, by organizing training courses on intercultural education. Finally, many public initiatives were aimed at raising public awareness of the possibility of full and harmonious compatibility between the Islamic faith and Italian identity, while international cooperation relationships were initiated with the World Islamic League and the World Islamic Call Society .

The main point is that the Italian state, not institutionalizing Islam, has favored the progress of Islamic centers and associations throughout the peninsula. Thus in a short time several Islamic centers have arisen. It must be said, however, that there is a great deal of attention in distinguishing between Islam, the Muslims of Italy and the extremist fringes that the State dutifully monitors and controls. In Italy, as in all European countries, there is an overwhelming majority of Muslims who have in fact isolated all extremist and fundamentalist tendencies and among the same Muslims in Italy there have been rumors that have publicly denounced any exploitation of Islamic religion or of mosques by some alleged imams or at least figures who had anti-western political and terrorist interests.

With regard to the economic system that sustains them, the financial flow, of different origin and directed towards the Islamic associations also active in Italy, increased during the nineties. Due to the absence of an official clergy in the Islamic religion, at times the imams become expression, from the point of view of funding and training, of external powers (allocated in the States of North Africa. Middle East, Asia) to the same communities in Europe. The lack of specific laws allows any person to proclaim themselves imams or to appropriate the right to manage, for example, Islamic butchers, generating more and more disorder and chaos in the management of places of prayer and more.

The Campania region deserves to be discussed, where the presence of Algerians linked to the Salafita Group for Preaching and Combat is widespread, born from a split within the GIA (Armed Islamic Group). An organization linked to terrorism with branches throughout Europe, mainly devoted to the international traffic of false documents, with connections to the areas of Vicenza, Milan and above all Santa Maria Capua Vetere. There are also Italian sections and articulations of Islamist movements in their respective countries of origin (from Hamas, to the Gama at al-islami, to the Turkish Milli Gorus and to Hezbollah).

Doctor of Political Science, Master in Geopolitics and Master in Criminology and Intelligence in the fight against Terrorism. A lecturer in Contemporary History at the University of Molise, a journalist collaborating with Informazioni della Difesa, Rivista Militare, Limes, Lettera 43, QN and with the Institute of High Studies in Geopolitics and Auxiliary Sciences. He directs the CrimIntel LAB giving seminars to the police forces.