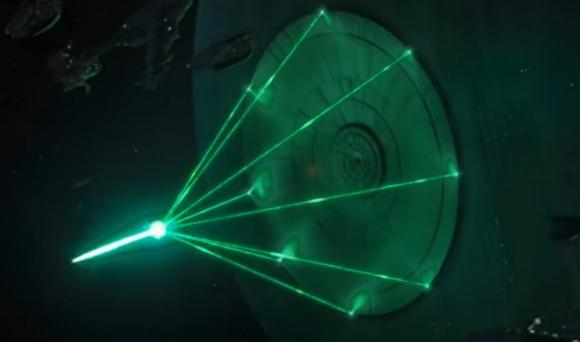 Star Wars, the famous film series originally directed by George Lucas, has millions of fans around the world. Many of the sequences that everyone remembers describe long and intricate battles in space, between spaceships facing each other to the sound of flashes of multicolored light. A very distant future, at least at the time of the first release of the series. And instead it seems that we are approaching this future with great strides.

We begin to discuss, even in tables that are no longer so reserved, about Directed Energy Weapon (DEW). But what is meant by a directed energy weapon?

We start from the consideration that all the weapons available today in the scenario of the armed forces, and this has always been the case, consist of a physical "object" thrown at the enemy and against its assets to be neutralized: stones, arrows, spears, bullets, bombs, missiles. Such weapons are defined as kinetic energy weapons, devices destined to destroy thanks to the energy conveyed by the movement of some of their components (energy perhaps amplified by explosives) hurled against the enemy asset and destined to produce macroscopic effects aimed at eliminating the threat.

A direct energy weapon is instead based on the concept of producing damage to the enemy asset by conveying a different type of energy, energy destined to produce damage at a "microscopic" level. 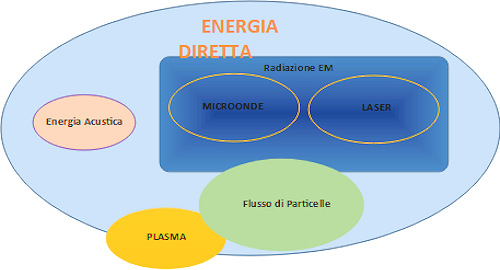 Let's first take a look at the types of energy less experienced so far, and then focus on the most promising ones and in which we are beginning to invest more and more.

The weapons ad Acoustic Energy they are based on a sound emission capable of causing discomfort or damage to other human beings, mainly through damage to the eardrums and, from these, to the brain. There are known experiments by the police against tumultuous crowds (use of sound cannons during the G20 in Pittsburgh, in 2009) and it is suspected that this type of technique may be the basis of the "Havana Syndrome"1, which marks a series of brain damage from which some American diplomats were affected in the Cuban embassy at the end of 2016 (another suspicious episode in Guangzhou, China, in 2018).

Another example is the Long Range Acoustic Device (LRAD) developed by the USA and capable of producing 150db up to 1Km away.

To understand what a 'Plasma weapon we must quickly remember that plasma is the fourth stage of matter (it joins the solid, liquid and gaseous states). Plasma is an ionized gas made up of a set of electrons and ions and globally neutral but sensitive to electric and magnetic fields.

A prototype of a plasma-based weapon dates back to the early 90s (MARAUDER project). There is no other recent news. The news that Yuri Borisov (Russian defense minister) announced plasma-based weapons seems groundless (it is much more realistic to think that Borisov was referring to hypersonic missiles which, during the flight profile, interact with gases transformed into plasma2). 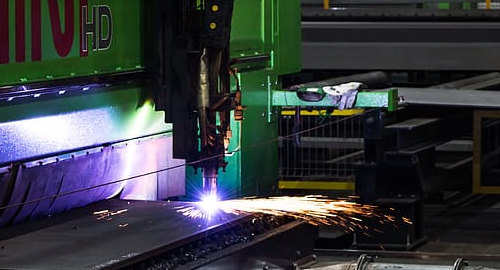 At the moment it seems unlikely the development of plasma weapons, especially in a "terrestrial" scenario, due to interaction of the plasma with the atmosphere. On the other hand, plasma-based solutions are available in the industrial sector (plasma cutting3) given the proximity to the "target".

Particle stream weapons rely on the emission of particles on an atomic or subatomic scale (ions, nuclei of atoms, electrons) to damage the target they are directed towards. From the previous diagram, the group of particle flux weapons is schematized superimposed on plasma weapons as the plasma can be considered a set of ionized atoms and electrons (both are particles) and radiation ones due to the dual corpuscular and wave nature of the subatomic particles.

In fact, aParticle Flow weapon4) is nothing more than an alternative use of a particle accelerator (synchrotron, cyclosynchrotron, etc.). The effect on the target is obtained both by heating and by secondary effects on the electronic circuitry. The effect is obtained as long as the particles are accelerated with sufficient energy and provided that the resulting beam is kept sufficiently "in focus". Precisely this last requirement requires the choice of particles with a neutral charge (otherwise the beam diverges due to the repulsion of particles that have the same charge) and suggests a preferably not very “terrestrial” use. In fact, one of the few known experiments (NPB) was conducted in space in July 1989 at a height of 200km.5). 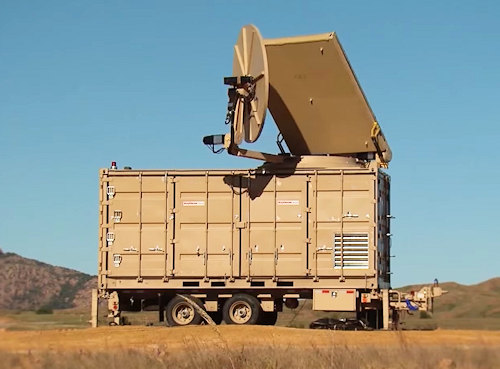 By far the most interesting category of direct energy weapons are those based on the emission of electromagnetic radiation, whether it is in the low frequency range (microwaves) or the frequency range close to those of a light radiation (LASER).

Le microwave based weapons (HPM, High Power Microwave) are focused on directional microwave beams, continuous or pulsed, with a frequency of the order of 10Mhz ~ 100Ghz. These microwave beams are primarily intended to strike the electronic components of enemy systems. They can cause destructive effects, but more easily cause a temporary disability of the target to operate due to blinding of the sensors and / or electrical overloads and / or malfunctions of the internal components.

To create an HPM weapon, the microwaves must be directed appropriately, grouped in a fairly "narrow" beam and, above all, have sufficient power to be able to operate effectively at a distance. Furthermore, a targeting system is needed (the technology, in this case, is already adequate) capable of compensating for the atmospheric characteristics (rain, humidity) and perhaps also the countermeasures of the enemy.

It should also be added that microwaves have a direct effect on humans, and this represents another possible domain in which microwave weapons can play a role. The aforementioned Havana syndrome1according to another current of thought, it may have been caused by an emission of microwaves. Moreover, it seems that in 2020 the Chinese armed forces have already used a microwave weapon against the Indian armed forces6)

The Laser is no longer as exotic as it was a few decades ago. It began to come into our lives with optical disc players (CDs and DVDs), then with laser pointers and now with numerous low-cost gadgets also sold by street vendors.

Laser is an acronym that stands for "Light Amplification by Stimulated Emission of Radiation" (amplification of light through a stimulated emission of radiation) and indicates a source of light radiation (or with a frequency close to that of the visible), mono frequency and coherent. Mono frequency as they are made up of a single well-defined frequency, and coherent because the "crests" and "valleys" of the single radiations corresponding to the photons of the beam must correspond.

Beyond the definitions, when comparing a laser pointer and a mobile phone torch, the difference is macroscopic and clearly visible: the laser beam appears perfectly straight and creates an illuminated surface with a very small area, while the light of any lamp / LED it expands to illuminate a large area.

Let's not dwell on the mechanism for generating a laser beam. In the experiments carried out so far, chemical and solid-state technology has been used above all, but there are different technologies and, above all, research can also develop new ones (or revitalize technologies that are currently considered unsuitable). Let's focus rather on two facts that each of us can easily experience: 1) a laser pointer of a few mW already projects a very intense light; 2) for a few hundred euros it is easy to find on online sites a laser engraver of 20 W of power capable of burning and cutting wood or plastic placed a few cm away from the origin of the beam.

It's easy to extrapolate the reasoning and ask yourself if a laser beam can be used to damage an enemy asset. This is precisely the intent of the High energy laser, HEL, used as a weapon system.

6 Chinese use of microwaves, https://nationalinterest.org/blog/buzz/did-china-use-microwave-weapons-a... 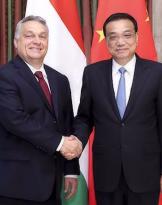 While the whole world, and Europe in particular, continue to have their eyes on the developments of the war ...
2513
Read

Ukraine is today at the center of a world question capable of determining the rupture of a status that has lasted from the end ...
7620
Read

Valery Vasilyevich Gerasimov was born in Kazan, in what was the Soviet Socialist Republic until 1990 ...
25435
Read

The best definition of intelligence is "ability to adapt" to changes, contexts, unexpected novelties ...
5519
Read

In previous articles we have presented the principles of possible DEW systems and we have dwelt on illustrating and ...
3878
Read

Considering the possible types of direct energy weapons and analyzing the experiments that have taken place in the world ...
7336
Read

The dramatic images of these hours from Afghanistan summarize, in the most tragic way, not only the ...
3003
Read

Legends fueled by the mystery surrounding this type of activity revolve around the world of intelligence. The...
2428
Read

The peace operations, in their various articulations, have seen the addition of numerous military personnel ...
5335
Read