Home Recommended Insights The profile of the Shahid between training ...

Shahid's profile between training and tactics 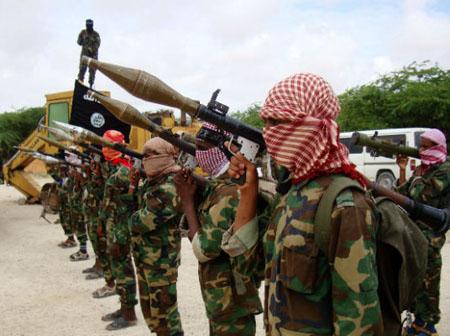 Becoming a martyr or rather a human bomb is not only a religious or political choice, but it is above all the result of a skilful and scrupulous "psychological manipulation" based on persuasive communication techniques. Many psychoanalysts of Western countries have tried to reconstruct the mind-form of the aspirant Shahid.

We therefore speak of "mental programming" that would develop in three phases: thawing, modification, new freezing. In the first phase, called thawing, the identity of the person is attacked and disoriented. This phase occurs with the denial of sleep, with the manipulation of food, with drugs of various kinds especially hallucinogens, with hidden hypnosis, with the induction of guilt. To the individual, especially if he is a child, a new name is given, para-military clothes and new clothes, and he is forced to practice rites to reinforce the new consciousness of himself, military training, physical exercises, exercises of asceticism and meditation. Thus we witness what is commonly referred to as "brainwashing" which continues until the individual appears as an empty shell. Then, with the second phase of the modification, the aspiring martyr is filled with new slogans created ad hoc. Finally we pass to the third phase, called the new freezing, when the individual, ready for any event and to be called at any moment, is put to sleep, ready to take action at a pre-established command, as if he were a biological robot .

It should be pointed out that, according to the Shahids or martyrs themselves, one can conquer the ways of the Absolute through violence, both against oneself and against others, to achieve a place in the eternal garden. Many analysts are inclined to believe that in this case we are faced with "faith when it becomes pure madness". We know that Al-Qaeda acts by not referring to regional conflicts, political programs and goals. In fact this organization gathers volunteers from every region, not united by a language, but united only by the faith enclosed in a messianic destructive ideology.

The path of martyrdom is the best one to reach a political goal such as the defense of one's own country, a component that is halfway between military strategy and religious fanaticism. The training process of an Islamic suicide aspirant or Shahid responds to a precise criterion and follows a series of well-defined and well-defined progressiviben steps. By analyzing the training that leads to the formation of the Islamic terrorist we find important and precise factors of a psychological nature. all aspirants are selected from two precise recruitment databases: the West and the Middle East. However, in both cases one can arrive at a complete indoctrination, up to the ideology of martyrdom, through the same identical formative path, but the motivations that drive the two types of claims are profoundly different.

Each terrorist circuit has specific and separate channels of recruitment and training, even if the operating methods are similar. Recruits from Arab countries are similar to those from Europe and North America by extraction, while the minority from the Caucasian area with strong Islamization often has similar stories behind recruits from the Middle East. Those who come from the European and North American world have a medium-to-high level of education, although they are unlikely to graduate, are socially included in local Islamic communities, have financial resources and are between 25 and 45 years.

While the recruits who come from the Middle East, most often Palestinians and / or Jordanians, have a history of poverty and despair, or tragic stories of families victims of war, and they are very young, included among the 16 and the 26 years.

In this case, which also affects the Chechen suicide commandos, the fundamental lever on which the instructors take the absolute lack of future prospects, a strong sense of belonging to the community and a feeling of anger towards the so-called oppressors, such as Jews or Russians. For the most part these are training in "working in progress", a progressive conditioning that is learned during military and religious training to which the personnel is subjected.

Martyrdom is therefore only the last step in a common and non-special training course. This also explains how recruits with a strong social, cultural, economic and family background can decide to become an expendable human weapon. Furthermore, for the poorest aspirants, enrollment takes place precisely following an economic compensation, as in the case of the recruitment of a regular army. The psychological principles on which training and indoctrination are based are similar to those used by religious sects and are common to all terrorist circuits: secrecy, isolation from the rest of the world, repetition, charismatic leadership, specific language, purpose with purpose common. The principles of secrecy and isolation from the world allow the achievement of a dual goal of the instructors: in addition to avoiding the bombardment of the training base, create a unique community of thought where reality is distorted and focused, and a strong "spirit of body ”and a sense of belonging to an isolated community considered elite.

In fact the information coming from outside is systematically blocked and / or filtered, so the recruits find themselves to gradually examine the reality through the point of view inculcated by the instructors. The psychological principle of repetition is applied both in religious and military exercises, according to a precise daily routine.

Thus it is possible to control the lives of the recruits, leading them to an inexorable lowering of the psychic defenses. In the training camps there is also another action conducted by psychological principles to arrive at a basic function: amalgamating recruits from different cultures and countries far apart, even if they are part of the same Islamic world. The last ritual preparations of an aspiring Shahid are given by the recitation of the "prayer of the dead" or "Salat al-Ginaza", and by the "prayer of dawn" or "Salat al-Fagr". From this follows a video message in which the Shahid reads in practice his ideological testament, often not written by him.

The first phase on the training field, as well as addressed to physical conditioning, focuses on the practical knowledge of combat techniques. In fact we learn to use small arms, to carry out kidnappings of people, to handle explosives. The theoretical teaching subjects are basically four: use of individual firearms, combat training (camouflage, advancement, diversionary maneuvers), topography (orientation), use of explosive material. All kept in an extreme environment: scorching heat, little food, heavy loads and long journeys. To underline the fact that the physical exhaustion predisposes the recruit to an easier psychological indoctrination: dehydration conditions, hypoglycemia, hyperthermia. Factors that all tend to blunt the faculties of discernment.

At the same time, religious training also takes place, which involves an obsessive observation of religious precepts and rituals. For these functions a religious or spiritual adviser is made available.

After this first phase lasting a couple of months, and after having been assessed as "reliable", the groups continue to analyze individual motivations. For the more motivated, military specialization courses are provided, reserved for the most skilled or martyr candidates, but always at the discretion of the camp commander, for obvious reasons of general security. The establishment of an elite makes it possible to obtain voluntary participation by personnel without the slightest effort; thus the next step of training becomes a sought-after destination. After the basic course and the specialization course, which lasts a couple of months, we move on to real religious indoctrination, followed by a teacher, who is usually a mullah. Each group receives a specific religious teaching and religious rituals replace military ones.

Thus military instruction is gradually replaced by religious education and intelligence, infiltration knowledge; practically we move on to guerrilla training.

At the end of the complete training, which lasts almost a year, the best are sent abroad for special missions, which are usually further training missions, trade missions for the purchase of weapons, political infiltration in moderate Islamic countries or recruitment, usually in Europe.

The tactics used are: suicide bombings, attacks on public transport, kidnappings and executions. The tactic widely used by Islamic terrorists has undoubtedly been the bombing bomb attack, even in the form of suicides. This tactic was used against civilians, against soldiers, government officials, etc. The use of suicide bombers is seen by many Muslims as contrary to the teachings of Islam; however, the groups that support their use often refer to such attacks as "operations" of martyrdom; and the suicide bombers who commit them are defined in Arabic as shuhada, the plural of shahid. With regard to attacks on public transport, it must be added that it soon became a guarantee mark for Islamic terrorism.