Home Recommended Insights F-35: if we gave up the invisibility ...

F-35: if you gave up the invisibility the alternatives would not miss 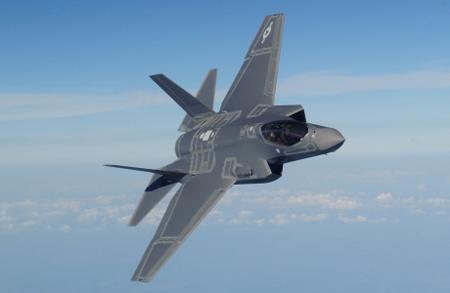 Invisible to radar, with the most advanced avionics ever installed on a fighter, with the cost and operational capabilities of the F-16 plus the short takeoff and vertical landing of the AV-8B Harrier. These are the characteristics of the Joint Strike Fighter program, more commonly known as F-35.

Beyond the countless controversies that are characterizing the development of the fighter, an opinion on the fifth generation aircraft can be given at the conclusion of its development process, scheduled for 2017, as foreseen by the Lockeed timeline. Only then the F-35, investment to date $ 392 billion, it could be defined as a formidable development fighter to say the least troubled or one of the most expensive flops ever. But what is defined by some as a fighter unable to shoot down even aircraft designed thirty or forty years earlier, is only a prototype in development, with many of the expected features not yet installed.

The very implementation of all the sensors (and the presentation of the data in unified form) is very complex and could take many years of work.

But let's think absurdly: if Italy decided to stop supporting the development (and then mass production) of the fifth-generation fighter and freeze the ninety machines planned, what alternatives would it have?

Ad today, is there a fighter able to replace the F-35?

Meanwhile, let's analyze the current context. In the geopolitical chessboard, Italy no longer has the needs of the Cold War, when it was considered one of the nations on the line of fire. From the cold war, however, it inherited the need for a pure fighter, technologically superior to its Soviet counterparts such as the Mig-29 Fulcrum and the SU-27 Flanker. The Efa 2000 is born which, as we know, will come to the forefront without an enemy to fight. Italy, however, back from the end of the Peace Caesar program for the leased use of thirty-four F-16, needed Efa 2000 to constitute a force of air superiority in step with the times.

The Efa 2000 (aircraft that probably will never reach its full development because of its pre-stealth DNA), if on the one hand it has well replaced the F-16 in the air defense, on the other it cannot carry out the missions multirole of the Falcon.

Even today, Italy uses Tornadoes and Amxes for multi-role tactical tasks, machines that have far exceeded their operational cycle. Just think, for example, that the Tornado was designed, designed and built to penetrate the Soviet territory at very low altitude and very high speed, releasing its war load on strategic sites. The peculiarity of the Tornado, thanks to the profile of the wings with variable geometry, is to follow the profile of the ground a few meters from the ground and a thousand kilometers per hour. Effective technique in a war context that could have been carried out thirty years ago. Not now. The Gulf War, for example, has called these types of missions into question. Low-altitude penetration of the risks associated with the particular mission profile is now considered unacceptable.

Then there is the economical Amx, a light attack ground plane, which entered service in the 1989. It was conceived just like the younger brother of the Tornado, able to accomplish all the missions that would not have required the technological efficiency of Panavia. Even the Amx, however, has now reached the end of its operating cycle.

The Italian Air Force therefore needs to replace its multi-role aircraft, about 250, to keep up with the times like other allied and non-allied nations. But what would future threats be? In Russia there is a serious process of modernization of the entire air fleet with four prototypes already built of the new fifth generation fighter, the Sukhoi PAK FA. Quantity and quality of the fleet, will depend on the resources available with a possible entry into service of the new aircraft scheduled for the 2017. China, on the other hand, could acquire an aeronautics in the coming years, at least, numerically, than the US. There would be studies for a possible mass production for a fifth-generation fighter, the Chengdu J-20. The news on the latter is very scarce.

For the rest, in the world aeronautical panorama, there are no real threats. It is enough to consider the history of the last thirty years with the West capable of crushing any threat on the horizon thanks to an unbridgeable technological gap between the parties.

This is a summary of the current situation, but let us return to our starting point: is there a possible replacement for the F-35? 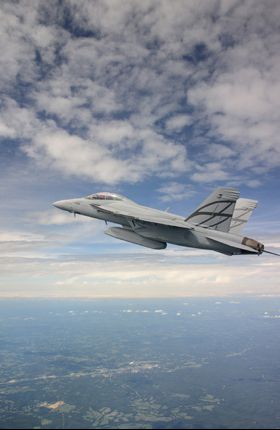 Considering the partial data up to today emerged, we will just say that the natural substitute does not exist: the F-35 is (or would be) the first multi-role stealth tactical fighter in history. But if we decide to expand the search, perhaps by sacrificing invisibility, then we will get very valid alternatives. In terms of multi-role capability, the most viable alternative is the Boeing Super Hornet, an embarked fighter-bomber of the United States Navy and capable of carrying out more missions in a single sortie. The Super Hornet is heavy the 20% more than the F / A 18 A / B and C / D models, with improved surfaces compared to the original design to increase maneuverability. It is equipped with an electronically-scanned radar, Raytheon's APG 79, while the use of absorbing radar materials has reduced its radar signature even though it remains high compared to stealth fighters. Its reliability is now a proven certainty, operating from the American aircraft carriers from the 1999. On paper then, the winner would seem certain. Data in hand, the Super Hornet costs 55 million dollars per specimen: the F-35 costs almost double (even if the figure is destined to fall once it goes into production). But acquiring an aircraft is a "minimal" expense, compared to operating costs, that is to all that is needed to maintain an efficient fleet.

According to the Gao (Government Accountability Office, an agency serving the US Congress for the verification of expenses, ed), the Super Hornet for an hour of flight costs the United States Navy 15.346 dollars. The F-35, on the other hand, according to the Gao, will cost 32 and 500. To buy and maintain about sixty-five F-35s for the next forty-two years (and this is the case of Canada which froze the purchase of the Jsf pending developments) would require about forty-six billion dollars. The Hornet would cost half, saving $ 23 billion. The Canadian government has also contacted all the major European manufacturers asking for information on the Typhoon, for the French Rafale and the Swedish Saab. TO today, many of the features of the Hornet or the Typhoon are classified. The same applies to the F-35. The difference, however, is that all the other rivals of the F-35 are now certainties.

But if the F-35 turns out to be a flop, Italy on what could it fall back?

The Air Force, but we are always in the field of mere suppositions or even in pure fantasy, could "easily" fall back on another aircraft, but the matter would be much more complex for the Navy. The short take-off aircraft carriers available to the Italian Navy, in fact, need a new platform to replace the AV-8B Harrier II and its ability to take off short and land vertically. A replacement for the Harrier, ad today, does not exist. Should Lockeed resolve all the (presumed and actual) problems of the F-35 by the end of the development up to today found, Italy would equip itself with one of the most powerful fighters of the 21 century. If, on the other hand, the spasmodic and haunting quest to possess an invisible fighter should turn into the awareness of having an effective aircraft online, some half-price alternative already exists.