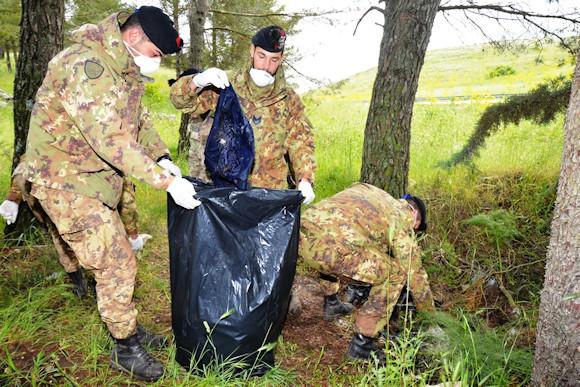 Mandrakata: "Ingenious found that allows to solve a difficult situation"

The attentive reader will not have gone unnoticed by the frequent use of the term "Dual use" in many Defense documents and press releases. But why is this term considered so important and what does it involve in capacitive terms? Is it really a novelty or is it yet another "discovery of hot water"? Let's try to find out together.

Before getting to the heart of the subject, it is necessary to highlight that the term "Dual use" it is normally used internationally with reference to goods and technologies1. This classification aims to allow both an easier control in the field of export of weapons and assimilated materials and of emerging (and non) technologies that are developed and used in the military and civil sectors. This last category is becoming increasingly important in the military field where many technologies are taken from the civil sphere and used with minimal adaptations. While up to the 80 years of the last century, the cutting-edge technologies were developed in the military sphere to then be used in the civil sphere, in more recent times we are witnessing a real inversion of "flow" due also to the huge resources investing in the field of research and technology for civil uses. The descending synergies allow a more profitable use of the scarce resources existing in the Defense field, without losing sight of the conditions and the purpose of use of the armament material.

The problem arises when to a now universally recognized methodology (materials and technologies dual use) other meanings are beginning to be given, such as those recently released by the Ministry of Defense, namely the systemic use (actually systematic) of military capabilities for non-military tasks2. 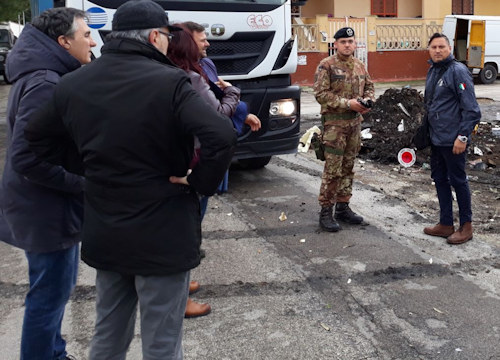 We do not want to question the possibility, already widely regulated by the legislator, of employing the Armed Forces in "Competition for the safeguarding of free institutions and for carrying out specific tasks in circumstances of public calamity and in other cases of extraordinary necessity and urgency", what we are firmly opposed to is the statement that in the light of the new operational scenarios, the use of the national military component sees and will see above all a use for non-military tasks with the consequent need to also adapt innovation and modernization in this sense.

Anyone who knows military history can bring an almost infinite list of cases in which the military, even the Italian ones, have intervened to support free institutions and to help populations hit by natural and non-natural disasters. However, the fundamental assumption is that there is a condition of necessity and urgency and not that military capabilities are used to reinforce the shortcomings highlighted in other national institutions due to incorrect planning / financing. If this fundamental assumption is not respected, the national military instrument becomes a pool of labor at a relatively low cost, with consequent distortion of the functions and of the real capacity for intervention in military tasks.

To be even clearer, the intervention in public calamities as well as the surveillance of strategic objectives (for example) is part of the military tasks even if it supports other departments. The activity, however, must be correlated to a very special event and, therefore, be limited in time. It cannot in any way become an "organic" provision, ie transferring actual military personnel to other departments, through a sort of employment constraint for the performance of "routine" tasks of non-military organizations. 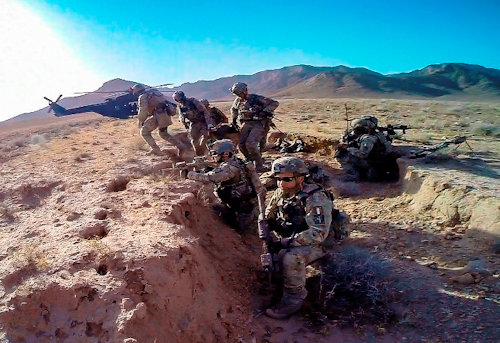 The rationale of the legislative dictation is very simple, attributing to the FA a support task, in an emergency, to the other departments, it was wished to reward the possibility of achieving a comprehensive national approach in case of need. This aspect, however, it must not in any way affect the ability of the military instrument to be able to carry out the main missions that have been conferred on it, namely the defense of the state, of the Euro-Atlantic spaces and the contribution to the realization of peace and international security.

Consequently, the legislator has foreseen that the competition missions should not "model" the military instrument that participates in these types of missions within the limits of existing military capabilities. The principle has a great logical rigor. In fact if it is logical that in case of necessity and urgency all the apparatuses of the state contribute to the collective effort, it is equally logical that they do it adapting in terms of use their abilities and not building capacity and supplying materials for the fulfillment of primary missions of other organs of the state. Otherwise, the capacitive duplications and the overlapping of competences could only generate waste and institutional chaos.

In summary, we can state that: 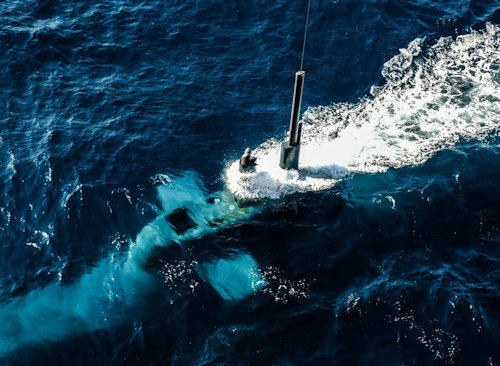 This means that the Defense will continue to have a series of capabilities that can also be used to support other ministries, if necessary, but built around strictly military needs.

Anyone who knows what happens in a high-intensity Operative Theater knows that military units must have capabilities ranging from the organization and management of ports / airports, through the organization of road traffic and the creation / securing of road routes , the logistic and tactical transport of personnel, vehicles and materials in three dimensions, land reclamation (EOD and CBRN4), the supply and distribution of drinking water and electricity, medical aid and the fire service up to the search for people or things even in destroyed buildings. All this, however, with means, procedures and techniques compatible with the ongoing conflict situations.

Much of what has been said can be transposed on the national territory, but some things are not applicable to questions related to the different applicable legislation and to the scale of the events that occurred / assumed. The opposite, however, is not possible. A police anti-sabotage team is not able to operate safely in an Operational Theater (a concept valid for all countries), just as a CBRN Fire Brigade team cannot operate in a "force on force" context or with the presence of law enforcement activities.

To think that the systematic, prolonged and systemic use of military capabilities for the tasks of other departments can favor military training (that is, the tasks for which the FA has exclusive competence) is another serious conceptual error.

If you believe, or want to make believe, that the soldiers employed in the Operation Safe Roads they are also training for their military duties, at least they are "naive". The military and public opinion will begin to think that there are not so substantial differences between the FA and the police forces. They believe that military operations are international police activities. That the equipment can be the same, or at least similar, and that the employment procedures must also be the same (same task), not to mention the way the service is performed and how the decision-making process is developed (including the "partnership" of union representation). Nothing could be more wrong! 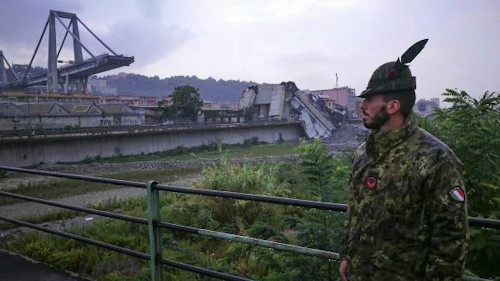 If more policemen are needed, it is right to increase the number of police or police officers. The military, thus, as the spirit of the norm says and the constitution, must be employed, possibly, in the defense of strategic objectives vital for the safeguarding of free institutions (how many objectives of Safe Roads enter this classification?), with assets and tactics / procedures typical of military forces. It is, in fact, an exceptional employment that the State puts in place in the face of an internal unsustainable threat with the Police Forces alone.

If instead you want a person in uniform, with armament as light as possible and relegated to tasks proper to the Supervisory Institutes, then the solution passes to those who in the international sphere are called "contractors". This institute also exists nationally and is used whenever a private figure is needed who has the function of "public service".

In conclusion, it is positive that the Ministry of Defense pricked the Presidency of the Council of Ministers to assume a direct and more stringent guide to international crises (including potential ones) through a multi-dimensional national approach. Indeed, looking at what happens in Libya and in the near and middle east, this "stimulus" action should definitely be more energetic, at least judging by the results produced.

As regards the dual use of military capabilities, this concept has been applied uninterruptedly for thousands of years, without distorting the Armed Forces and / or subtracting resources from primary missions. All those who have successfully applied it, however, have prepared themselves to overcome conflicts, also planning for pacification / stabilization. 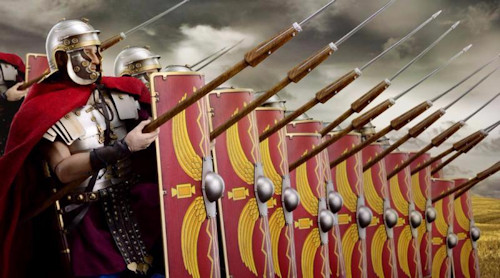 Precisely in the document of "Conceptual Integration of the Guidelines of the dicastery" the Ministry of Defense cites the ability of the Roman legions to pacify the territories conquered by supporting the territory and the population. Well! But it has been omitted to say that the Roman legions were a powerful war machine that was used for the preparation for combat, for the discipline and for the development of the tactics of the real supporting pillars. Never have we seen the Armed Forces prepare for the post-war or competition tasks alone, "modeling" the military instrument on these aspects. This, among other things in a period marked by serious financial deficiencies in the sectors of modernization and maintenance (-13% in the period 2011 - 2018, at constant value)5.

We therefore hope that the operational and training needs of our soldiers, sailors and airmen will continue to be established on the "Worst case" which is notoriously the conflict one. They will certainly be ready to help the country, the Italians and even the most distant populations in case of need and urgency, but without forgetting their raison d'être: "The defense in arms of the country as a sacred duty".

If the attention of the Ministry of Defense does not finally place itself on the support of FA primary missions and their financial support, our military instrument will be incapable of fulfilling any military mission or not, but, perhaps, this is the ultimate goal of a certain political structure. So let's have the courage to say it clearly rather than invent another Mandrakata!

1Dual goods and technologies are considered to be usable in civil applications but also in the production, development and use of military assets, they differ from weapons materials as they are not specifically designed for military use.

The need to hide from the eyes of the enemy has been a major military factor since ancient times ....
4967
Read

On 23 January, the Army Study Center held a round table on the topic of Mission Command. The event has ...
2495
Read 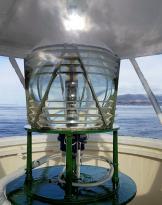 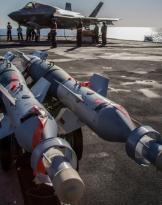 The 7 last May was held at the Military Airport of Pratica di Mare (RM) a demonstration 1 with the theme "Double ...
11687
Read 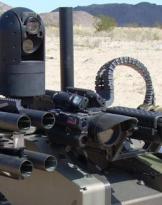 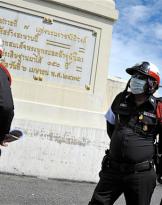 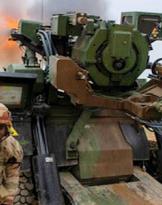