Directed by Afghanistan: the Italian protection of the skies 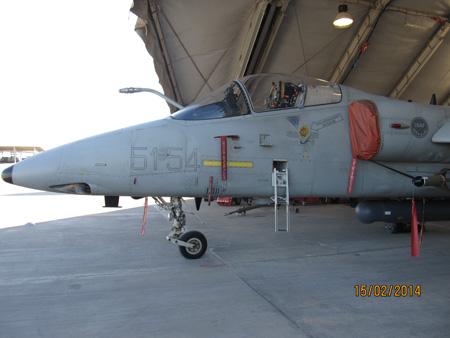 On the elections set for the 5 April and which will designate Karzai's successor in Afghanistan, an eye is pointed from the sky. A "winged custodian" who observes and scrutinizes, with the aim of ensuring the smooth running of the vote, counteracting any actions of the insurgents that could have all the interest in making the electoral operations a failure.

The keeper is called "Predator" and many controversies have always been unleashed over its use. The drones, in fact, are considered the "diabolical" tool that favors that detachment, compared to the target to hit, which according to most would lead to a greater "ease" in dropping bombs on unarmed populations.

"A mistaken idea - commented the commander of the Italian Air Force, Colonel Saverio Agresti - our boys have the conscience, the balance and the sense of respect for the rules so as not to make a difference between striking at a distance and acting while actually aboard a plane. The problem that arises on a moral level, as on the need to respect the caveats is exactly the same ”.

Whatever the idea of ​​the single on the use of the Predators, the latter - used mainly to support intelligence and to control the territory - are part of the means supplied to the Joint Air Task Force (JATF), an expression of the Italian presence in the skies of Herat. The JATF was born in the 2007 to overcome the problem of infinite spaces and the mountainous, "difficult" territory that characterizes the whole of Afghanistan.

The air assets deployed at the Regional Command West have purposes which cannot be ignored, when the security of a country and of those who work to try to ensure it are priority objectives. The monitoring carried out to support the intelligence and collect data that have the purpose of preventing or neutralizing the action of the insurgents, but also the interventions to the rescue of the means and of the men who operate on the ground, are some of the fundamental aims pursued through the use of the task force. 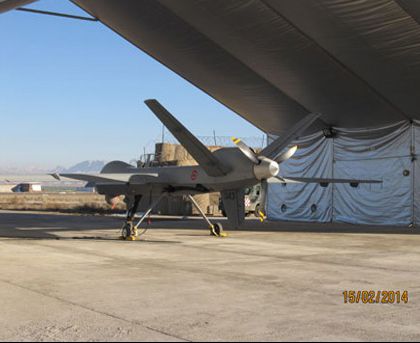 The JATF has a strong inter-force characterization, as the Navy also provides its contribution. The operational task groups, "Astore", "Albatros" and "Black Cats" of the Italian Air Force, have respectively the Predators of the 32 ° Stormo of Amendola (Foggia), the C-130J aircraft that alternate with the C-27J of the 46th Air Brigade of Pisa and the AMX fighters of the 51st Wing of Istrana (Treviso).

As mentioned, one of the aims of the task force is to face complex air operations, in which the inter-force nature of the mission appears evident and fundamental. It was in 2009 that one of these COMAOs (this is the acronym indicating a Combined Air Force) took place for the first time to protect the aerotactic transport of Army vehicles to a remote base from a possible attack by insurgents. Under the coordination of the JATF, Army A-129 Mangusta combat helicopters, CH-47 Chinook transport helicopters and an Air Force Predator remotely piloted aircraft rose from the Herat military airport. Through this joint action, a Lince armored vehicle weighing seven tonnes and a snow track vehicle weighing six tonnes, supplied to the Alpine troops, were transported. The whole operation could take place only after the Predator had carried out a reconnaissance mission on the area where the armored vehicles would be transported.

The role of the Air Force in guaranteeing security therefore appears more than clear and takes place not only in the Afghan skies, but also on the ground. It is on the ground, in fact, that the Riflemen of the Air meet, whose task is to guarantee the safety of the Herat airport and of the forces operating in the area up to about six kilometers beyond the airport perimeter. The battalion of the fusiliers of the air represents the ground defense group of the forces protection department of the air force (the 16 ° Stormo, set up at the base of Martina Franca, Taranto). Among its activities is the fundamental one of recognition and deactivation of explosive devices. But a rifleman must also guarantee the ground defense of sensitive targets, the control of the territory, the provision of checkpoints where there is a need.

Thus, between the earth and the sky, the Italian air force moves to accomplish the objectives of the ISAF mission and restore stability and security to Afghanistan.

(Images of the author: an AMX aircraft, a Predator drone, air rifle patrol around Herat airport)